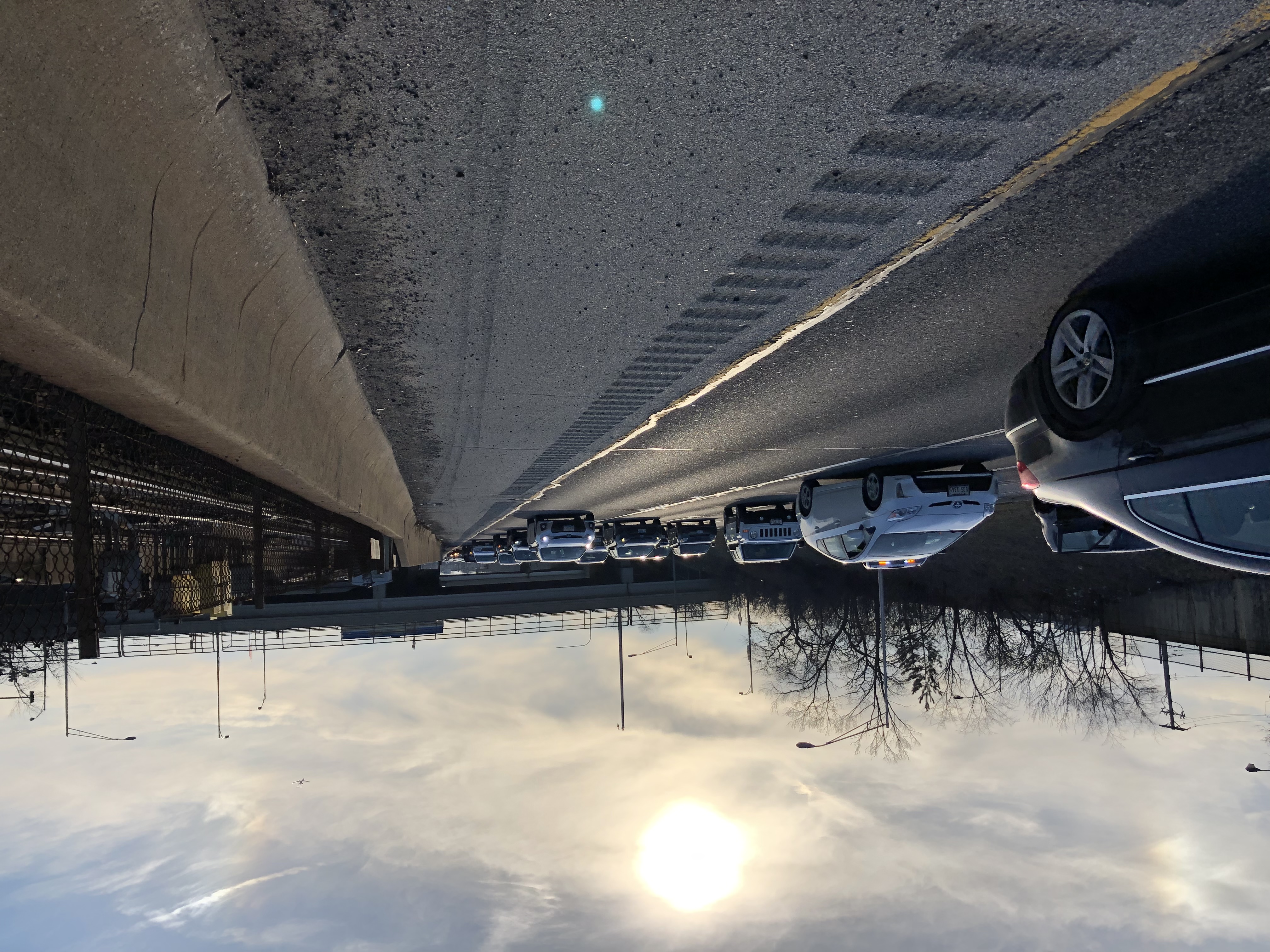 So Earl and I were on our way home from the airport. This involved a ride down “the Kennedy”, known to visitors as Interstate 90 though here in Chicago we call the expressways by their names, not their numbers. Unless they don’t have a name then we use their number. We have to say something.

The Kia Soul came to an immediate stop, the VW Jetta was pushed to the left and came to a stop. Earl and I stopped in the Jeep and got out to make sure everyone was OK. Earl called 911. Another motorist stopped as well and we agreed the Kia Soul couldn’t be moved (airbags had been deployed and the front end was a mess) but there didn’t seem to be a risk of fire. The Jetta was able to be moved and we moved it to the left side of the road to free up a lane or two on the expressway.

Both drivers were pretty shaken; a third motorist stopped and helped the guy in the Kia out and over to the right shoulder; we stayed with the young lady in the Jetta on the left shoulder. She was a little frantic as she had never been in an accident before and didn’t know what to do. We talked her through the basics: take photos of the vehicles, tell the police everything, get a police report, get insurance and driver information, etc. We stayed on the scene until the police and fire trucks arrived. One or two passerbys screamed at us for being there I guess but for the most part traffic moved pretty well. It was slow moving but it was moving.

Once the officials were there they asked us a couple of questions, thanked us for stopping at the scene and we were on our way. They even blocked traffic so we could get the Jeep off the shoulder and back on the roadway.

I don’t think I feel the need to walk on the Kennedy again. It must more suited for safe driving.