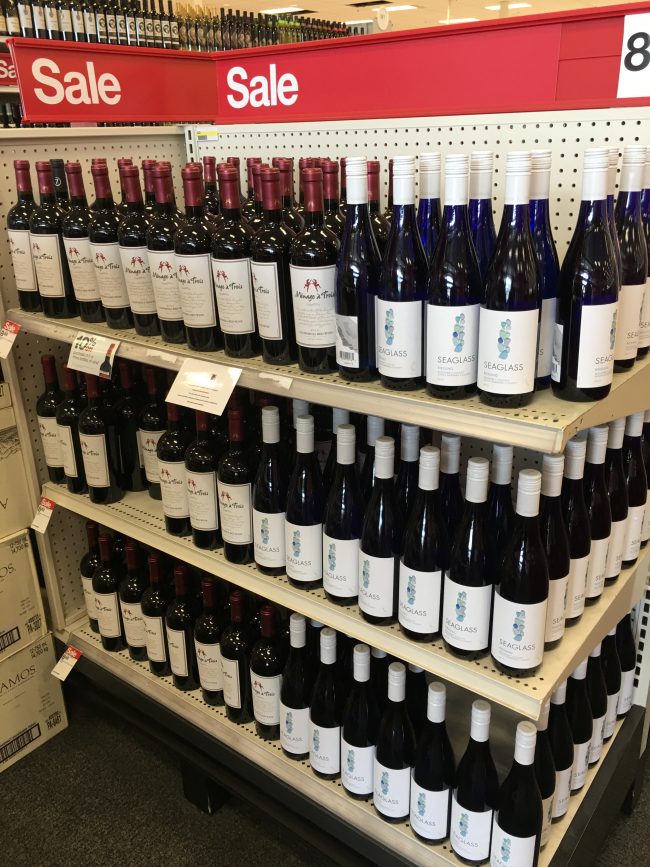 I lived in New York State for 46 of my 49 years in this life. The other three years were spent in eastern Massachusetts. Back when I lived in Massachusetts I would find differences in how things out in society worked when compared to New York, for example, the grocery stores in Mass. carried wine whereas New York grocery stores only carries beer, wine coolers and things like hard cider and Zima.

Walking through the local Target store today I discovered that in Illinois one can easily purchase wine just about anywhere. In New York you have to go to a liquor store. A walk through our neighborhood CVS Pharmacy a little while ago revealed that in Illinois one can also purchase rum and vodka (in addition to beer and wine and the like) at a drug store. New York State politicians would be clutching their pearls about this state of affairs. In Illinois it just is.

Not to harp on drinking, but New York State’s laws on when bars close vary from county to county and sometime city to city. 2 a.m. is the common closing time, but Buffalo and New York are 4:00 a.m., some cities are as early as 1 a.m. I grew up near a “dry” town, a township where no alcohol was sold. There isn’t much to do there.

In Illinois it varies by municipality, but as I understand it, during the week last call is at 2 a.m. and on the weekend it’s 3 a.m. unless the establishment has a license that extends additional two hours. So on Saturday, some bars in Chicago can be closing as late as 5 a.m.

Even though we’ve lived in Illinois for only four days I’m finding myself quite comfortable here. I spent some of the weekend driving to different places with Earl so that we could get some things for the condo that aren’t really accessible by train. Driving around the city streets isn’t awful. The grid system in Chicago makes it relatively easy to navigate. For me, driving in Boston back in the day was always a nightmare. While Chicago drivers are aggressive, and there can be some hollering and the like, the drivers seem to be fairly predictable. In Massachusetts you never knew what was going to happen. And don’t even get me started about Utica, New York where we used to live. When the traffic light turns green you must wait for three or four more cars to go barreling through the light before even thinking about doing what the green light says to do. And god help you if you’re in the left turn lane trying to make a left turn. The person turning left from your right will do everything they can to nearly clip the front of your car. People have no idea how to turn left in Utica, N.Y. Don’t go there.

I’m quite aware that Earl and I are still in the honeymoon phase of our move to Chicago but I don’t care. I’m loving it and I’m embracing it. It feels comfortable.

I’m already used to this.