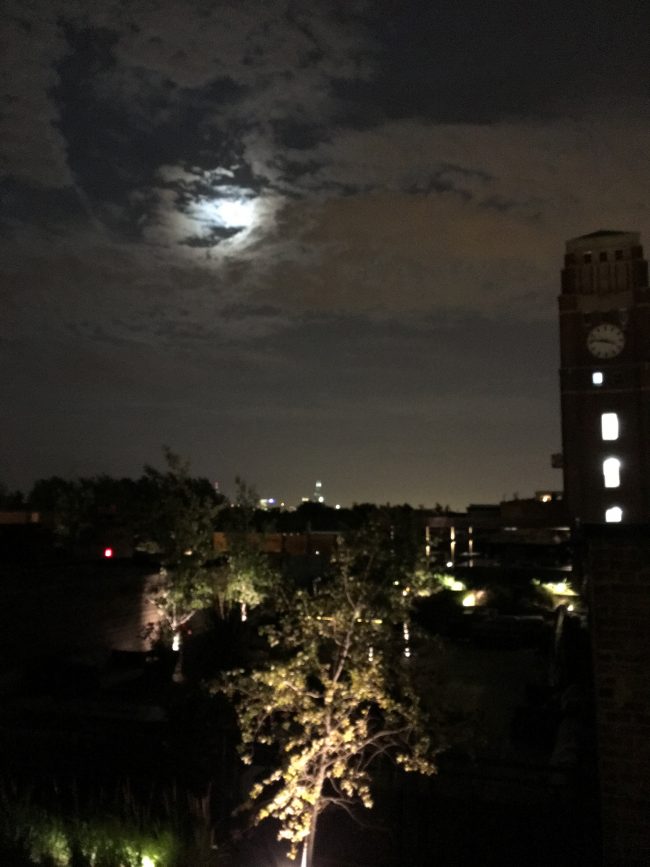 Earl and I have been sleeping on an air mattress since closing on the condo on Wednesday morning. Our new mattress doesn’t arrive until Monday; the other pieces arrived yesterday but the mattress is trailing along. It’s fine and sleeping on the air mattress isn’t as bad as I thought it would be.

It was about 10:30 PM of the night we moved in when we discovered that the washing machine in our condo has some really bad bearings. The washer works fine but it sounds much like the Space Shuttle at take-off when it’s spinning. Earl and I walked the length of the building during the spin cycle and you can hear our washing spinning from one end of the building to the other.

What a great way to impress our new neighbors.

Tonight we ordered a new washer and matching dryer at The Home Depot. The units will be delivered on Thursday; we’ll limit our laundry activities to daylight hours in the meanwhile.

We have been living the “big city life” since starting the move in on Wednesday and every minute has been pure bliss. I love being able to walk where I need to go. I love having things to do within walking distance. Earl and I are slowly exploring the nooks and crannies of our neighborhood and we’ve been visiting some places in nearby neighborhoods as well. Yesterday we experienced Illinois’ version of the DMV. The Jeeps have new license plates but the driver licenses will have to wait until our next attempt of such an adventure, which will probably take place in a couple of weeks. Luckily, Illinois gives us 90 days to transfer our driver’s license.

Three days in Chicago has taken me away from social media a bit and honestly that’s a wonderful thing. When living in Central New York we often turned to social media for entertainment. There’s just so much to do in The Windy City that I’m finding that I don’t turn to Twitter to see what chaos is happening in the world. I’ve been keeping friends and family updated on Facebook with an update here and there. I’m still not a fan of Facebook but because so many folks are using it, it’s the easiest way to reach out to family and friends. I keep trying to drive them to the blog but having a blog seems so 2001.

By the way, this blog turned 16 years old this week. I’ve been updating this blog since 2001, when I first wrote about flying with my Dad in his Acrosport II for the first time and going to the Field Days (town carnival) in my hometown.

My blog was on the leading edge in 2001. In 2017 it definitely feels like it’s on the trailing edge. Why march in step with the crowd when you hear a completely different song?