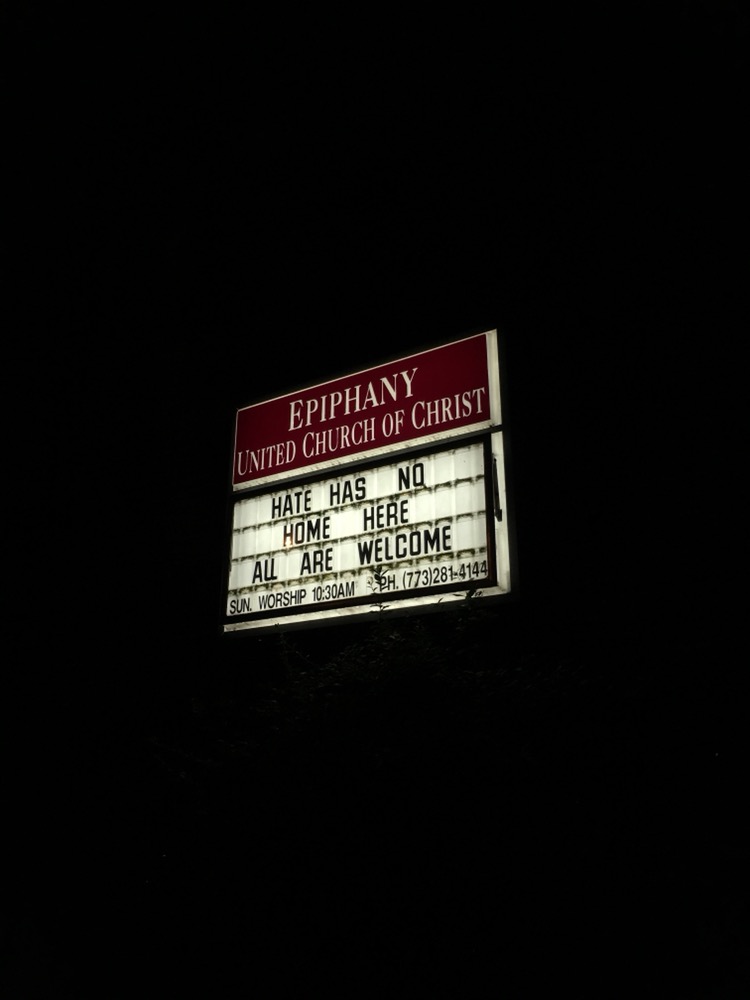 One of the things I found encouraging when we were talking about moving to Chicago was the obvious signs of tolerance, acceptance of all kinds of love, and the shunning of hate in any form. Before moving here I walked through several neighborhoods exploring the vibe of the area. Many of the churches, of many differing denominations, would feature messages such as the one shown in the photo I snapped last night. A good share of the signs would feature a gay pride flag. Rogers Park, Albany Park, Wrigleyville, North Center: I found these hopeful displays of acceptance in all of the areas that I explored.

Many homes and businesses within a one mile radius of our home have a gay pride flag displayed in their window. Many more have signs of “Hate Has No Home Here” and “All People Are Equal”. 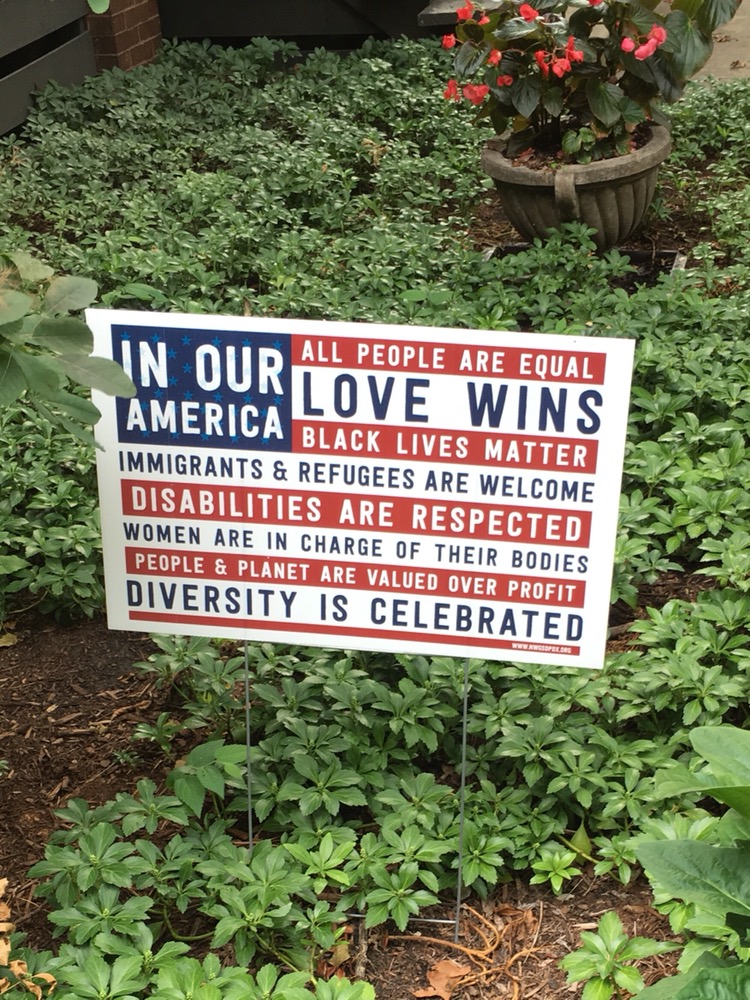 These displayed have helped me find hope in these turbulent times in our society. When Trump was elected president I pretty much lost all hope in society. I am still quite worried about the future of these United States, because hate has been validated by the very hateful leader that was elected by a minority of our population. But as a few have been quick to remind me, sometimes it takes a giant swing of the pendulum to get it to swing back in the other direction. Having moved away from a very red part of a blue state and into a bluer area of the map has opened my eyes to a future that is once again attainable.

We just need to continue to stand up, speak out, and more importantly, have hope.