With the arrival of the New Year I decided to ramp back my listening habits when it came to politics radio. This has not been an easy task, what with my selected satellite music stations playing the same handful of 70s and 80s songs over and over again. Sometimes I’m not in the mood for music and I feel like I need some intelligent discussion so I find myself back on POTUS channel 124.

I was trying to get away from politics radio because honestly, I find it disheartening to hear politicians in D.C. congratulate themselves for some of the worst representatives of the population in the history of the nation. Plummeting job approval records are for a reason, and that reason isn’t to find an excuse for a raise. Citizens are so polarized these days. It’s either very black or very white with no room for the grayness of compromise along the way.

I like to think that things are going to change for the better with the New Year, but then we hear stories like this: Christie on Bridge Scandal: ‘I Knew Nothing About This’.

If you’re unfamiliar with the story, back in September, Bridget Anne Kelly, one of NJ governor Chris Christie’s Deputy Chief of Staff, worked with an inside at the NY-NJ Port Authority and purposely orchestrated a traffic jam inbound on the George Washington Bridge at Ft. Lee, N.J. For several days. Because Fort Lee mayor Mark Sokolich did not support Christie for the governor’s race.

Mayor Sokolich won his race by a landslide.

Motorists were held up for hours. Kids couldn’t get to school. Emergency Medical Services were delayed, including the ambulance that carried a 91-year old woman in cardiac arrest to the hopsital. The woman later died.

This delay was orchestrated out of spite. It sounds like a page from a script of “The Sopranos”. There’s more detail here.

This is exhibit A as to why I’m ramping back from politics radio. Stupid people are electing stupid people to power and then the stupid people in power are doing really stupid things. Stupid is winning. I seriously believe that we are in the opening moments of the movie “Idiocracy”.

Then we have the fine folks in Utah who are basically playing whiplash with the emotions of some of its citizens. You couldn’t get married if you were gay, then you could, now you can’t and if you did, you’re not married anymore, the state won’t recognize it.

Sorry, but that’s bullshit. That’s the Utah state government going out of its way to make things as awful as possible for same-sex couples.

Do we see the theme? Governmental officials making things awful, all based on personal agendas. Where’s the good? What happened to our elected officials representing the people that elected them? 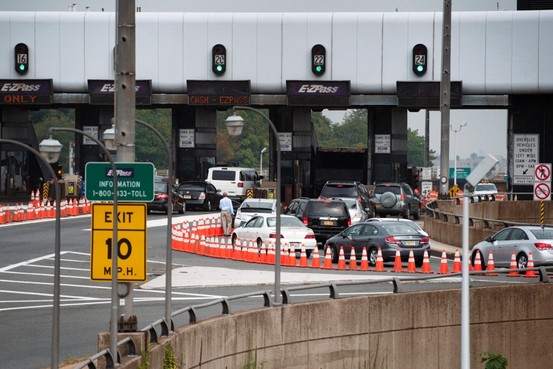 Photo from The Wall Street Journal.