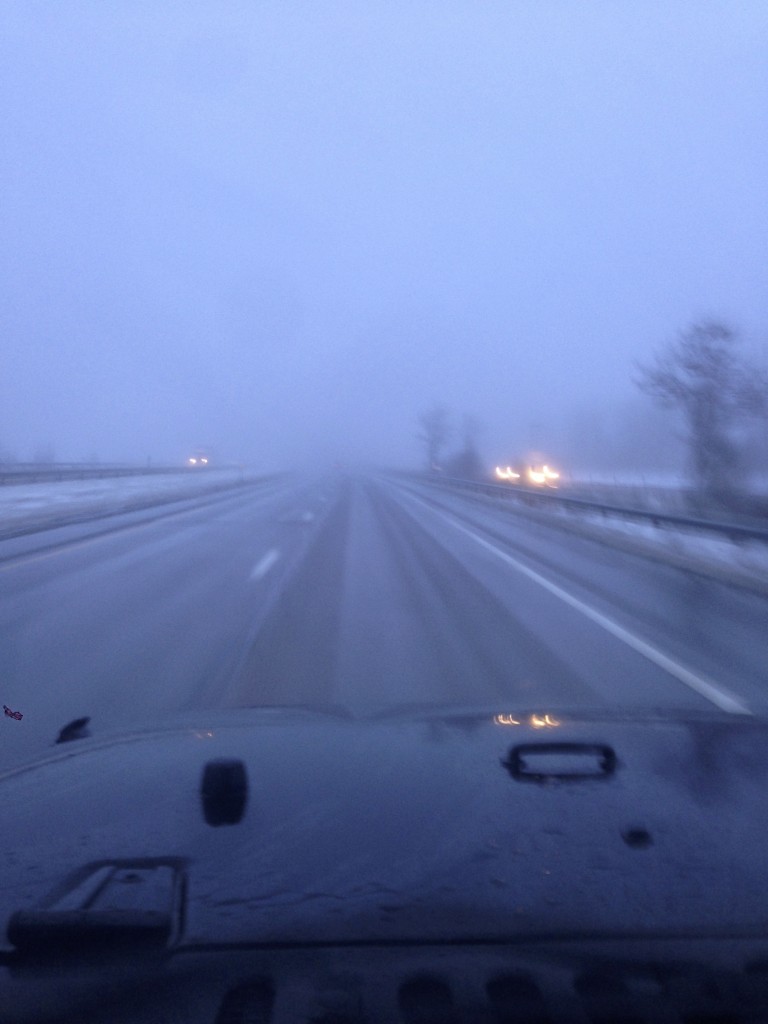 I admit it, when I left for work this morning I was in a crappy mood. I had looked at my schedule for the day and I had six hours of meetings on the calendar. I had to work at the office today, ending a two week run of home-office productivity. I’ve never been one to fit into the “one size fits all” mould.

Driving into work I couldn’t bear the noise that was coming from the radio. Local stations, Sirius/XM, talk, music, nothing fit my mood. Honestly, there were only two things that could have put me in a better mood in that moment: 1. snuggled under the blankets for a few extra moments before working from home or 2. flying an airplane somewhere. Neither was bound to happen anytime soon.

I settled on driving to work in silence. I didn’t even talk to myself. There was no singing to the radio, no screeching at the political commentary I might have landed on, no, instead I just listened to my thoughts and the pounding of the Jeep tires on the wet pavement.

I exited the Thruway at the least used interchange on the roadway, went through the tolls and prepared to descend the hill and make the left-turn required to follow the back roads for the remaining portion of my commute. While the Thruway was wet, after all it was 51şF at the time, the local roads were still covered with slush. I slid right through the intersection and was unable to bring the Jeep to a stop when I wanted to. The pilot training must be taking hold, because I just calmly herded the Jeep over the shoulder of the road and purposely ran through the rumble strip that is designed to keep motorists awake. The extra friction brought the Jeep to a stop.

I never panicked. I didn’t yell. There was no cursing. A couple of years ago, while driving the old Jeep to work I found myself sliding sideways headed toward a sign that proclaimed “EXIT 28”. In the middle of the skid I found time to yell “Shut Up!” at the radio and turned it off before finally getting the Jeep out of its skid. I didn’t have to yell this morning. There was no noise to distract me.

There’s a lot of chatter in our world today. Facebook notifications, Twitter updates, instant messages interrupting our training of thought, bing, bong, boo. I must be getting old because I want the noise to mean something. I don’t want frivolous things flung in my direction, if there’s going to be noise, it better have a purpose.

After bagging the idea of taking the back roads to work (after the skidding incident), I jumped back on the Thruway and stayed on the wet pavement that wasn’t slippery. It was a few extra miles out of my way but I still made it to work in plenty of time. The radio remained off. My mood softened.

Aside from the rhythmic pounding of the Jeep tires, the silence was golden.