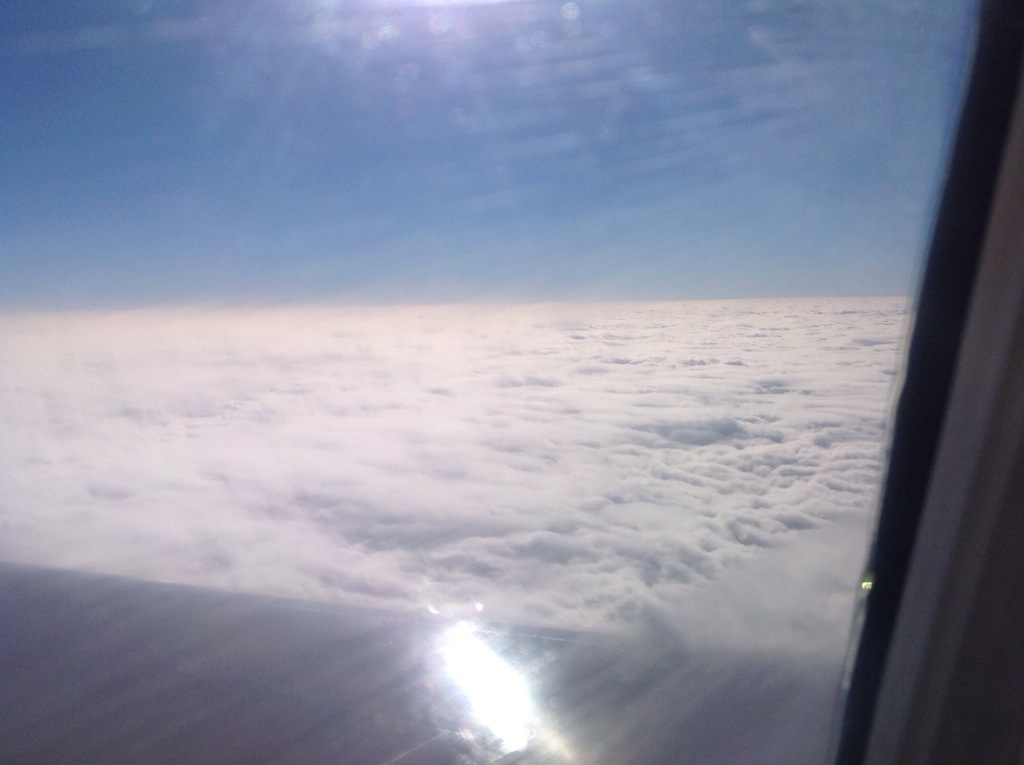 Earl, Jamie and I are sitting aboard United flight 5986 headed to Dulles. I’m sitting in seat 20A on this Embraer EMB 145. Ironically, the seat is a 1/2 inch wider than the seat I will be in on the 737 from Dulles to Orlando.

This is the first commercial flight I’ve been on in nearly two months and it’s the first commercial flight I’ve been on since starting my training for my Private Pilot License. While as a passenger I have always paid close attention to what is going on in and around the plane, this is the first time that I’ve paid super close attention to runway markings, taxiway signs and the like. Back in the day when I was a passenger with my dad, the small airstrip had lights on each side of it and two numbers made out of embedded cinder blocks. That was it, other than the markings of runways 16 and 34, it was a mowed out hayfield. Learning to fly at Griffiss Airfield is much different than the environment that my dad learned to fly in. One is not better than the other, it’s just different, and this is where my path and goals of becoming a pilot are different than my Dad’s.

My flight instructor and I talked about this a little bit when we met on a Friday. Many of the student and certified pilots fly like my dad did: they love to fly, they want to fly around the local area a bit and they might want to build a plane or two. I think that’s awesome. I know that I spent many hours flying with my dad under these intents and it is what fueled my love of flying. However, my goals of becoming a pilot are a little different. In addition to loving being in an airplane, I want to explore as a pilot, much like Earl and I do in the Jeep. We will be flying to airports we’ve never been to before. We’ll fly to weddings and family reunions and all that. If the weather is good, we’ll fly if we can and the thought of this makes me so amazingly happy.

I have no desire to build planes. The type of craftsmanship involved is something that I did not inherit from my dad or my grandfather, but Earl knows that I absolutely want to own a plane someday. I see us flying in a Cessna 182 or a Piper Cherokee 180. While waiting for our flight this morning, I told Earl that maybe I won’t ever retire and instead I’ll fly tourists around in the summer months and give them a tour of the 1000 Islands or something. After the brief shock of dollar signs flying above his head, Earl smiled.

I have tried many different ideas during my 45 years in this life, and if I allow myself to have one regret, it would be that I didn’t pursue this passion soon enough. The emotion, rather the _elation_ I feel when I fly is something that I can’t adequately put in words. It’s kind of like the elation I feel as a married man.

I’m the luckiest man in the world for finding my passion and being able to pursue it. Onward and upward.