So today Earl and I made the trek to my hometown in a pickup truck. Today was the first day I had step foot into my Dad’s house since the beginning of 2012. The reasons for the long stretch of not visiting the house is not really important.
Per my Dad’s wishes outlined in his will, the estate is getting ready to list the house for sale. This involves cleaning out the contents, making sure things are in order, etc. My aunt and uncle have been handling most of this and quite frankly I am very appreciative of their efforts.

Since it was most likely the last time I would be in the house that I grew up in, I took a few moments to reflect and remember the good memories I have of living in that house. We had moved into the house the night before my first day of fourth grade. Dad had been building the house for two or three years prior to our moving in; the house wasn’t completed that first night we slept there. I remember Mom not having a stove at the time (it was on back order), so she was making everything in an electric skillet. 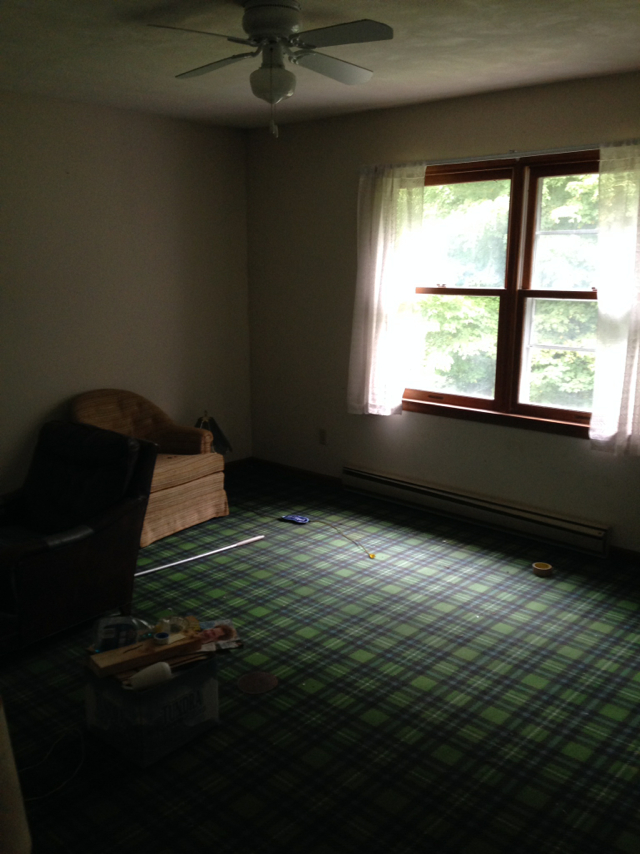 This room was my bedroom. The carpet is original to the house, the walls are lighter than the matching green paint that was chosen for me shortly before we moved in. The ceiling fan was added long after I had moved out on my own.

Earl and I loaded a couple of things into the pickup truck we had borrowed from his work for the occasion. We have two small pieces of furniture that match our house in a very natural way.

I walked the property, visiting the barn that my father had built in the 90s. The barn still smells new. It’s where he finished building the plane that he ultimately flew for his very last flight. I didn’t know a lot about that plane but I know that he was excited to build it.

Going through some of the stuff in the garage I did find the checklist that he used for the 1940 J-5A that he had restored in the early 1980s. The checklist was my contribution. It was typed by me on a manual Smith-Corona typewriter. I remember typing two identical copies up for him as if it were yesterday. 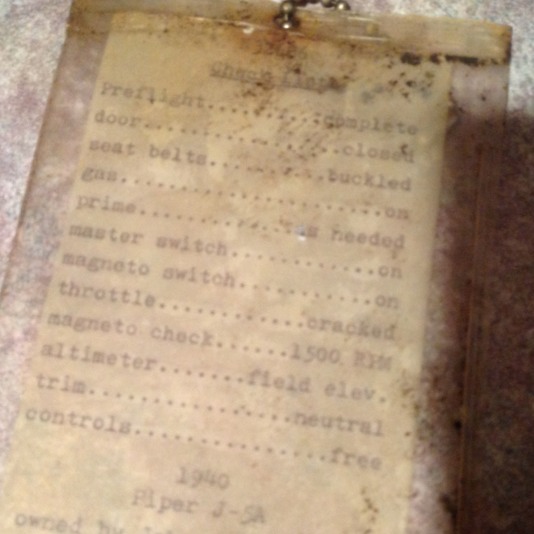 After gathering the few things we wanted from the house, I decided to walk the front half of the back eight acres. The property is actually 10 acres, with the front two being the site of the house and the lawn. The remaining eight is bisected by railroad tracks that aren’t nearly as busy as they used to be.

The woods were my domain when I was a teenager and I was always outside on some sort of personal adventure whenever the weather permitted. Being the road geek that I am, I had a “road map” of the woods laid out in my head and I even marked these imaginary roads with paper road signs. My geekiness hasn’t died off as I’ve grown older. I loved those woods, and I thought it was appropriate to go for one more walk. 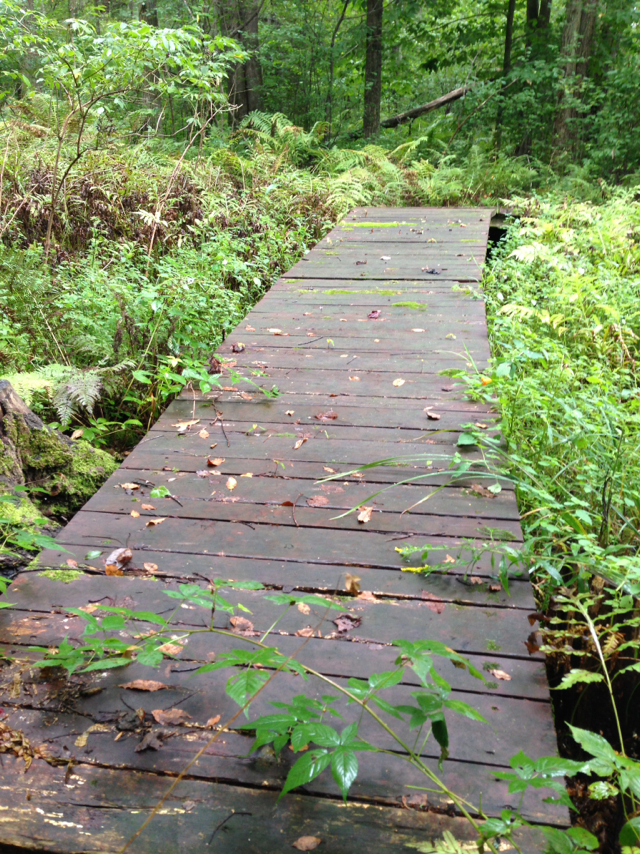 Dad built this bridge over a swampy area around 10 years ago. While starting to show its age, I think the bridge is still holding up well. The path leading up to either end is barely discernible, but I was able to find my way. I guess the road map in my head still lives on. Dad’s paths followed my trampled down paths from years earlier. 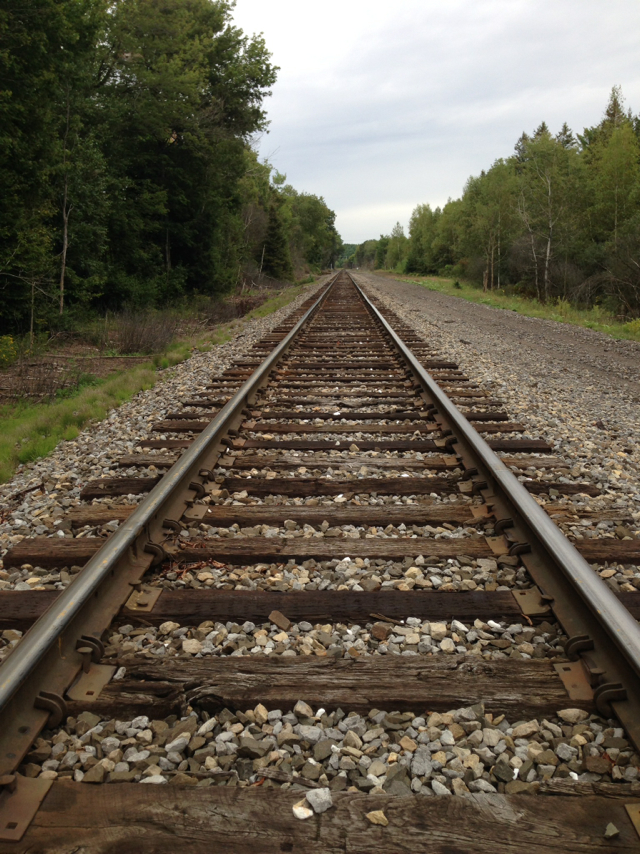 Facing east on the railroad tracks. The tracks are actually a north-south line that runs from Syracuse to Watertown, however, a short section runs from east to west. When I was younger trains seemed to pass by every hour or two. Before my day there was a second set of tracks (as seen by the roadway on the right). 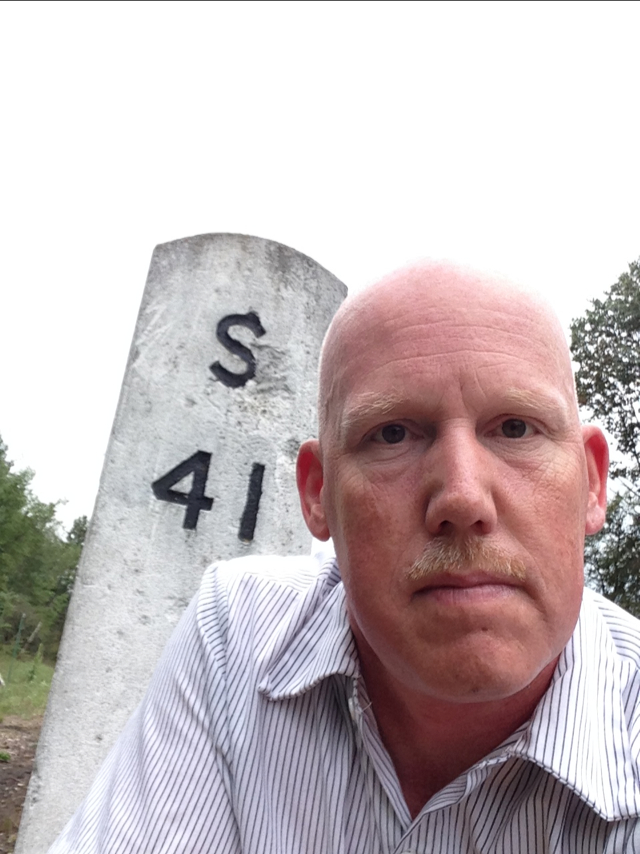 I always used this marker, which indicates that Syracuse is 41 miles away, as a guide to know where I was when I would come out of the woods and end up on the tracks. It’s about a 1/3 of the mile west of my Dad’s property but it was a good orientation beacon when I was a kid. I surprisingly jogged the distance from the far side of Dad’s property to this marker to snap this photo. I guess being in the woods helped me find my youthful energy again.

After we said our goodbyes, I told Earl that we had to make a run into town before heading home. We stopped at the Byrne Dairy in the center of town where we both enjoyed a chocolate milk. 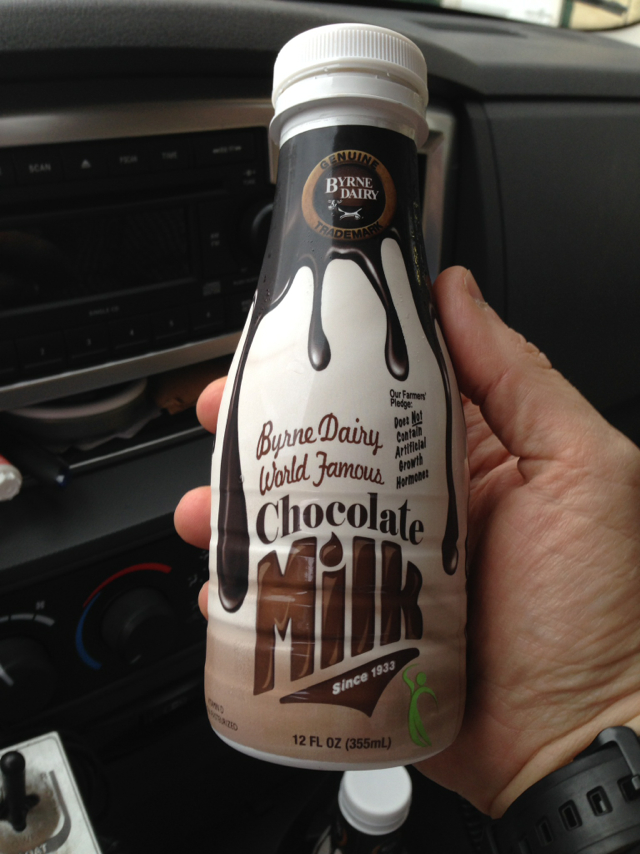 All in all it was a good day today. I have been going through old yearbooks that I inherited from my Dad’s estate this evening. I never knew that my grandmother had collected yearbooks for many years and they are in pristine condition. Kinda cool.