Now, my tweet relating Instagram and the Mayan Prophecy together was my attempt to be humorous. Apparently others found a chuckle in that little tweet because it was retweeted several times. Honestly, I don’t know if the tweet was directed at me and quite frankly, I don’t care if it was or not.

The person that sent out the first tweet has mentioned the end of the world and all of that in some recent blog entries as well and obviously the mention of things such as the Mayan myth and all that are making him cranky. Everyone has their own spin on their existence in this world and I think that’s great. The fact that we’re all unique is what makes the world go ’round. Truth be known, I’m kind of hoping something conscious shifting happens soon in our country but honestly, I doubt it will have anything to do with the end of the Mayan Long Count calendar. I also don’t think the end of the world is coming. It’s kind of fun to read these websites that talk about polar shifts and a second planet coming into orbit around the moon and the sun blowing up, but in reality, I think we are going to be on this planet for a while still so I’m not expecting anything, well, Earth Shattering, on this Winter Solstice.

That being said, I don’t know if my blog entry and my tweet had anything to do with inspiring the other person’s tweet and mundane lives and all that. I don’t know if this person still reads my blog. Many of the bloggers I have followed have all but given up on the craft, which is a shame, because in the long run I believe that a life, however mundane, deserves more than 140 character blasts of nonsense in a stream of lots of other nonsense. Taking the opportunity to sit down and write thought out entries, with complicated sentence structure and all the frivolity that comes with it, is good for my mind.

I am me. I am proud of being me. I am happy that I’m me and I wouldn’t want to be anyone else.

As mundane as that sounds.

Earl and I were somewhere along Interstate 10 between Baton Rouge and New Orleans, during our vacation a few weeks ago, when we stopped at a McDonalds so we could use the bathroom. It was a relatively lonely place in rural Louisiana and the McDonalds had only a few people in the restaurant. Earl and I zipped to the back of the store to do our business.

Always feeling somewhat obligated to make a purchase when we use the bathroom at a place like McDonalds, I told Earl I would pick us up a couple of unsweet teas (vs the ‘unsweetened iced tea’ found in the northeast) and then we could continue our drive.

During our visit to the restroom, four school buses apparently descended upon this relatively lonely place in rural Louisiana and emptied their entire contents into this little McDonalds. The place was mobbed.

While Earl and I waited for the cashier to ring up the sale, get the unsweet tea and process what was happening with the crowd, I noticed that numerous members of this visiting high school party had started snapping self-photos with their smartphones. There were single self-shots, self-shots of pairs and self-shots of four or five people. All of the subjects of the photos tended to be women except for one guy that was running around. He was a little breathless.

In every single photo, each participant of the shot made “the duck face”. Even the breathless guy did it. 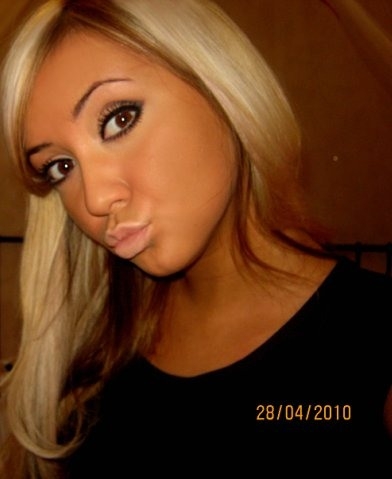 This was the first time that I had noticed The Duck Face in action and apparently it is in full force as The Thing To Do.

Can someone please explain to me what the purpose of this Duck Face pose it? It isn’t particularly attractive. It doesn’t convey any sort of frivolity, happiness or overall pleasantry. In my personal opinion, it looks kind of stupid, but I suppose some could say the same about me and my idiosyncracies.

I just don’t get it.  I must be falling out of touch with all that’s hip. Maybe that’s a good thing.

Update: I thought it would be appropriate to show another example as to why The Duck Face can ruin an otherwise moderately enjoyable photo. 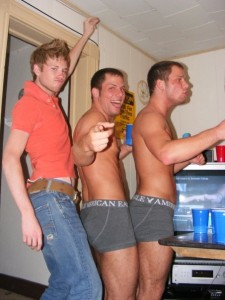