So this past weekend was spent in New Haven, Connecticut. Aside from the E-Z Pass fiasco of yesterday, it was the perfect weekend and luckily, a long weekend for me.

The reason for the trip was the spring performance of the Connecticut Gay Men’s Chorus. This year’s theme was “69: Still Divine.” They sang songs from the year 1969. The show was comprised of several medleys that were themed: “TV themes” (my friend Greg can belt out the theme from Star Trek like nobody’s business) “Girls Night Out” and “Keep The Faith”. And of course, no celebration of 1969 would be complete without the Laugh-In joke wall and someone dressed up in a Cindy Brady wig as the guys sang the theme from The Brady Bunch.

Here’s Earl, Jamie, Jeff and I waiting for the show to start at the Shubert Theatre. 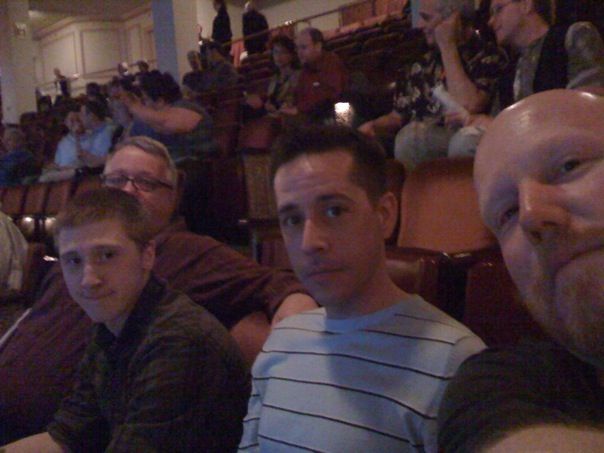 There is one more show of the season, next weekend at the Bushnell in Hartford. If you’re in the area I highly recommend attending the concert. It’s a lot of fun.

After the concert we headed over to the York Street Café for a couple of O’Douls and then called it a night.

Sunday we had a breakfast brunch at Greg’s. Earl and Jamie headed back home, Jeff headed back to New Jersey. I had a long weekend at my fingertips so I stayed around was joined by our friend Dave.

Here’s Greg and I waiting for Dave’s train from Manhattan to arrive. 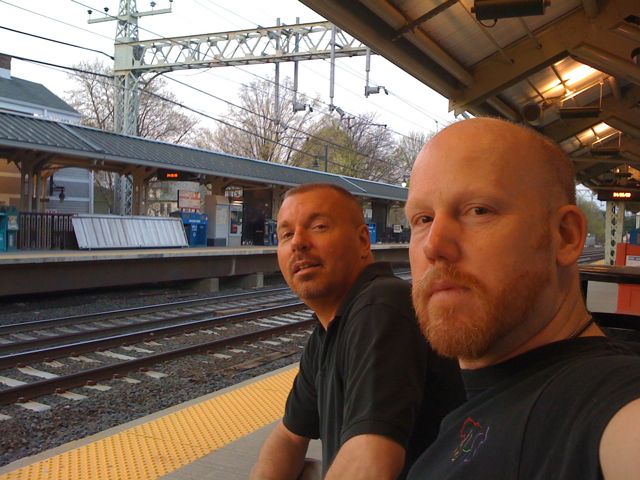 Sunday night Greg, Dave and I went to ‘Bar’ in New Haven for pizza and salad. When it comes to pizza I prefer a thin crust and ‘Bar’ is really good at the thin crust. Their mashed potato pizza is really, really good. Dave and Greg pose by the brewing apparatus as we are waiting for our seats. 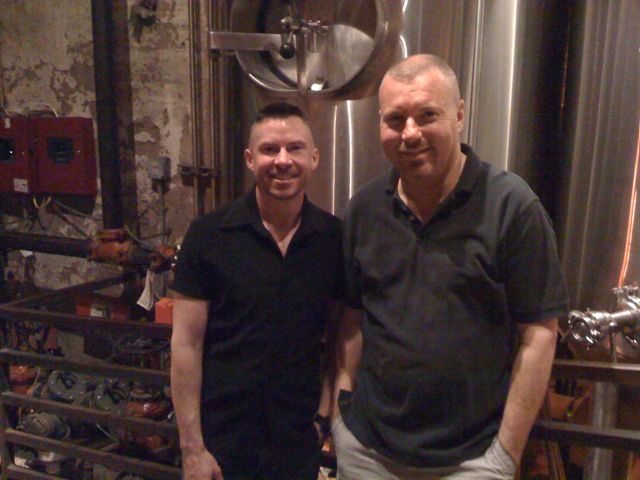 As our table was being cleared, the previous guest there decided it was important to tell the hostess how terrible the service was. This proved to be just the yapping from a cranky woman, as the waitresses provided us with excellent service. Perhaps we were friendlier looking or something.

Yesterday I took Dave back to LaGuardia and then tried to navigate to the Major Deegan without a map. I ended up taking the long way around a bit (the Battery Tunnel was involved) before I found the West Side Highway and made my way up to the GWB and jumped on the Major Deegan, but all in all it was a good ride (aside from the E-Z Pass fun).

The weather was spectacular, the company was grand, the hot tub was bubbling and those important to me were all generally in the same place at the same time.

All in all it was a great weekend.