Thirteen years ago tonight Earl and I had our first date. That first date is never ending. I still see fireworks when he walks into the room. 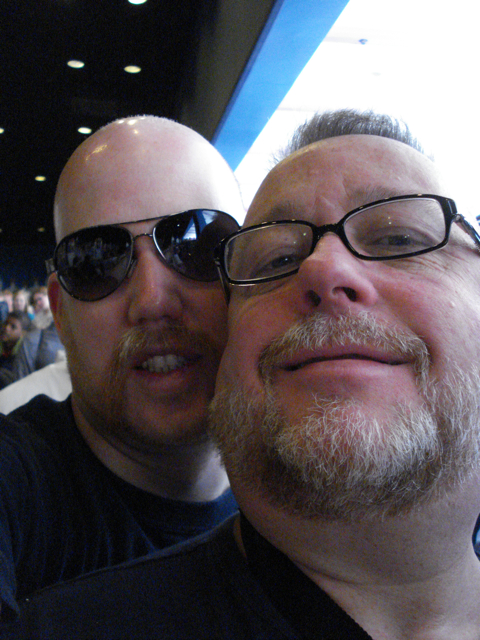 Yesterday I mentioned on Twitter (and Facebook, because my two accounts sync automatically) that I was looking for a new background image for my iPhone. I’m not big on using photos for background images, though I do feature various airliners and airplanes on my desktop at work; I prefer to use a nice graphic that looks kind of techish, is rather on the dark side and usually has a splash of colour that isn’t too Fisher Price looking.

Since the debut of the iTunes App Store I have seen what I considered to be one of the best backgrounds featured in ads. So I dropped a note on Twitter yesterday saying that I was seeking this out. Within minutes I had leads on what I was looking for from my friends (thanks for all the help!) Apparently, the background that I was looking for doesn’t technically exist and the Apple ads are actually featuring a game called “Tap Tap Revenge”. Each ad featured a score or a game level or something in the middle of the graphic. I wanted just the background colours and design with no type at all on the screen.

A little searching around last night gave me the opportunity to find enough differing screenshots so that I was able to cobble something together that looks really good on my iPhone. I know that you can see where I did a little cutting and pasting (and Greg, a graphic designer, is probably cringing at my hack job), but here is what I came up with.

Feel free to download and use at your leisure. 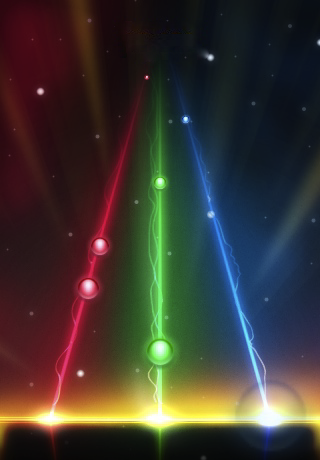