One of the most aggravating things about today’s digital world is that the music industry refuses to give up it’s old business model (and the shady deals that go along with it) and step into the 21st century when it comes to music track distribution.

As a former Program Director of a Top 40 Dance radio station, I spent many years working closely with record label representatives and playing the game associated with getting a track on the radio and into the ears of listeners. The system “back in my day” (the 90s) was rather shady; there’d be ominous warnings of a song coming out but we couldn’t play it before a certain date, though we had the record right there and were trying to compete with a similar station across town with who would play it first. Then the week before the “big date” would come along and there’d be flights to New York for dinner, schmoozing and flirting (regardless of sexual orientation) going on, all with the hope of getting the “big add” on Tuesday, when two or three songs (of my choosing, depending on my mood from the schmoozing) would make it to my playlist. I really didn’t like playing the game back then, though I admit I liked the jet set lifestyle that was associated with it, but I went along with it in the interest of doing what everyone else was doing in the industry and making the Spice Girls or whomever look really popular by joining every other station in the country adding “Wannabe” at once. (I met the ladies at a convention right after “Wannabe” hit the air, they were cranky.)

A while back I mentioned, courtesy of Joe.My.God. – a man who has a VERY good ear for music and an awesome knowledge of dance music, that U.K. artist Shena was releasing a ‘Nu-Disco’ track called “Can’t Stop The Rain”. The song is outstanding, has a very cool retro vibe to it and quite frankly is a blessfully wonderful breath of fresh air when compared to the shit that passes off for pop music these days. The video has been available on YouTube for a while. Like a law abiding consumer I have waited for the opportunity to legally purchase the track from iTunes before loading it on my iPhone. Despite my renegade ways from my radio days (for example, I played a song called ‘You Thrill Me’ by Madonna, which prompted a cease and desist order from Warner Brothers Music as a result of label reps passing through the area and hearing my station), I figured it would be best to support Shena through her label and play the game the right way.

I went to Shena’s site this evening and noticed that “Can’t Stop The Rain” is now available on Amazon, iTunes, HMV and 7Digital. Here’s the rub: it’s only available to consumers from the U.K.

I don’t know when the U.K. label is going to strike a deal with the U.S. label to offer “Can’t Stop The Rain” over the WORLD WIDE WEB and quite frankly I don’t care. I tried to play by the rules and purchase the song. I made an attempt. If the record company can’t adapt to the 21st century then why should I have to wait for them.

I now have “Can’t Stop The Rain” in glorious 320kbps on my iTunes and iPhone. It took a little effort but it’s mine to enjoy. 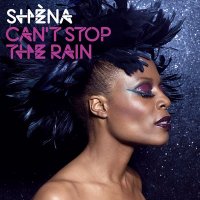 All you gotta do is ask.