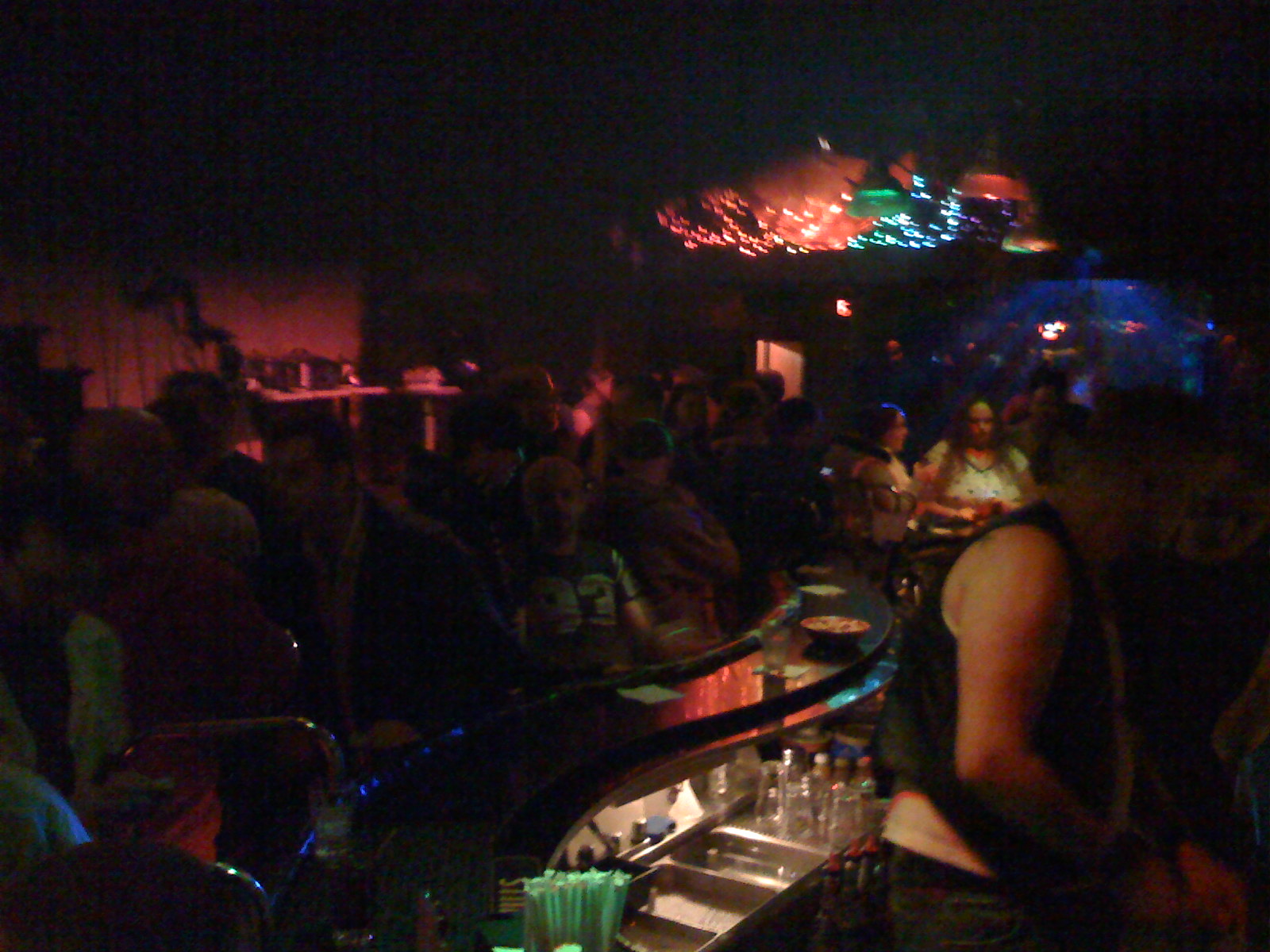 So last night Earl and I hosted “Bear Night” at the local bar. We do this every couple of months in an effort to bring out the less than typical gay men out of the wood work and give them the opportunity to meet guys like themselves.

The festivities were quite enjoyable last night though it wasn’t quite as busy as the night we hosted in October. We still had around 100 pass through the door. Earl made some meatballs and other nibbles for the buffet. Our friend Marc, the owner of the bar, hired a DJ from out of town to mix it up a little bit. This surprises some with me being a DJ and all, but I’d rather be a host than DJ on these particular nights. While I love spinning the tunes (and can’t ever seem to stop wanting to do it), the DJ booth tends to isolate me from the rest of the crowd and I like to mingle with the natives when the opportunity arises.

The crowd was curiously mixed last night but still quite enjoyable. The only crisis was that a lesbian had become over zealous with her pool stick and sent the cue ball flying down the nearby basement stairs, where no one could then find the cue ball so we had to shut down the pool table.

We are planning another night in a couple of months.