The snowfall has been impressive thus far, especially since today is officially the first day of winter in these parts. I cleaned out the driveway for the third time this weekend as Earl took a few photos.

We have about 12-18 inches of snow right now. Truth be known, I’d rather snow blow the driveway than mow the lawn. 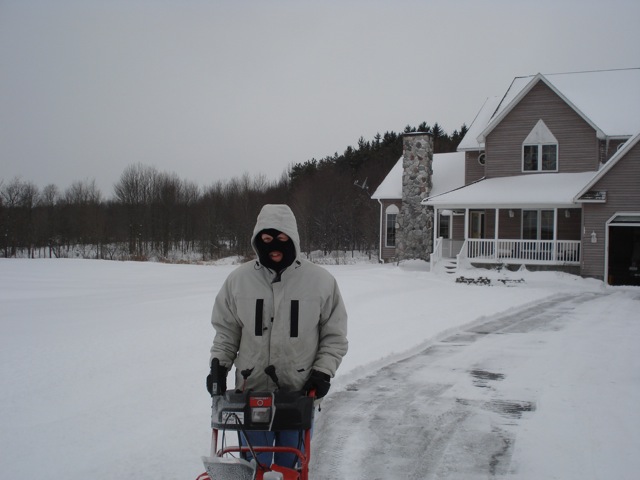 I mentioned in an earlier post that Earl and I hiked across the construction zone at Carousel Center to get to and from the remote parking lots. The hike included throwing the gifts over a chain linked fence so that we could cut through this engineering wilderness.

Here’s a photo of the bags we were carrying as we made our hike.

*Notice Earl’s “Canada” sweatshirt. I purchased it for him in Charlottetown, PEI in the summer of 2007. A little, angry man came up to Earl in the mall yesterday and told him that “his country is a pipsqueak version of the United States”. He fled before I could throw the angry little troll over the railing. No one insults Canada around me. 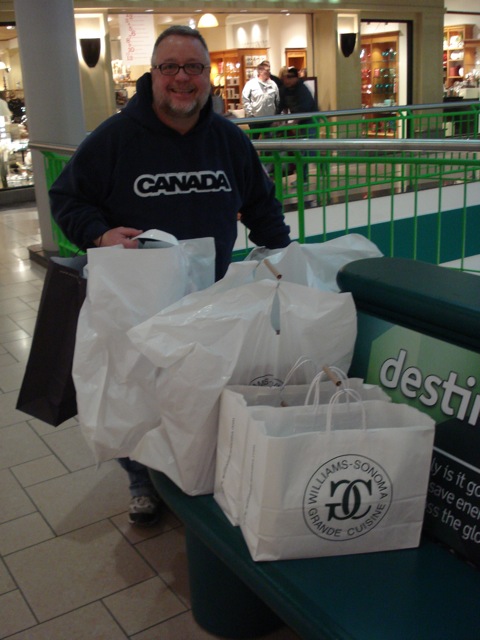 Carousel Center in Syracuse has begun it’s long promised goal of becoming the largest shopping mall (amongst other grand things) in North America with it’s evolution to Destiny USA. Because of this evolution, about a third of the parking at Carousel is gone and being replaced by a building.

Like many of the folks in our area, Earl and I went to Carousel yesterday to finish up the bulk of our holiday shopping. Figuring I would never be able to get to the mall lots, I opted to park in one of their remote facilities that offered shuttle service to the mall. The lot was about a half mile away from the “regular” parking lots.

The wait for the average motorist to get into the perimeter of the mall was around 90 minutes yesterday. The entire parking lot, perimeter road and feeder roads were all at gridlock. No one was moving anywhere.

Including the shuttle buses.

So Earl and I did what many others did. We hiked through the snow from remote parking, weaved our way through stopped cars and crossed through a blocked off construction area to make our way to the mall. We even escaped the mayhem by cutting through a hole in the chain link fence. Though it was quite chilly we had a great sense of accomplishment.

The return trip was more interesting, because the hole in the fence wasn’t big enough for the our packages to fit through, so Earl threw the packages OVER the fence and I caught them on the other side. Once we made our way through the hole we then found ourselves locked into the construction area as the work had ended for the day, so we had to shimmy over another fence and slide down a tall jersey barrier that plopped us right into the middle of the perimeter road. Lucky for us traffic was at a stand-still (and the commute time had increased two two hours!)

Laverne and Shirley would have been proud. 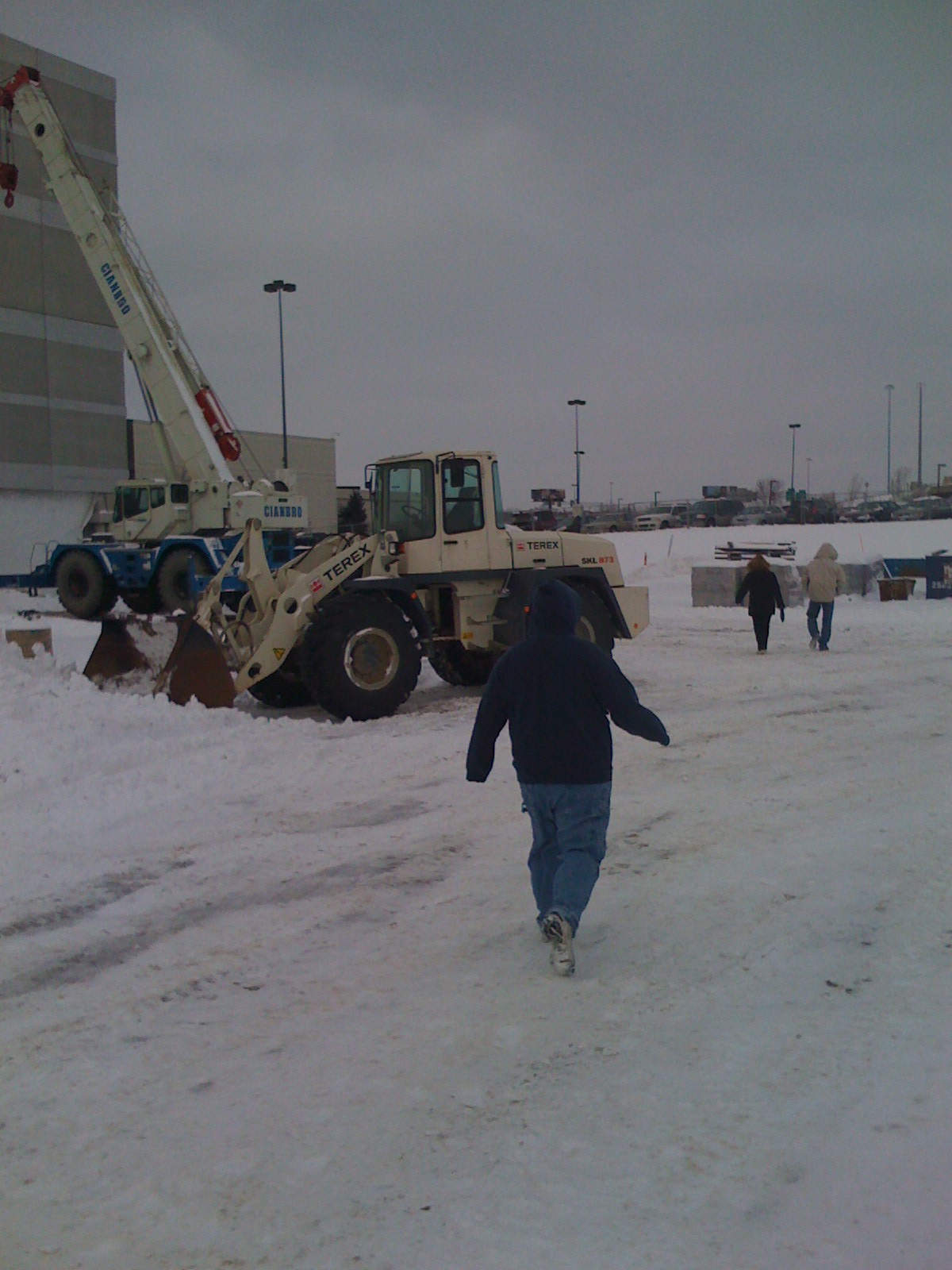