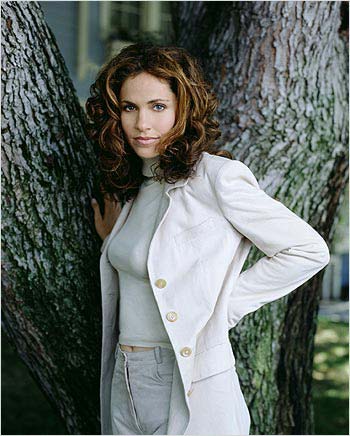 If you’ve followed the blog for a while or seen my populated ‘list of quirks’, you’ll know that I am quite bitter about CBS’ cancellation of “Judging Amy” a couple of years ago. There are many reasons for my bitterness in which I won’t bore you with the details (you can read old entries here, here and here) but one of the main reasons for my angst is that Amy Brenneman is one of the few women on the face of the earth that can turn my head. She’s my Elizabeth Montgomery of today’s times.

A spin off of the popular “Grey’s Anatomy”, which I’ve never watched in my life, “Private Practice” follows the story of one of the more popular characters from “Grey’s Anatomy” and spins her into a co-op type medical practice in L.A. The cast is quite impressive, as it includes Kate Walsh, Audra McDonald, Taye Diggs, Tim Daly and Amy Brenneman, among others.

I haven’t really been excited about this new television season. Our TiVo has been whittled down to “Heroes” and “Las Vegas”. There’s nothing else that has really captured my attention (except for a SciFi remake that I REFUSE to watch and urge any and all to boycott for a number of reasons) but Earl saw that Amy was on a new show so he added it to the To Do list on the TiVo.

He’s such a good man.

It did all these things well. There were a few over-the-top moments, but hey, people expect that and it’s a cut throat industry now – big ratings immediately or down the toilet you go.

“Private Practice” has earned a spot in our TiVo to do list. And once again Amy graces our screen.

All is right with the world.