I woke up in the best mood. I felt awesome. I had a great night’s sleep, my morning walk went well, the weather wasn’t horrible. I was feeling great.

After my walk I got back home and like I always do, I took a peek at Twitter and Facebook. I scrolled quickly through the latter. I don’t like lingering on Facebook too long. And then I took a gander at Twitter. Even after much attention at curating and muting and the like, I found my mood dwindling. Crazy members of congress. Wretching and the pandemic. This is not good. A bunch of woe is woo woo.

I refused to let my mood be deterred and closed down social media. I decided to watch an episode of “The Ghost and Mrs. Muir” instead. The helped bring my mood back to my “first thing in the morning” levels and all was well.

When Twitter first came around it was quite fun to participate and meet people. Today it feels like social media just screams in your face. Even if you’re looking for pictures of Bodega Cats or something.

So instead of going to Twitter, here’s a random picture of a Bodega Cat. 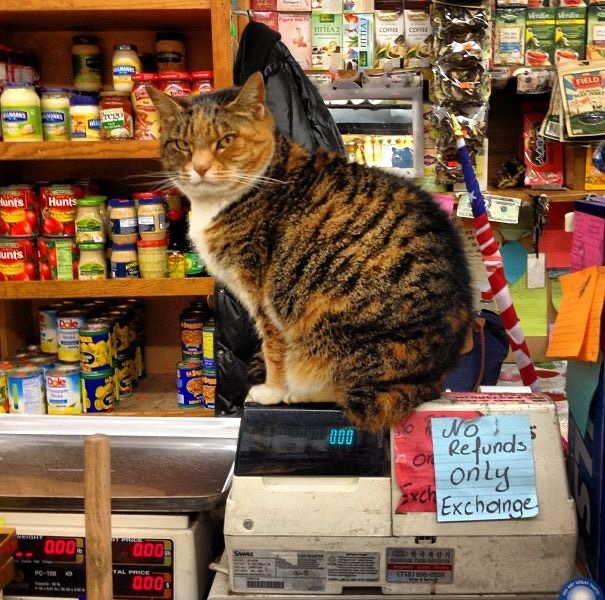 See, isn’t that great for the mood?