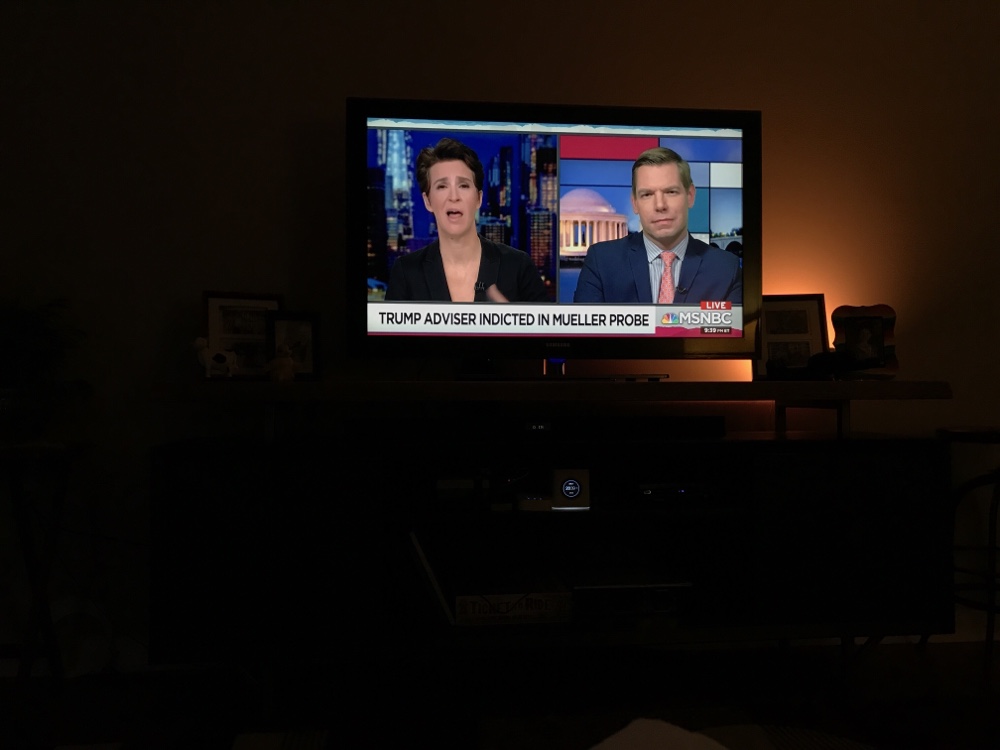 So, is there anything going on in the news today? I hear Ann Coulter is not happy because Trump did not heed her words. She spat a spite tweet and tried to garner more notoriety for herself. Her brand is notoriety.

Earl and I are watching The Rachel Maddow Show this evening. Earl’s been watching the news all day today. During my workday I monitored the slowing down of the nation’s airspace due to staffing issues at key Air Traffic Control Centers in Jacksonville and Boston. Once air traffic in and out of the New York airports started happening, it was only a matter of time before Trump finally caved and realized he isn’t going to get money for his stupid wall.

When I was younger I never realized the stark differences in political beliefs between my paternal and maternal sides of the family. There’s a reason I’m little bit country and little bit rock ‘n roll.

Apparently Bernie Sanders is announcing his intent to run for the presidency again. Someone needs to tell Bernie that his services are not required. He won’t make the spotlight this time around.

It’s way too early to decide who I like for presidential candidates for next year’s election. It’s interesting to see how the field is starting to fill up. I have pretty middle of the road standards for presidential candidates. Despite my rantings and ravings during this miserable, failed hissy fit of an administration, I am solidly in the political center. Since it’s going to be cold this weekend I’ll probably write more; perhaps I’ll share an updated bullet list of my political beliefs.

It makes for fun reading.