When did I become so serious? I read my blog entries from 10 years ago and back then I wrote like the gay, male Erma Bombeck. Hell, if I thought it would get a laugh I’d throw on a wig and a dress and start in with a Dayton, Ohio accent. I’d sound like Emma Thompson on “Ellen”.

Looking through my old blog entries I realize that my hilarity (that’s quite an air of grandiosity I have there) stated to fade a bit when George W. Bush was President. After 9/11, I felt like I should be more invested in the state of the country, hell the whole world, so I started paying attention to what was going on in the news and I got all serious about it. Then someone told me I wasn’t militant enough as a gay man. I should stop eating Chick-Fil-A and I should become indignant when someone does something I probably haven’t even noticed, but everyone else in “the community” clutches their pearls and makes a gasping noise. I know, we’re suppose to do things for each other as members of the LGBTQQI (did I get it all?) community, but the fact of the matter is, I’m a really bad gay man. Getting back to the porn thing, I don’t like things in my pooper, I don’t really like playing with other poopers, and I don’t really feel any sort of thrill watching two guys play with poopers. I think Barbra Streisand seems talented but her songs don’t really take my breath away, the only thing I feel is a sinus headache when Mariah Carey makes that whistling sound, and I sure as shit can’t stand it when Christina Aguilera is trilling and yodeling the word “yeah” all over a simple melody that my 8th grade chorus could sing back in 1982.

I like the cows and I like waffle fries and I like Polynesian sauce and I’m seriously not going to feel guilty if I indulge in these things once in a while.

The other thing that’s really taken the wind out of my funny bone is the election of this stupid, ignorant, piece of trash of a human being currently in the Oval Office. Seeing who supports such a horrible person, regardless of what he does, has quite frankly scared me. I’ve always known that there are stupid people in the world, it’s just that I didn’t know there were so many of them and that so many of them were so close to my inner circle. Trumpians like to say that we’re angry that “we lost”. First of all, I’m not as leftist on some things as one would think. Second of all, I don’t believe the country should be made up of teams. Thirdly, the last I knew we were calling ourselves “The United States of America” but there’s hardly anything ‘united’ about us anymore. And it’s these realizations that make me feel very serious. But how am I changing the world by losing my sense of humor?

This afternoon when Flaming Cheeto appeared at a Press Briefing, surrounded by bald men, proclaiming the grave situation about the southern border, I couldn’t help but laugh. 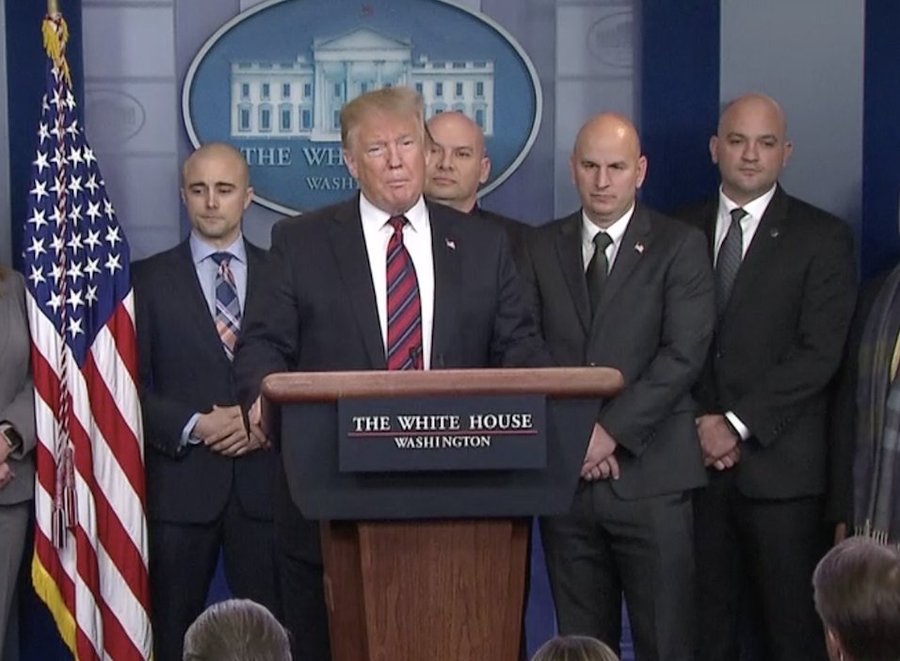 I made several snarky comments on Twitter about how I wasn’t going to shave my head anymore because I didn’t want to be perceived as one of “those guys”. I also commented how the one on Trump’s right looked quite sad because he was upset that the others had shaved his head right before he went out into the Press Room. I mocked Lord Orange Whippy Whip over his unbelievably shitty tan and honestly, I screeched at CNN for giving this guy even two minutes of air time so he could broadcast another publicity stunt obviously designed to steal thunder from Nancy Pelosi returning to House Majority Speaker and the swearing in of an incredibly diverse House of Representatives.

I’m sad that I can’t ask my Dad what he thinks about today’s Republican Party. My dad and I talked about politics once, and that’s when he told me I should register as a Republican so I could get somewhere in business in Upstate New York. (I was planning to register as an Independent). He ran his hand across the “R” levers in the voting booth without hesitation. But in my heart of hearts I can’t believe that my father support would support what the GOP has become today. Maybe it’s wishful thinking of a 50-year old kid at heart reminiscing about his dead dad.

I guess I find it hard to laugh when I’m worried about the state of the country. There’s a funny grandma in Alamance County in North Carolina who doesn’t cuss in public like I do. Her name is Jeanne Robertson and she tells everyone at every one of her speeches, “find the humor in every situation”.

I need to do more of that again. Long live the name Day-Glo, Flea Dipped Asshole. 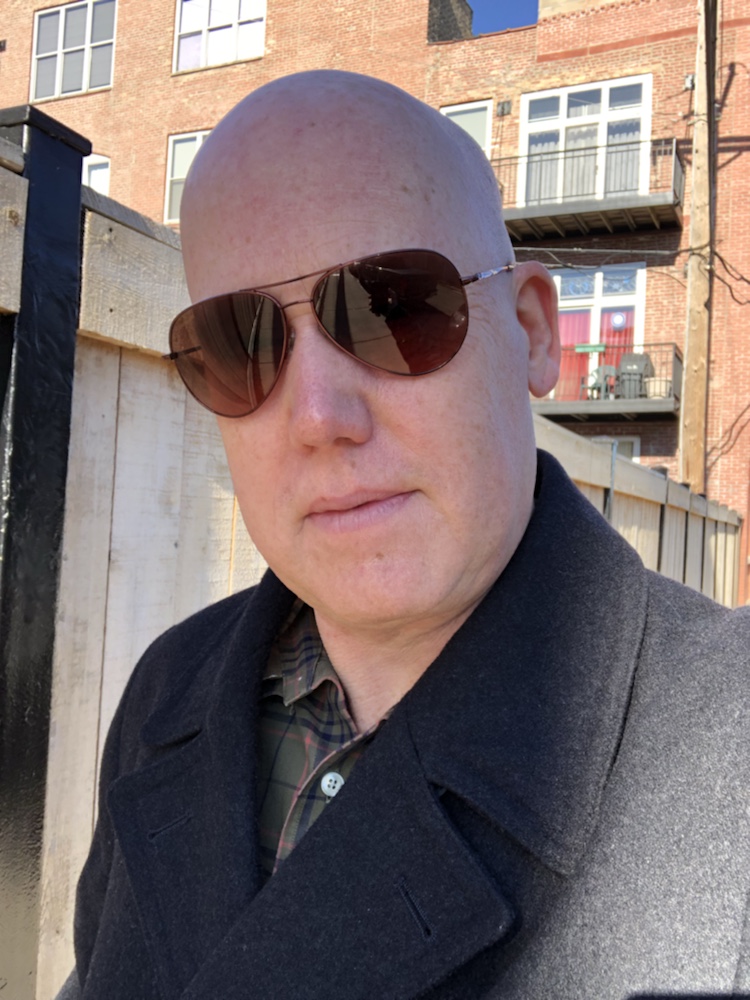 It’s the perfect day to fly here in Chicago but I’m doing the desk job thing today. So instead I’ll put on the new aviators I got for Christmas and go for a walk around the block.

Flipping through Twitter this morning, I found a link entitled “Rules for Maintaining Your Sanity Online”, originally posted by Sean Blanda on “The Discourse”. I’ve highlighted the ones I found particularly compelling.