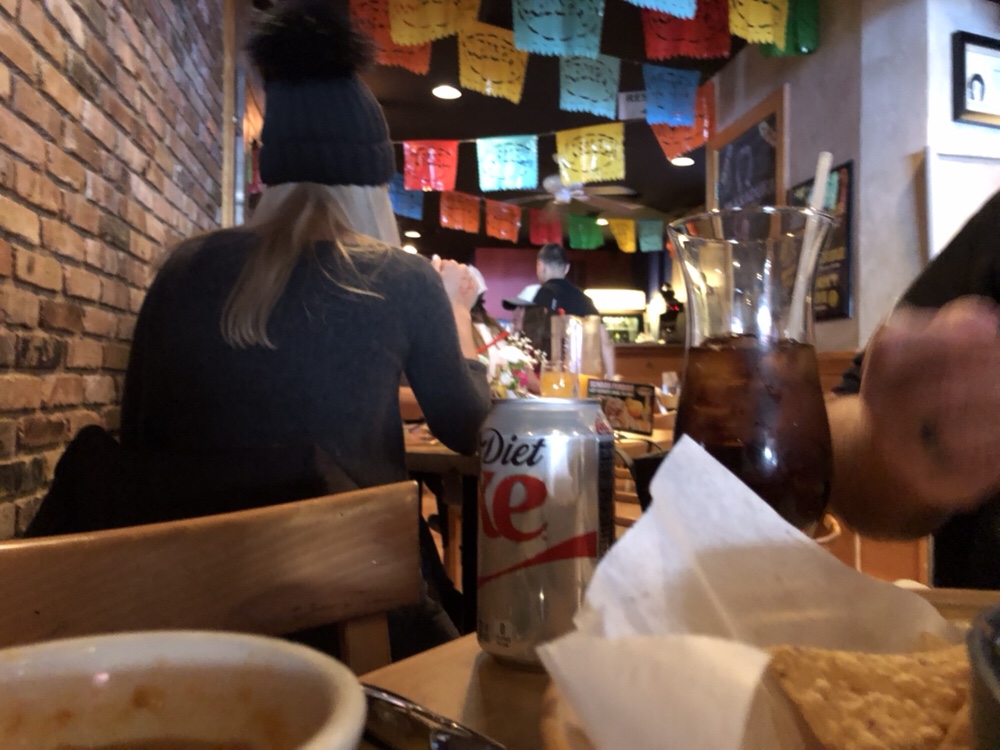 So Earl and I had brunch at a local Mexican restaurant. It was a good Sunday afternoon experience and we had a nice time. See my Yelp feed for my review of the space. If you’re not following my Yelp feed you should. I actually contribute.

I kept getting distracted by the ladies at the next table; one of them had their phone set to flash the camera flash with a quick burst of strobe every time she received a notification of some sort. Honestly, I didn’t know an iPhone could do this. Apparently a vibration isn’t enough, we need to beam a bright flash from telstar.

This got me to trying to observe how these two ladies were using their phones during their brunch. One ate with one hand, her phone never leaving her other hand. She wasn’t engrossed with the phone but rather the two of them seemed to be talking about whatever was happening on their phone. A quick glance at a screen made it seem like they were talking about Snapchat. The other, the one with the strobe notifications, was using Instagram a lot. She left the phone face down on the table when she wasn’t looking at it. This made the strobe more prevalent.

It was interesting to me that it seemed like their technology wasn’t a distraction from their conversation but rather an integral part of their discussion. Maybe the younger generation has been rewired for multitasking. They looked like they were having a great time. And that’s what’s important.