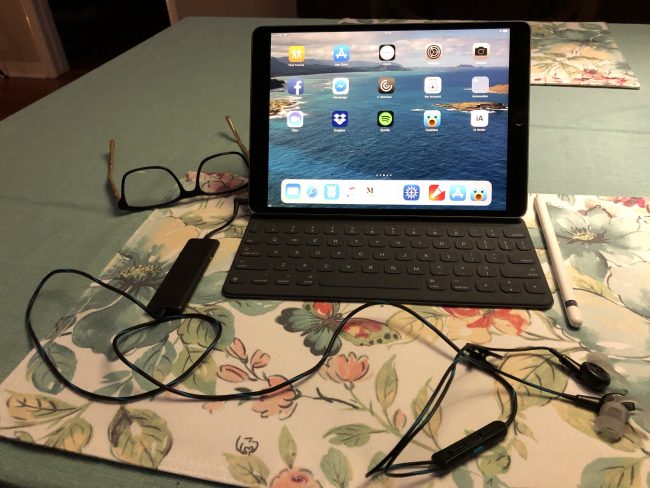 I was recently chastised on Twitter for mentioning that I had “OCD tendencies”. I don’t remember the tweet that I was responding to at the time, oh, yes I do, it had to do with people still criticizing Apple for “the notch” in the iPhone X. I said that if I could survive using an iPhone X 18 hours a day with the notch not bothering my “OCD tendencies” then it must not be a big deal.

The criticism was you either have OCD or you don’t, it’s like being partly pregnant and you can’t do OCD part way. Well excuse me for living.

I didn’t bother replying to the criticism about my choice of words surrounding OCD because it wasn’t really worth my time and the exercise would have been futile. I’ve never been clinically labeled with OCD but I can tell you this:

My productivity practices, which include both my personal and professional lives, involve using a very specific way of me keeping my “to do” list organized. Because of my love for Apple products, I have always used macOS and iOS based software to manage all of my thoughts and subsequent Task Lists, namely using the software OmniFocus. I’ve used OmniFocus for many years. When work took away all the Macs and told us we had to use a Windows laptop to stay in compliance with company IT practices, I lost my ability to access OmniFocus on my work computer. This change in policy took effective October 1, 2017, and since then my focus has been less than stellar because I’ve been trying to find a way to compensate with some sort of “cross-platform” approach. The “OCD-like” side of me is bothered by the fact that I can no longer access the same list from all of my devices. I’ve tried a number of solutions to no avail:

I’ve ended up firing up my work Mac, which I still have in my possession with a claim that I need backup in case my Windows laptop dies. As a remote employee I always need a backup plan. This is working fairly well except that it’s bothering me to have two different laptops sitting on my desk. The Mac isn’t allowed to officially talk to the work network anymore, but it does work with the Office 365 connection so I can get to email and push things from my email into OmniFocus, but the solution is less than perfect.

Less than perfect bothers me.

My need for perfection, an “OCD-like” tendency of mine, is breaking my focus on getting my work done and making me focus on how I need to get my work done. Not having one bucket at my disposal anywhere I need to have it is distracting me. It takes my headphones and a well designed app called “Focus@Will” to help me find my productive center again and get back to writing code and leading my team.

I think I’ve found a solution with the Mac sitting next to my work-sanctioned Windows laptop and I’m going to have to keep swiveling my chair back and forth as needs arise.

It’s not perfect, and I’ll probably continue to tweak my process, but it’s probably the closest I’ll come to getting back to my productivity nirvana.