In 1957 or 58 my grandfather moved his family out of their farm house and into the first floor of one of the three barns on their property. The floor had been renovated so that it was a decent living space. He then ripped the old farm house down and built a new home. The new house was designed by a man that owed the family business money. The custom design, which underwent one revision when my grandmother provided input on the kitchen, came to fruition and I believe my grandparents moved the family out of the barn and into the new house in 1959. The house was decidedly what we call “Mid Century Modern” today, with pocket doors, a judicious use of slate and brick on the interior and a large basement that had its own fireplace and large windows.

My fascination with Mid Century Modern began with this four bedroom, three and a half bath house that my grandparents called home for nearly 50 years. I struggle with seeing it in the somewhat run down state it’s in today; the guy that purchased the home from my grandfather’s estate using it as a camp of sorts.

I like to remember it in all its glory. 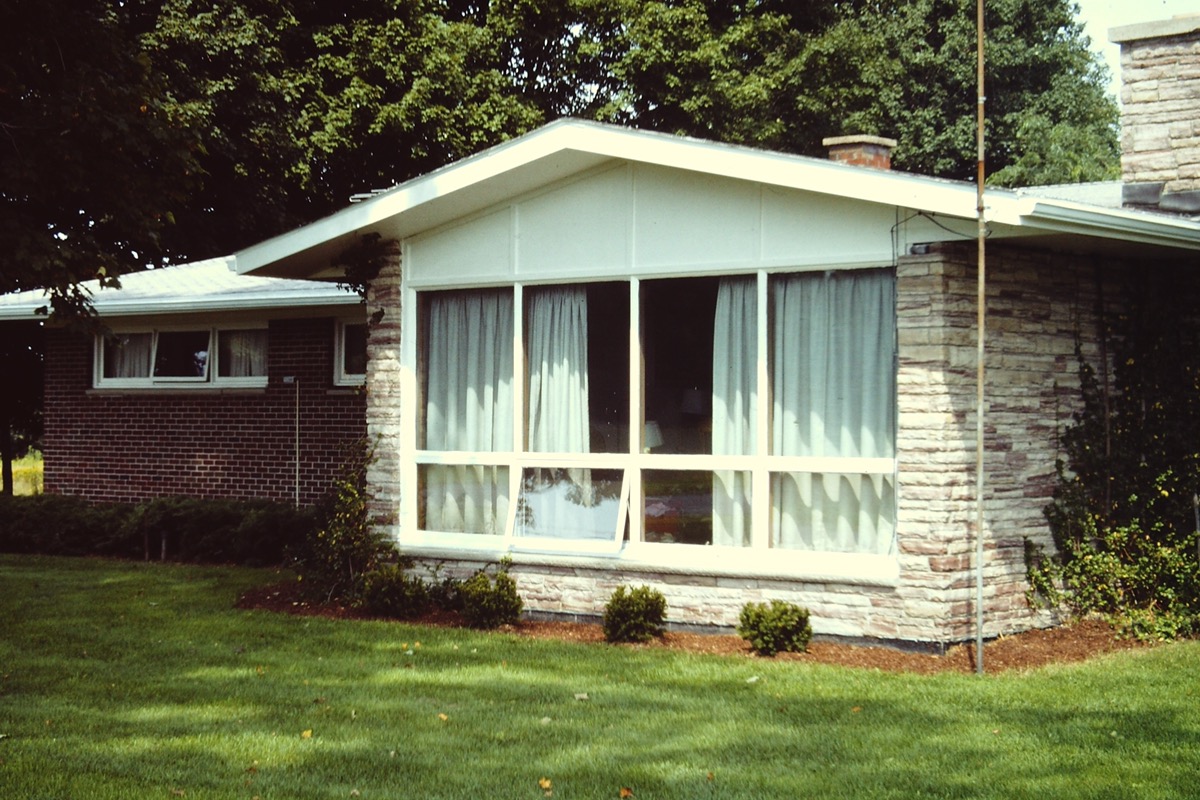