In 1939, as part of the Federal Works Administration projects that were going on at the time, a new school was built in my hometown. The school housed grades Kindergarten through 12, with a student population of under 1,000. The facility was state of the art, built with art deco touches and made use of some amazing architectural decisions, including marble in the lobby, an impressive staircase and gorgeous wood work in common areas such as the library, principal’s office and the like. The building was annexed in 1956 with every effort to maintain the architectural integrity of the original building in the addition. Aside from slight changes in then pattern in the terrazzo floor in the hallways, the annex is a natural extension of the building.

I’ve mentioned before that my interest in synchronized time, which is part of a keen interest in “systems” (roads, airports, power lines, computer networks, telephones, etc.), was started in that art deco building built in 1939 when I discovered that all the clocks were connected together, despite the fact that while most were square and part of a wooden case with a speaker, others were round and some were more modern looking (in the annex). The clock system collection in our home marches on today, despite the fact that all of the clocks were discarded by school districts as being outdated and based on old technology. 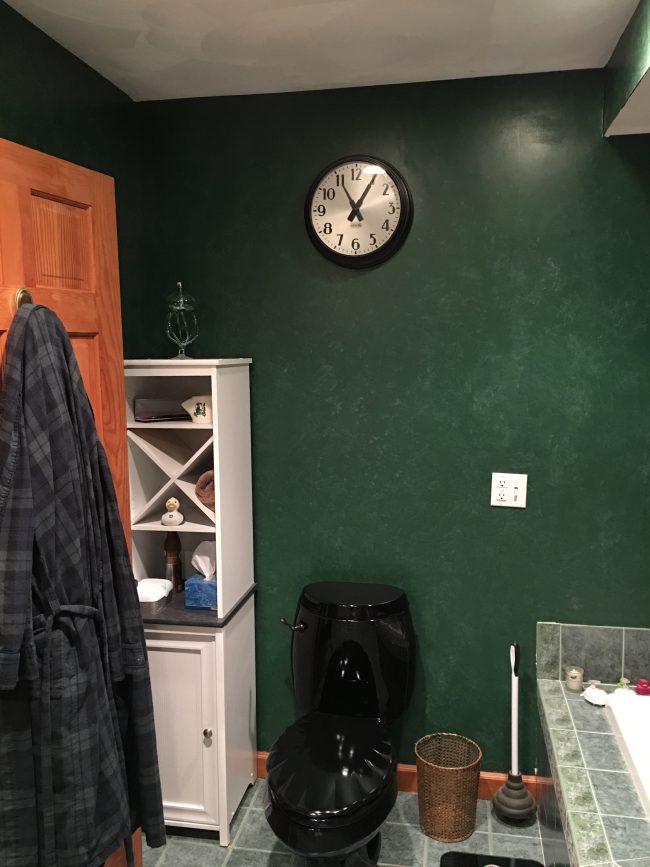 Having these clocks wired through the house, all advancing on the minute with a tick-tick in unison, can be a little odd for folks that visit and aren’t used to the noise. The clocks in the bedroom areas are the quietest ones we own but they are still quite audible. When I mention that I might swap out the clock in the master bedroom with a quieter one Earl talks me out of it, stating the he can’t sleep with the minute impulse sound. When guests visit for an overnight stay I usually disconnect the clock in the spare bedroom. 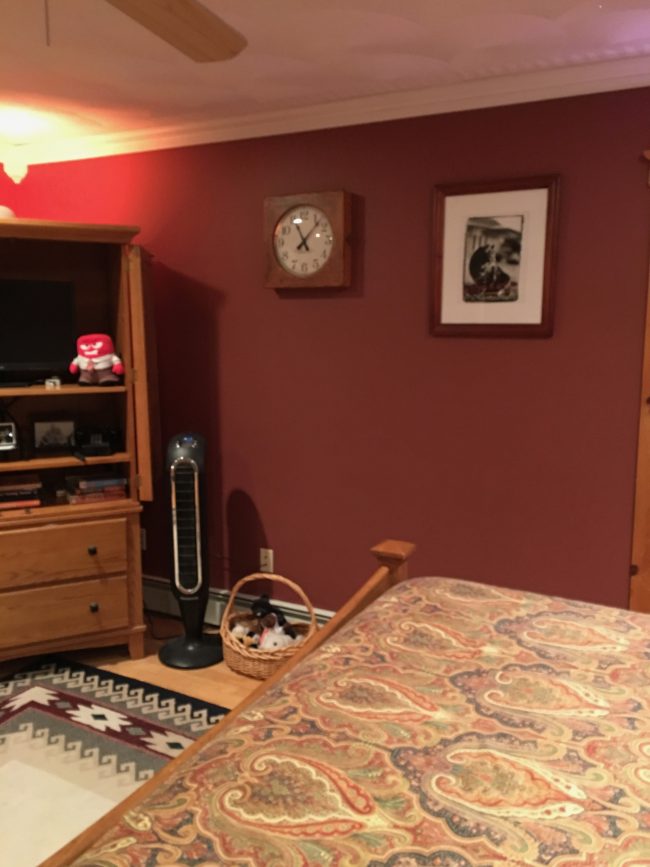 The simple but persistent technology in these clocks, technology dating back the 1880s, reminds me of a time when the United States took pride in its manufacturing prowess. “Back in the day” we had a lot of quality goods made right here at home. Solid, well-crafted, reliable things that would last a long time. Shiny and new didn’t matter; sturdy and long-lasting were the goals in the early to mid 20th century. We made things to last. We took pride in our work. 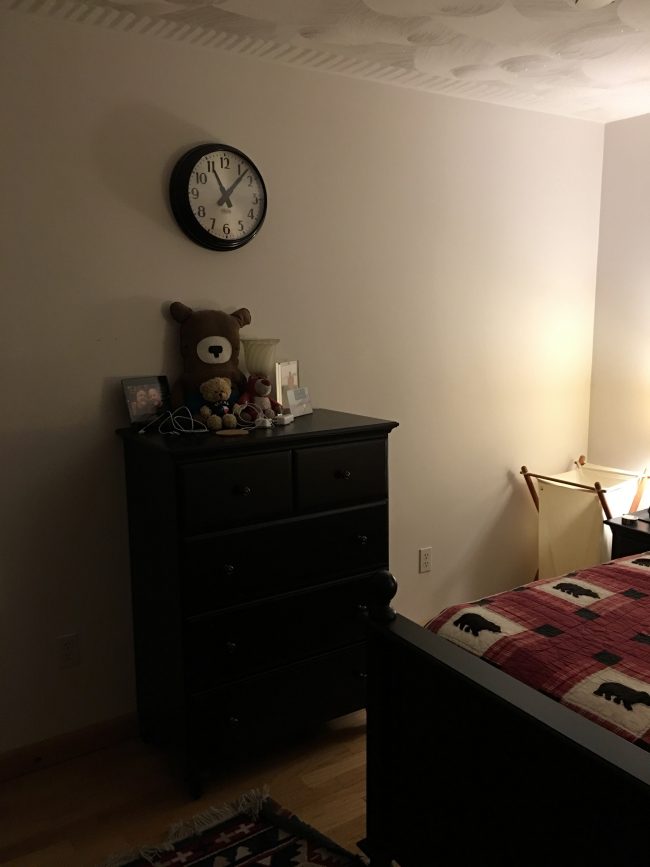 In 1969, the student population out grew the school building and its annex and a new high school was built on the other side of town. The new high school was built to modern specifications. There was no marble, no grand staircase. Classroom walls were painted over cinderblocks. Large embossed numerals denoting room number were nowhere to be found; numbers were painted on molding around the door. The clocks, while tick-ticking once a minute, were made by a different company, oddly placed in some rooms and not as reliable. The clocks in the 1969 building failed before the clocks in the 1939 building did. There was no pattern on the hallway floor as there was no terrazzo to be found. The school was adequate and met the expectations of the populace in the 1960s. When I went to that high school 20 years later there were leaks in the ceiling on the second floor. The stage lighting panel in the auditorium caught fire during a production of “South Pacific” but it was quickly extinguished. The auditorium chairs were replaced not long after I graduated in 1986. The whole building just felt more “plastic”. 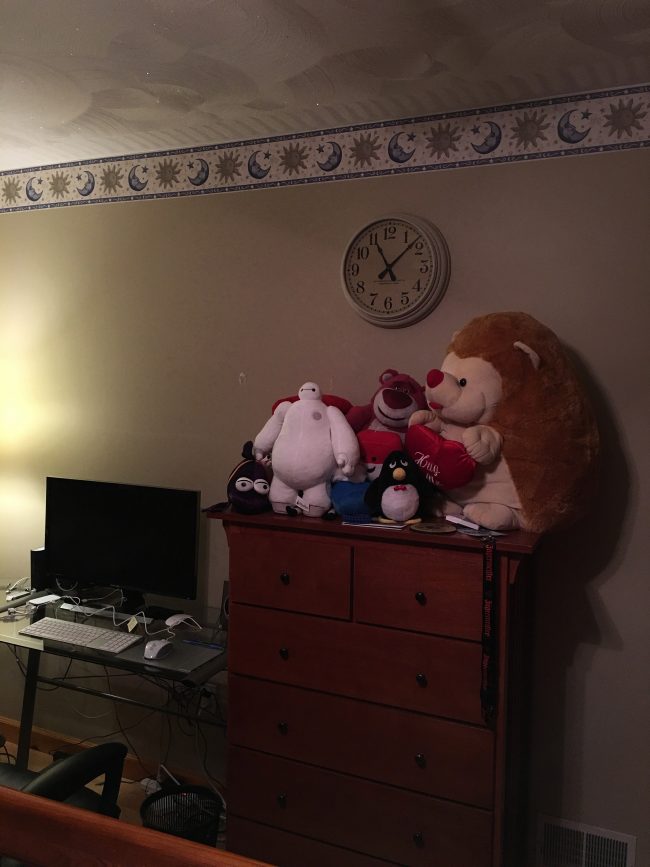 When these clocks wired throughout the house tick-tick to indicate the passage of another minute, I’m occasionally reminded of the days of old when the country seemed to be a little more solid. Admittedly, societal norms were not kind to society as whole but forward progress was inching ahead. Presidents acted presidential, there seemed to be a general sense of local community and our country made things. Solid things. Things that would stand the test of time.

I’ve lain awake at night for the majority of this month, the tick-tick of time moving on in the background, wondering what lies ahead for the country. I’ve tried to muster up a positive outlook. I look for the brightness but my dreams when I sleep are plagued with darkness. The future feels plastic. The foundation feels crumbled. Past changes in presidents have felt like that change in the pattern in the hallway terrazzo. The hallway is still there and the pattern is similar but familiar. I feel like the hallway has come to an end and no one has built a staircase to go to another level.

But time continues to march on.