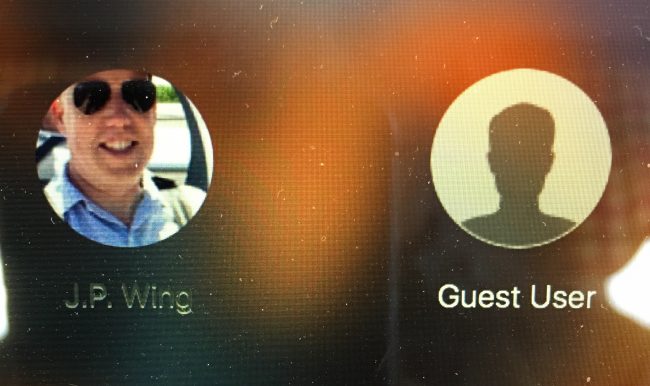 I just committed the ultimate sin against Apple by opening my three-month old MacBook Pro Retina and expecting the screen to come to life so I could be productive. To accomplish my objective of using the computer, I wiggled my fingers on the trackpad, I stabbed at a few keys and waited a few moments. I then closed the lid and opened it back up, hoping something in my computer would awake so I could use my computer because, after all, “It Just Works”.

After about 60 seconds of desperation, I held down the power key to force the computer to shut down and then powered up from scratch. Once logged in, I was reminded that I turned the computer off in an inappropriate manner and was asked if I wanted to restore my session. Historically, an answer to the affirmative has led to a round-robin of reboot gaiety, so I opted to just start from scratch.

I know this is First World Problem, but I have to say that I am rather disappointed in my latest MacBook Pro. This computer has been plagued with many quirks. For example, something prevents my name from rendering properly at log in (as seen in the screenshot above). Is it a cosmetic issue? Possibly, but cosmetic issues in the world of Mac are usually a symptom of an issue lingering under the covers.

My computer reliably wakes up from Power Nap or Super Slumber or whatever it’s called these days about 50% of the time that I try to use my computer. The close cousin of Unix that powers macOS is known for its long stretches of computer uptime, the amount of time that a computer can go without needing to reboot, restart, power cycle, etc. I’m lucky if my MBPr goes from sunrise to sunset.

The primary reason that I find this all disappointing is because when I purchased this computer, as a replacement to my three-year old MacBook Pro Retina that was stolen from my hotel room during a work trip, I purchased the top-of-the-line MacBook Pro Retina that was available at the time. I have the biggest hard drive, the most RAM, the fastest processor, etc. that was available in a laptop from Apple as of July 2016. The fact that I sank all this money into a computer and that “It Just Works” is a complete fallacy with this machine is very disheartening to me.

It’s not like I’m asking the computer to do things outside of the Walled Garden. I use iCloud services. I surf on Safari. I use the Apple-provided applications whenever possible because I like the idea of “It Just Works”.

When I fire up Apple’s “Photos” app my laptop takes on the persona of an Airbus A380 ready for departure. The fans blast so loud that I’m sure it can be heard by the neighbors, and remember, this is the maxed out laptop of its time.

The little gimmick of your Apple Watch unlocking your computer works about 45% of the time. When it does work I’m left staring at a “Please wait…” message on my screen when in reality I could have typed my password in half the amount of time that my watch and my computer had a conversation.

Now that I’ve typed that last paragraph I’ve decided to just turn off that feature and see what that does.

While out in the world I’ve noticed more Microsoft Surface Pro ultrabooks being used by folks. I have to admit that I’m very intrigued by the Surface Pro but moving to a Microsoft environment scares the beejeesus out of me. I’ve tried Windows 10 and it seems to be sort of cobbled together and I’ve read enough about the security implications of key logging, traffic monitoring, etc. that I really don’t want to go down that road. These are the same reasons I don’t want to switch to a Chromebook and I’m too tired to provide the care and feeding that a Linux laptop requires.

The truth of the matter is, the amount of mediocrity that passes as “It Just Works” from Apple today is still probably the best experience a computer user can get, we’ve just come to accept mediocrity as a new gold standard. When marketing runs the show the results can be disastrous. I’m sure that will be proven once again in 2017 in the political arena, but that’s a whole other blog entry unto itself.

So here I am trying to be my best in a world of low expectations. God help us all.