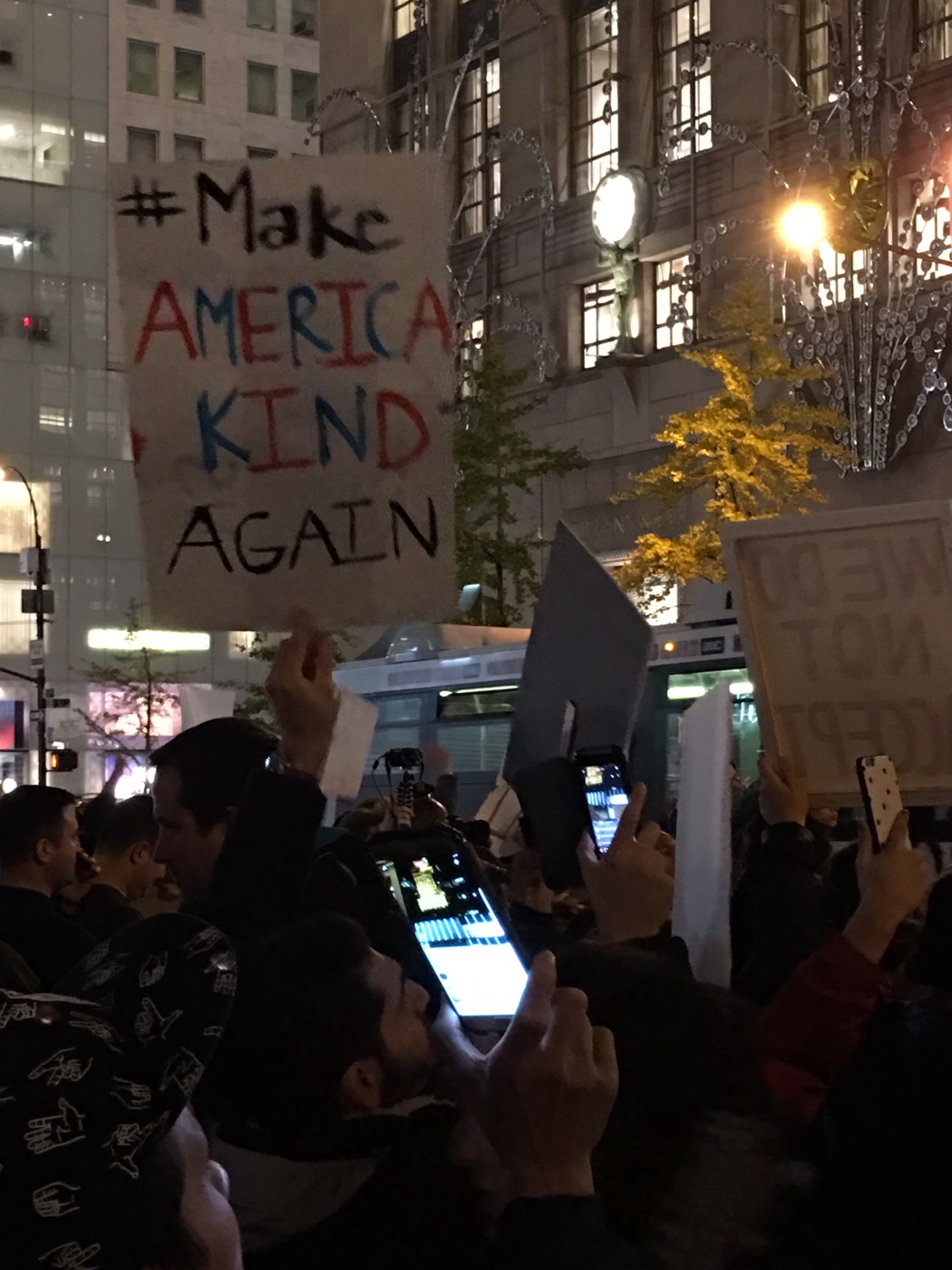 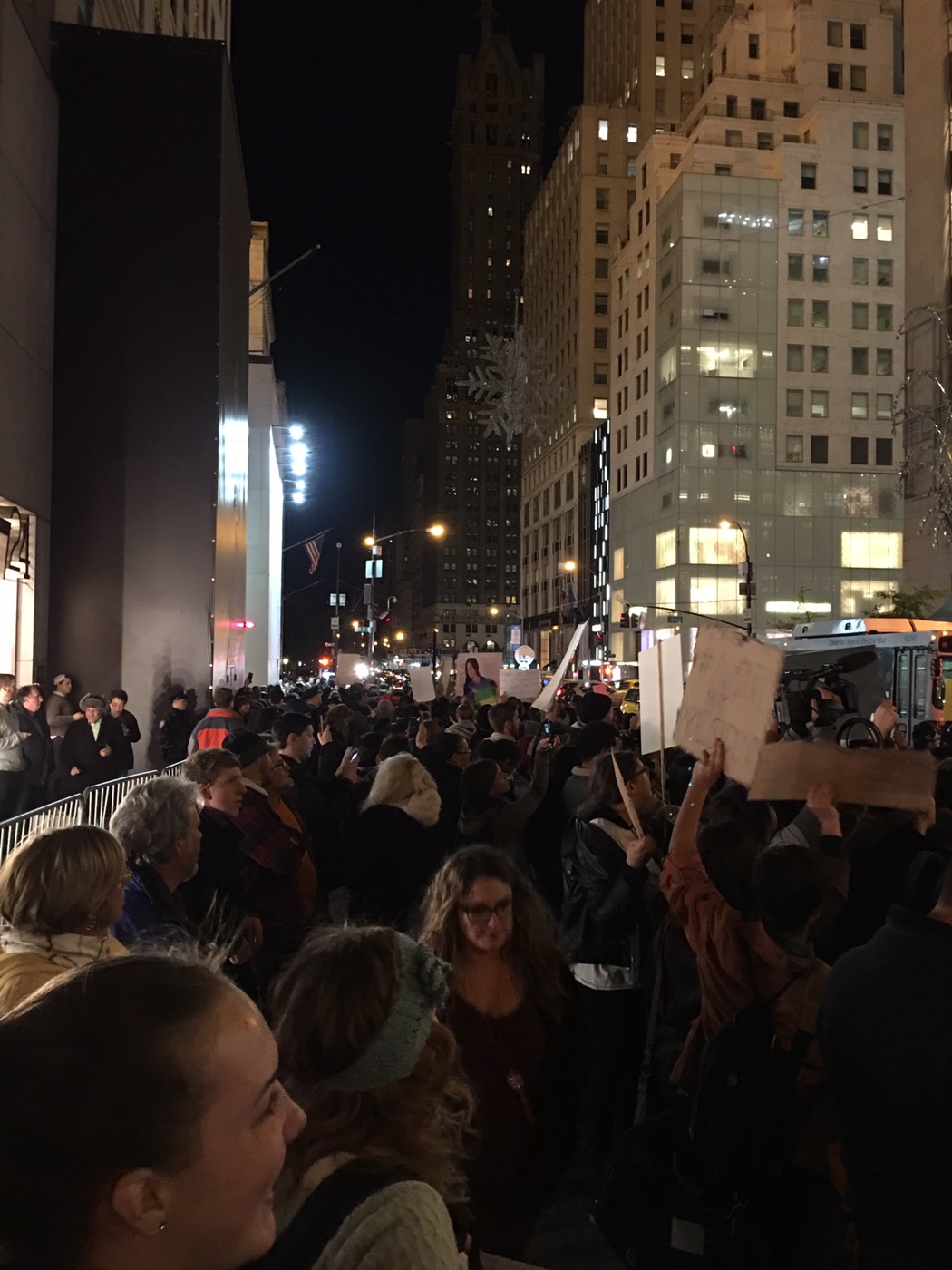 I needed to see US citizens exercising their right to free speech. I wanted to see people speaking out. I sought to feel the tempo of the country.  I drove to Manhattan for the second night of protests outside of Trump Tower.

The tone was peaceful but determined. The most aggressive people I noticed, and mind you I know my experience was not a scientific measure by any means, were Trump supporters yelling, angry and explosive back at the protestors. “Get jobs!” “Our money feeds you!”  “You’re just a fag!” At the time I was just standing there observing and have to admit, it’s been years since someone called me a name like that, but I can confirm that it still hurts but at 48 it like water on a duck’s back.

Chants included “Immigrants are welcome here”, “Donald Trump has got to go”, “Pussy Bites Back” and more. I’d roughly guess that there were between one and two thousand folks around Trump Tower. Trump supporters were very scarce. One man was in a Nazi soldier uniform. That was not a pleasant sight to see.

We are so far away from unity. I can’t help but think if Secretary Clinton was president (and Trump had won the popular vote) we’d have the same scenario of protestors, just with a different cast of characters.

I left after a couple of hours, appreciative of the fact that the Constitution allows for this type of protest. We live in a great country, but it is far from being a united country.