William Meara speaks at a TEDx in Delhi about UnPlug: Having A Healthy Relationship With Your Phone. 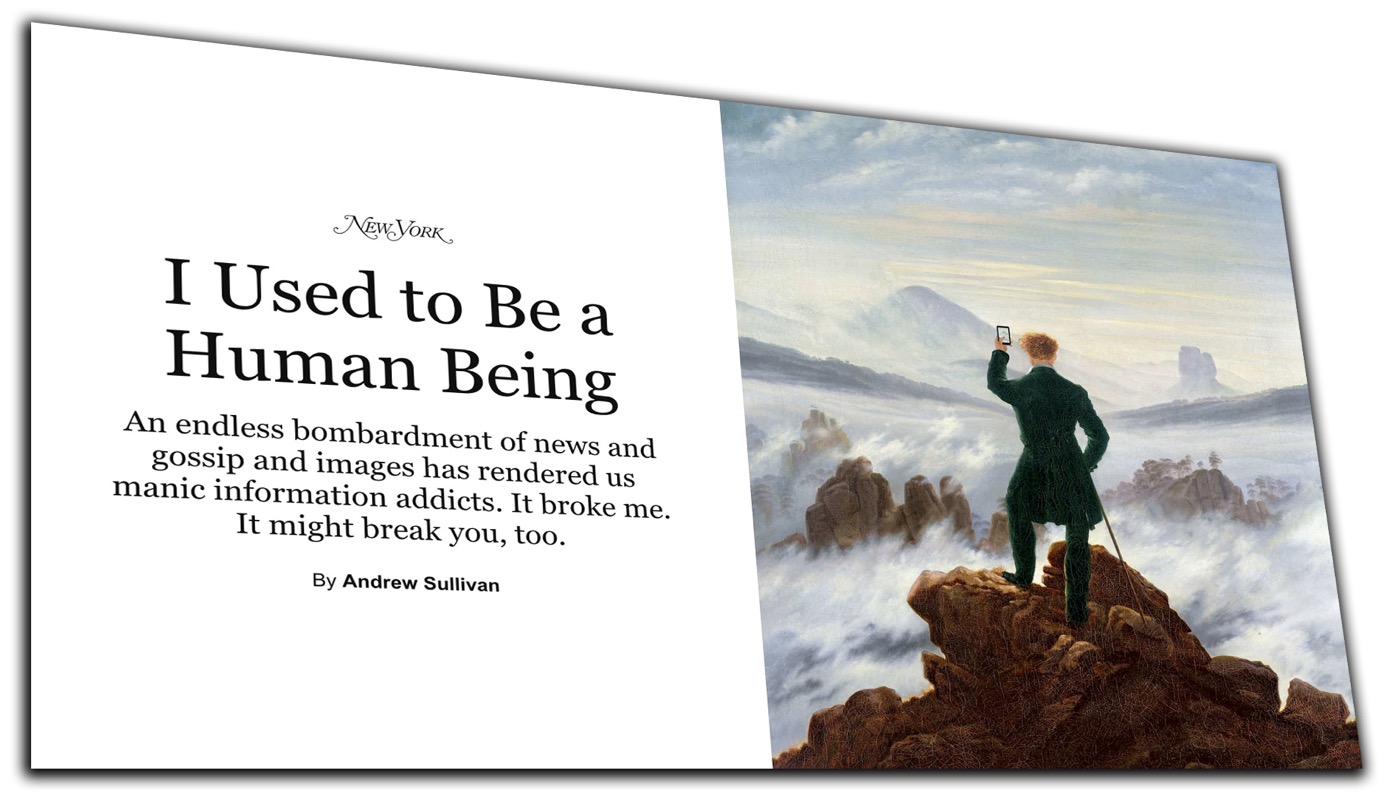 Mark over at Voenix Rising shared a very interesting article in New York Magazine by Andrew Sullivan regarding society’s addiction to today’s technology.  One quote in particular caught my attention:

“Kara, in her 50s, feels that life in her hometown of Portland, Maine, has emptied out: ‘Sometimes I walk down the street, and I’m the only person not plugged in … No one is where they are. They’re talking to someone miles away. I miss them.’”

It’s funny that this article should pop up in my feed at this moment. During my morning walk/break from work, I was wondering if I should try going without my Apple Watch for the next 48 hours to see how it would make me feel. I also remembered that I have an aviation social engagement tonight and that perhaps I should leave my iPhone out in the Jeep while I attend the festivities.

I believe that I should be the change I would like to see in the world.

You can read the article here.

Over the past several months I have attended several gatherings, whether it be with friends, family, other pilots, etc. This is not unusual, summertime in Central New York encourages this sort of merriment. People like to get together. I enjoy getting together with folks, breaking bread, chatting, having a beer.

One thing that I’ve noticed in the recent gatherings is that conversation starters have been regularly prefaced with statements like, “Did you see on Facebook that I…” or “We went down south for a for a few days, or did you see the photos on Facebook…”.

Facebook has become as prevalent at a family picnic as potato salad and ants.

I’ve mentioned before that I have a love/hate relationship with Facebook. There is nothing spectacular about the software, in fact, it’s downright awful. The interface is clumsy, the experience is mediocre at best. Facebook doesn’t really have a product outside of user data. Personal information is monetized.

Yet, everyone uses it. And it pounds at people to keep using it.

Personally I’m horrified at the idea of putting all of my digital eggs in one electronic basket, only to be used for ad-revenue generating purposes. However, I can’t help but continue to use Facebook because it’s the platform that is connecting family and friends to one another in this electronic age. Personal blogs such as these are all but extinct (thanks for hanging around, by the way). Organizations are no longer vying for websites about their group but instead reaching out through a Page on Facebook. Debates are taking place on Facebook, though many of the debates that pass through on my stream seem to be quite idiotic. How do I know these people again? I recently heard that coaches and the like are reaching out to parents through Facebook Messenger instead of using traditional vehicles like email, the telephone or typed out memos printed on ditto paper.

I’ve always hoped that Facebook would become the next MySpace, where people abandon the platform in droves and move onto the next big thing, but the roots of Facebook seem to be pretty deep. It would take something really, really big to sway people away from Facebook. And as awful as the service is, those roots are deep because of one thing it’s doing really well, and that’s connecting people.