I hadn’t planned on writing two blog entries on this 15th anniversary of 9/11, but this evening I spent some time listening to the ATC tapes from that day. As a relatively new pilot, this was the first time that I had listened to the Air Traffic Control recordings and had an appreciation for what was really going on with ATC that day.

I made it through a lot of the recordings (they’re available on YouTube) until I got to the recordings of United Flight 93, which ultimately crashed near Somerset, Pa. as a result of the actions and reactions of the crew and passengers of that flight. It was then that the tears flowed when it was apparent, even on the recordings, that the crew and passengers had made a purposeful decision to not allow United 93 to get to the diverted destination. The crew on the flight deck, knowing their fate, had apparently made the conscious decision to put that airliner on auto pilot and switch the radio so that it would default to external transmissions (instead of the intercom for the passengers). This is why ATC and other aircraft in the area was hearing about the bomb and the fake announcements the hijackers thought they were making to the passengers.

All of this is common knowledge today. But still hearing those transmissions, coupled with knowing what the courageous crew and passengers did to prevent the airliner from making its intended target, brought me to tears this evening.

In 2002 Earl and I visited what was at that time a very makeshift memorial to United Flight 93 near Somerset, Pa. I remember seeing the chain link fence covered in mementos and seeing these two memorials at the site. 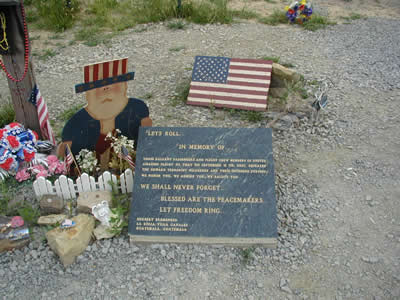 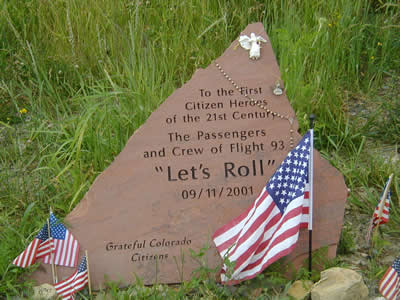 I hope that if I am ever in a similar situation that I will have the courage that the crew and passengers of United Flight 93 exhibited that day.

I tried to find a fitting photo to place at the beginning of this blog entry but nothing moved me enough to include it here.

This blog had only a handful of entries when the events of 9/11/01 took place. I remember being too stunned to write about the day. Too depressed. Too confused. I hastily wrote an entry on the morning of 9/12. It’s posted here.

I can vividly remember the events of the day: the wave of “there has been a disturbance in the force” I felt as I rode the elevator up to the 16th floor of a local bank building, where my office was located. Earl calling me a couple of minutes later and telling me an airplane had hit the World Trade Center. Walking into the office and going to one of the production studios, where a television had just been tuned in using rabbit ears. We watched ABC because that’s all we could get in on the tiny TV. A bunch of us watched live on television when the second airliner hit. I remember feeling nauseated. When the first tower fell to the ground I remember feeling nauseated to the point that I made my way near the garbage can. Three thoughts ran through my head: “oh my God, all those people”, “oh my God, don’t puke here” and the last one was the loudest.

There were so many displays of unity in those days after 9/11. Politicians singing together instead of arguing at each other. Elected officials setting aside their differences to keep the country back on track. People were working together, not drifting apart.

But then, well, time happened. The United States adapted, the populace accepted significant infringements on personal freedom as the new norm, technology moved on and we adapted to our new normal. By the mid 2000s, the moments of unity had faded away and we were back to the world of divisiveness with a renewed intensity. Blame those that look differently. Blame those that act differently. Diversity is dangerous.

Gosh how I miss that feeling of unity we had shortly after the 9/11 attacks. Neighbors helping each other. Strangers helping strangers. Looking out for one another instead of looking askance at those that seem different. Courage instead of fear. Defiance in the face of destruction.

We now live in a country where a balloon pops and people scramble for their lives. A simple power outage happens in a public place and there’s shrieking and screaming and other sounds of fear. It’s like we’ve had 9/11 PTSD beat into us by the politicians and the media that once united together. We were on the right track there for a little while and then, well, fear sold better. Agendas were furthered when people were scared.

I ended up not having to use that garbage pail on 9/11 as I kept my cookies together. It’s a shame that the world changed forever the way it changed forever.

I finally settled on a photo. Two sets of power lines marching across parking lots. Two towers standing in unity together. 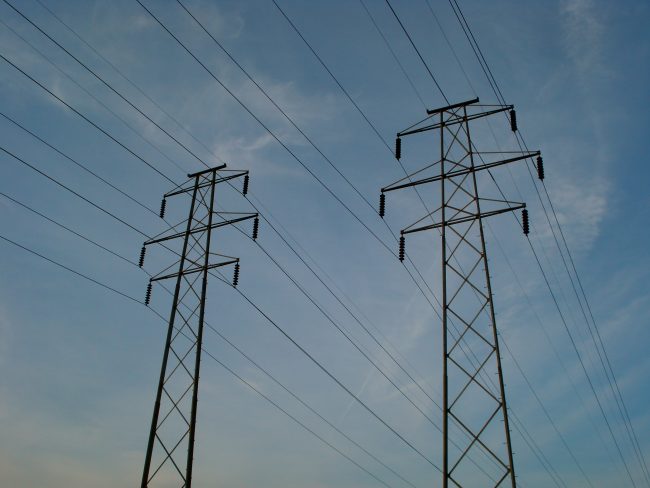 To all you folks that stay in the left lane not passing anyone even though you’re doing the speed limit, you’re a major part of the problem leading to the higher accident rates in the United States.