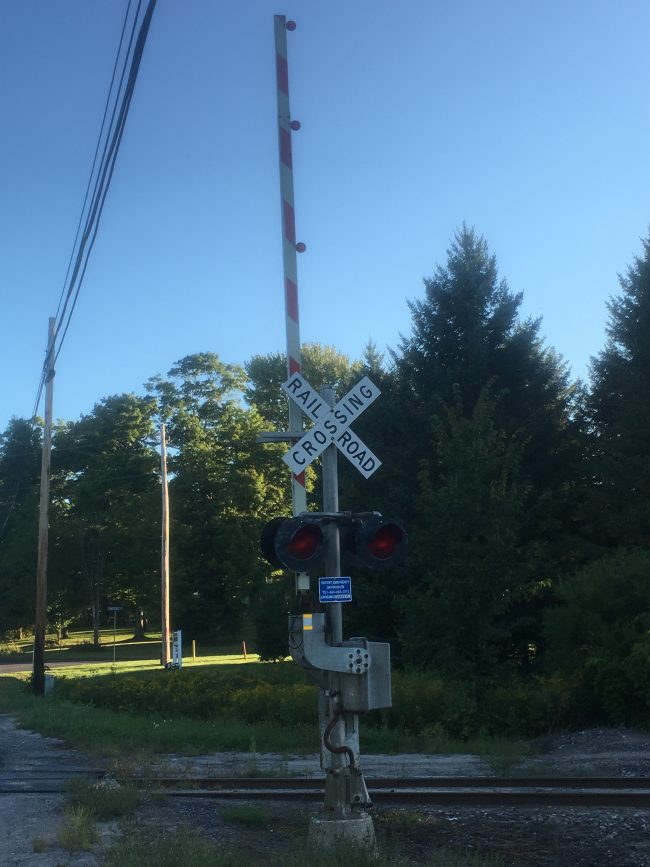 When I was learning to drive in the early 1980s, not all railroad crossings had lights and gates to block crossing traffic when a train was coming through. In fact, these safety measures were a rarity; crossings in the area usually just had a sign on either side. When approaching the railroad tracks one had to slow down and look both ways because there was no other indication of an approaching train. This apparently led to too many accidents and someone in New York State decreed that all railroad crossings with have arms and lights.

While I was on my morning walk, I noticed that motorists rarely even slow down for railroad crossings these days. Unless the crossing is particular bumpy, folks will drive across the tracks at full speed without a moment’s hesitation. I don’t think folks even stop talking on their cell phones, shaving or putting on makeup, they just barrel across somewhere near the posted speed without giving it a moment’s thought.

When driving home I always slow down by 10 miles per hour or so and look both ways before crossing the tracks, probably because I can still vividly remember the days when there were no lights nor gates.

I don’t think folks should be putting 100% of their faith in safety in these electric gadgets. It doesn’t seem unreasonable for people to slow down, even just a little bit, to make sure it’s safe to cross the crossing regardless of what the gates or lights might be doing. Who knows, there could be a malfunction, the power could be out, something could prevent those lights and gates from being a tell-tale sign as to whether it’s safe to cross or not.

I guess I’m a dying breed that clings on to common sense much like lint clings onto your socks in the dryer. At least I’ll live a long time to talk about it.