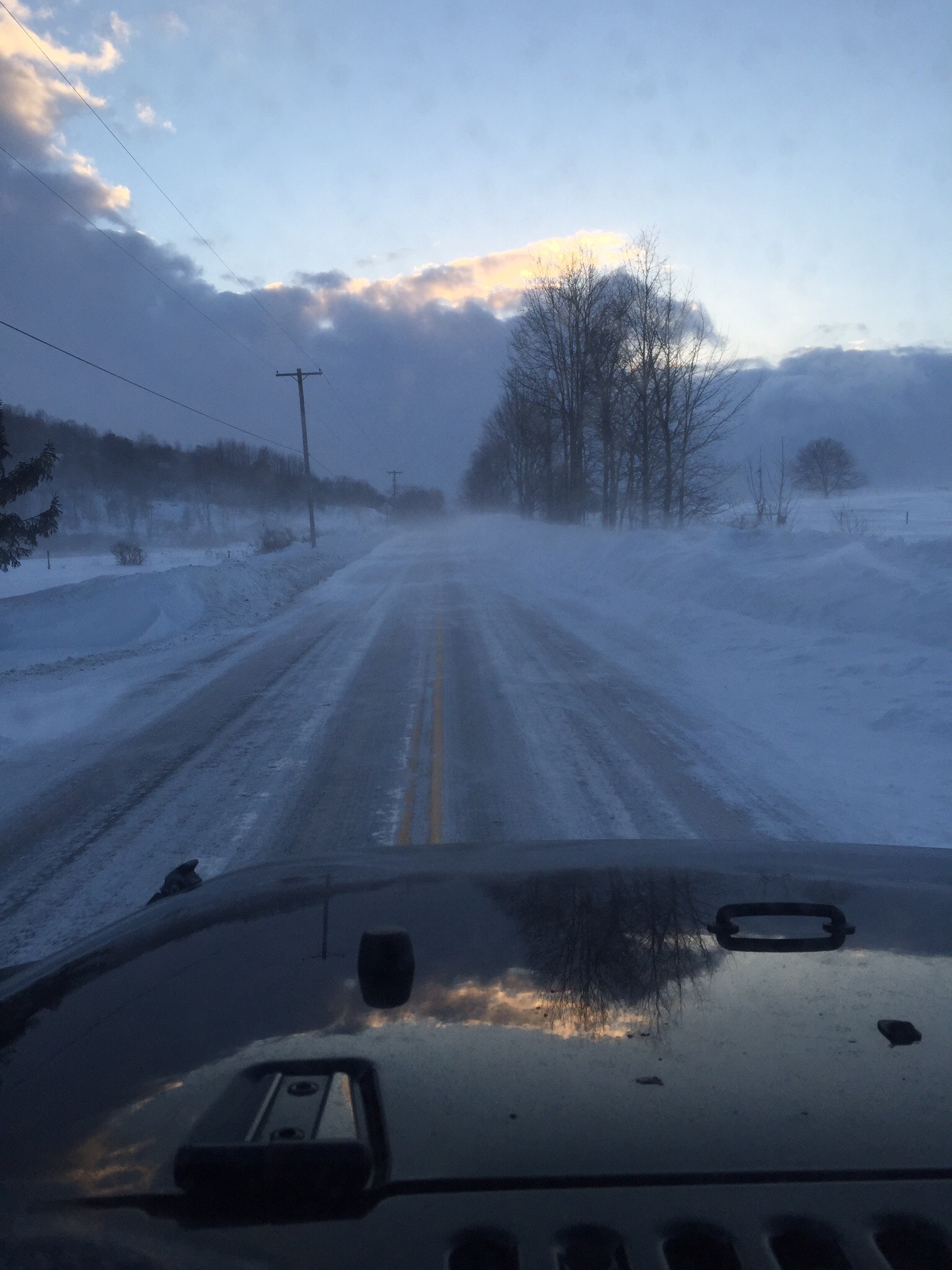 I was reminded of the joys of commuting in the ﻿winter today. Actually, it wasn’t that bad. I thought the clouds made for a pretty yet ominous appearing photo. Mother Nature blew some snow around for effect.

I came to the realization this morning that this week is the last week of normal time, otherwise known as “Standard Time” in the United States until mid-November. At 0200 Sunday morning, we will turn our clocks ahead an hour in the interest of “saving” daylight. Daylight Saving Time in the United States starts on Sunday, the 8th of March. Unlike the days of my youth when the shift occurred somewhere in mid-April, government officials have decided that they need to mess around with the populace by turning them into zombies while everyone adjusts to morning commutes in the dark again and children risk standing next to six foot snowbanks in the dark whilst waiting for the school bus to arrive so they get their first period class in progress long before sunrise.

Because, you know, it’s all about “saving” daylight.

I’ve ranted and carried on in a crazy manner on numerous occasions, usually on a yearly basis, about how much I dislike Daylight Saving Time. It’s a stupid, outdated concept that provides little benefit to the populace, other than that we’ve done it for a long time so let’s just keep on doing it. It’s kind of like that story “The Lottery”, where we the population stones a woman to death because, well, that’s what they’ve always done.

If God wanted the day to be longer he would have moved the sun. It says so, right in the Bible. “And God moved the sun to positional primus, whereas the cow would graze and the chicken would croweth in happiness, for the time was abundant and the daylight was whereth it needeth be.” — Jack 1:24

I’m just getting beyond the whole SAD thing from a hellacious winter and someone decided that we need to start waking up in the dark again so that little Mildred and Finster can sit in their living rooms playing video games while the sun is shining outside.

I’ve decided that if I hear anyone make an offhanded remark about how “the day is longer” with Daylight Saving Time, I’m going to offhandedly smack them. If they call it “Daylight Savings Time” (notice the difference), I will make a guttural, growling noise that will make many around me weep and anyone that tells me that this whole useless exercise saves energy will get their foot stomped on by whatever boot or shoe I happen to wearing at the moment.

Because after all, Daylight Saving Time is designed to make us “feel better”.