It’s has been raining on and off today. This isn’t particularly newsworthy, except that it’s been doing this for over the past week and there has been a lot of flooding in our area. Luckily, The Manor has been high and dry, but getting to the nearest village (on the other side of the river and canal), has been a challenge because of all of the flooding.

Our little inconveniences don’t compare, though, to folks east of us in the Mohawk Valley. This is the parking lot across from the radio station I used to work at. 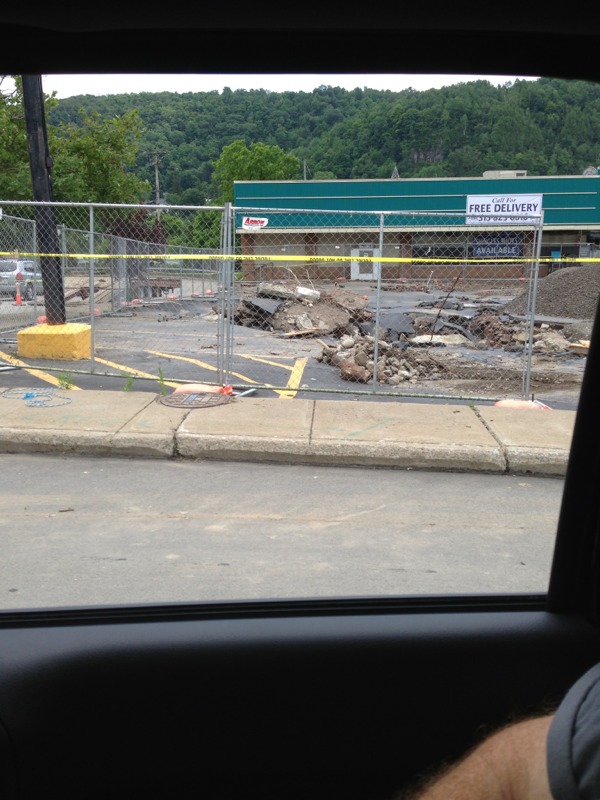 This is rural route in one of the many gorges in the area. This was a common scene. 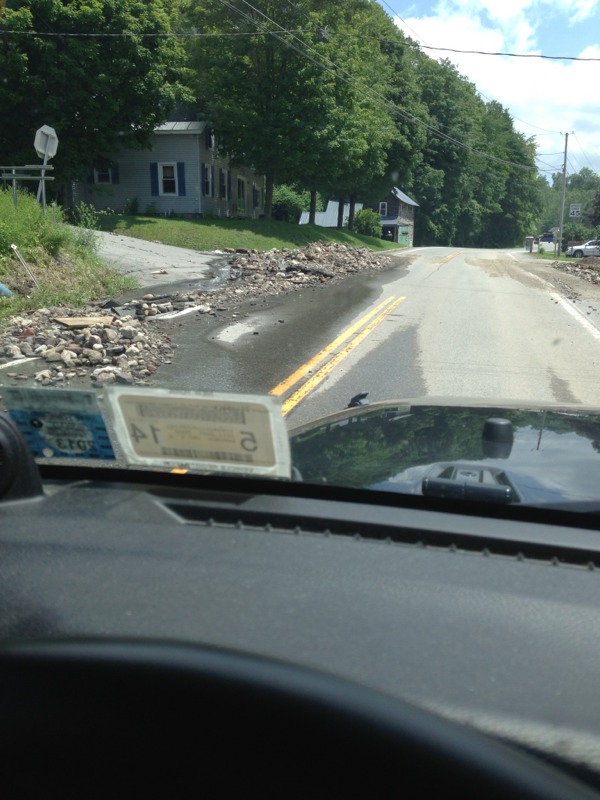 Earl and I drove through the village of Herkimer on Saturday and were surprised by the number of side streets that were still underwater. I couldn’t bring myself to take photos; just as I witnessed a year or two in Owego, there were a lot of folks cleaning up what they had left and trying to salvage what the flood waters have left behind.

I’ve asked a couple of people if they remember this kind of flooding ever occurring at this time of year and most people don’t. It must be a new cycle of the climate or maybe it’s just an abnormality.

Driving to work this morning was interesting as well as there were several convoys of DOT trucks head somewhere east and the shoulders of the Thruway had been eroded away in several spots.

Heavy rain is predicted for tonight with more rain predicted through the week and thunderstorms coming in just in time for the weekend.