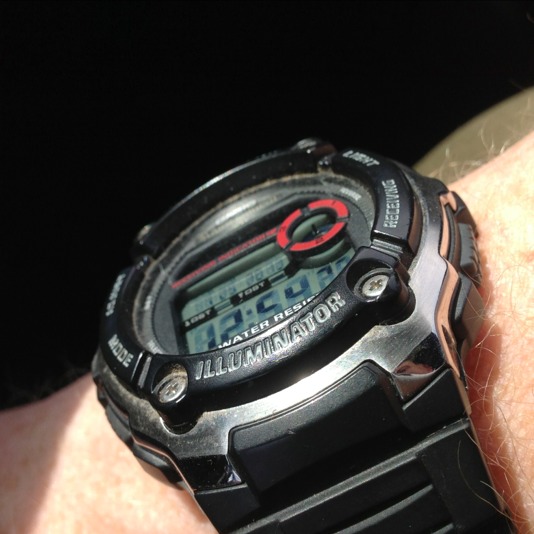 So last night I started my latest round of on-call. I shall carry this torch until Wednesday morning at 8:00 a.m. This is something that comes around every seven weeks or so and honestly, it’s the one thing about my job that really bugs me.

It’s not the “on-call” that bugs me really. It’s the circumstances. You see, my job is basically comprised of two parts. One part of my job is developing, planning, building and maintaining a pretty robust “event management system” (troubles, outages, changes, stuff like that) software package. This is the part of my job that I love and this is what makes me thrive in my career. I get to build pretty web pages that do really nifty things and I get to see users be able to do their jobs effectively because of the application that I have built. I get to stretch my geekiness in ways to make people more efficient and that’s something I really enjoy doing. I could do this part of my job forever and not really complain about it. I’m on call for this 24 hours a day, seven days a week and because the application is of my design and basically under my control, if I do my job well, I don’t get called (barring any sort of hardware or network failure). When I’m called for this it’s because I’ve done something wrong, so I make sure I do everything right. That’s easy to handle. That’s in my geek blood.

The other part of my job is being part of a team that maintains the software platform that monitors the entire network of the communications company I work for. The Network Operations Centers use this software to make sure that grandma can let her fingers do the walking via telephone or via internet, whenever she wants to walk her fingers. The software that did this when I was hired onto the team was a brilliant piece of design, did its job very well and didn’t require a lot of coddling. It was sleek, fast and efficient. While routine maintenance was very important to its health, many elements were “set it and forget it” and it was all geeky with the way it worked so I loved it. On-call with this was pretty much 24/7 for me and in 18 months I was called twice. Piece of cake, right? Unfortunately, when it was time to upgrade in preparation for tripling the size of the company, the company that provided the software at the time didn’t do very well in the bidding department when it was time to evaluate options for looking to move to something bigger, so the company migrated to a new platform that seemed to be quite popular with similar companies.

Knowing that co-workers and the like may read this I will soft shoe my way through this and simply say that I’m not a fan of this convoluted cluster of stuff that we are maintaining now. It feels like a constant game of Jenga with only 3/4 of the blocks that is being played in a very stiff wind. To make it doubly interesting, much of the interface is written in Java and only likes to run on Internet Explorer. There’s a lack of intuitiveness. What makes sense to me often isn’t what the software wants to do. I feel dumb. Sigh. Double sigh. Triple sigh.

Because the stiff wind occasionally moves to a gale force, on-call has the potential to be quite busy. I try very, very hard not to be frustrated by calls I may receive in the middle of the night and to do so I count to 10. A lot (my odometer is getting ready to roll over to over one million burgers served). But the geek side of me is constantly asking myself why this new software platform has to be so complicated. I’m concerned that I might develop some sort of involuntary twitch whenever I’m asked to do some sort of task on this system. The biggest reason for my discomfort is because I feel like in this part of my job I might be letting users down because the software just isn’t doing what it’s suppose to do, and I can’t determine if it’s the software, the people the installed the software, the person maintaining the software or the sun, the moon or the stars. However, since my position with the company is comprised of both of these roles, I just do what I can to the best of my ability. That’s all that is expected of me, but this just runs contrary to my personal achievement standards.

So last night was the first night of on-call and it went by without incident. Yay! I have found that it’s often hardest for me to get through that first night of on-call and I am thankful to whichever on-call god deemed me worthy of an incident free night. Only six more nights to go. I am hoping to use this on-call weekend to be productive at some projects I’ve been cooking up in my head.