Back in February I bought Earl season tickets for SU Football as his birthday present. We have been excited about the arrival of football season and since we always love a chance to go to the Dome, we acquainted ourselves with our season ticket seats yesterday. We are on the 20 yard line in row K. There were no nose bleeds as we’re on in section 115. The Orange played Rhode Island. We won, though it probably wasn’t as easy a win as it should have been. 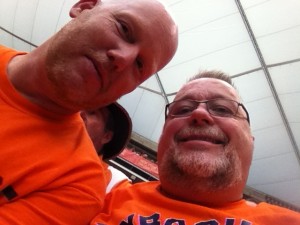 I have always loved going to the Carrier Dome and I still feel the same excitement that I did when I first went to it back in the early 1980s. It was good to get back into football season and Earl seemed very happy with his birthday present. Now we’ll probably get basketball season tickets too. 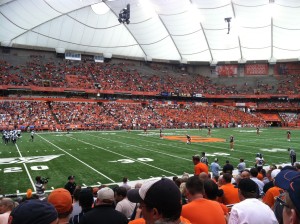