So I’m back home from my day of exploring and I am feeling quite relaxed. Three days left in the work week and I am ready to go. w00t!

I meandered my way all over Central New York and up into the North Country today. Actually, I went out of my way to grab a photo of something that I have always wanted to capture in a picture.

Between Kellogg Hill and Watertown Center on Route 11 there is a sign proclaiming “Talcott Falls”. You have to look really quick to see it and there’s no convenient place to park to explore. There’s no park land surrounding these falls, it’s just the falls. As a kid we’d always jump to the proper side of the car to catch a quick glimpse and we were always excited to see how much water was coming over the falls. Â Sometimes it would be an impressive display, other times it would be a trickle.

Today I parked along the edge of the road and walked down to where I could actually see the falls for more than a split second. And, it looks a little bit like this: 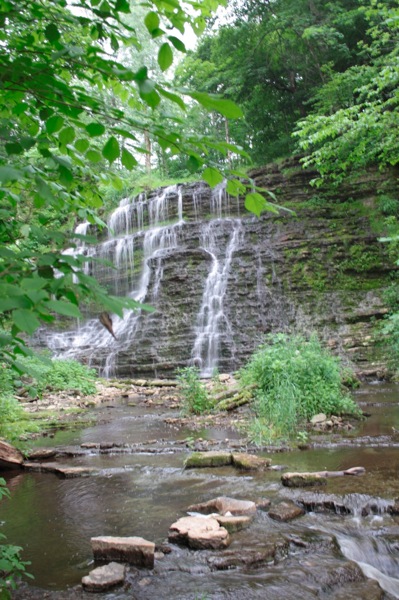 As you can see, Talcott Falls is never going to beat Niagara Falls in a competition of “who’s is bigger?”, but I felt that kid like excitement again when I walked down to where I could actually see these falls up close and personal. Â I’m happy that I was able to grab a couple of photos.

After the falls it was time to head home so I got back in time for supper. Â I took the opportunity to drive on one of my favorite roads in the state, NY Route 177, which goes from Adams Center to near Lowville. With the exception of Barnes Corners (blink and you’ll miss it, but listen to snowfall reports in the winter and you’ll hear it mentioned), Route 177 goes through nothing but farmland along the ridge of the Tug Hill Plateau. I find the wide open spaces to be quite comforting.

I’ve done this before, but I took a pic or two of the green energy being generated atop the Tug Hill. These guys make up the Maple Ridge Wind Farm. 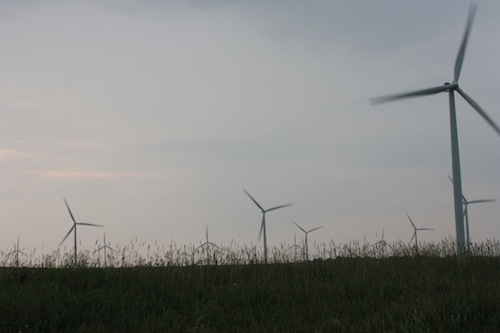 There was a thunderstorm at my back when I took this photo. That kept the rest of the drive quite interesting.