If ‘Fit Happens’ shouldn’t the customers be encouraged to walk around to the back of the building? It seems like even more fit would happen. 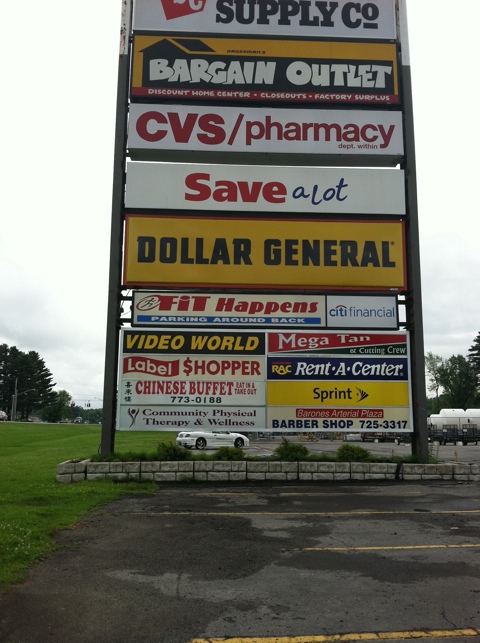 One of the really bad jokes that is omnipresent in the Manor is how much money I spend in iTunes. It’s really pitiful if you think about it. Having worked in radio for 15 years, I tend to remember every one hit wonder that hit the Top 40 stage anywhere from the mid 1980s to the mid 2000s. I have this habit of remembering a song, getting it stuck in my head and subsequently buying it on iTunes. Then I’ll play it a dozen times and forget about it completely, the ear bug having been completely squashed. It can be (and is) an expensive habit and something that I needed to rectify. There was the Great Zune Experiment last year, where I bought a Zune and used the Zune monthly subscription service to satisfy these musical needs. The Zune is a nifty little device, but it seemed like every track I looked up on the Zune Marketplace would show the album cover, artist and everything and then come with a little note to the side “Not Available.” Why show the damn thing if you’re not going to make it available?

I have mentioned before that I follow several tech podcasts (net casts) from the TwIT network, more specifically iPad Today, MacBreak Weekly and This Week In Google. I will admit that I am a little hard to deal with in the morning and this mood doesn’t usually dissipate until 11:00 or so, but I have been finding it hard to get through the MacBreak Weekly episodes lately, especially since there are screeching Edith Bunker impersonations (no one but Jean Stapleton can do Edith Bunker), hosts that have apparently not prepared for the episode and are subsequently asking repetitive or downright moronic questions, instances of ultra hamming it up with needless accents and carrying on more appropriate for a Top 40 Morning Zoo show and singing and dancing to a song called “Rat Hole”. 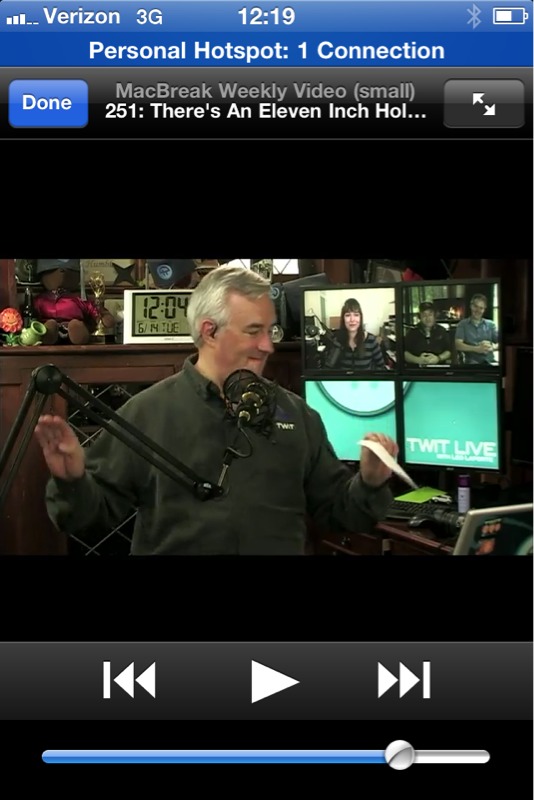 But I digress as I just had to get that little venting out of my system.

The reason I bring up the music consumption habit and the podcasts in tandem is because amongst all the inane chatter I got through this morning, the always lovely Veronica Belmont brought up the fact that she has moved away from using iTunes altogether over the past six months and is now using a service called Rdio. She mentioned that she has used Pandora and a couple of the other alternative music services. Like me, she mentioned that Pandora seems to play the same songs over and over again. (I have an additional problem with Pandora in that as the playlist progresses the tempo gets slower and slower and slower until I am snoring through a suicide inducing track that is suspiciously part of what should be a 70s disco love fest).

Rdio is brilliant. It is a subscription service that lets you stream music through a web browser, to a whole assortment of mobile devices or through native applications built for your favorite computing platform. Well, not entirely native, some apps are written through Adobe Air, but that’s better than nothing.

The best part of Rdio is that you can store tracks on your mobile device for offline listening, perfect for those that are copping some wifi in the office and lose connectivity once in a while. (I don’t know who would do that).

There are a couple of subscription price levels. I believe the most expensive is $9.99 per month for unlimited offline music downloads, which is far less than what I was paying for Microsoft’s Zune Marketplace and a hell of a lot cheaper than my monthly iTunes habit.

An added bonus for Rdio is that it has social networking features built in, much like the Ping service on iTunes. So I can see what my Twitter followers are listening to if they use Rdio and then try those songs out. In fact, I took a look at what Veronica Belmont was listening to and discovered Foster The People, which is an awesome band that I highly recommend. They had me bopping in my cubicle this morning. I even downloaded the Scissor Sisters, which I haven’t done on iTunes because they keep getting moved to the back of the “purchasing agenda”.

I think everyone will hear a sigh of relief from my husbear when I settle on using Rdio for my music listening needs. If I find anything that breaks the deal I’ll be sure to share my findings here, but I have a good feeling that this service is going to be a keeper for my musical needs.

Now, if I could just find a way to avoid the bad stand up routines on the TwIT podcasts.