The kitchen is starting to look like a kitchen again and Earl and I are both thrilled. 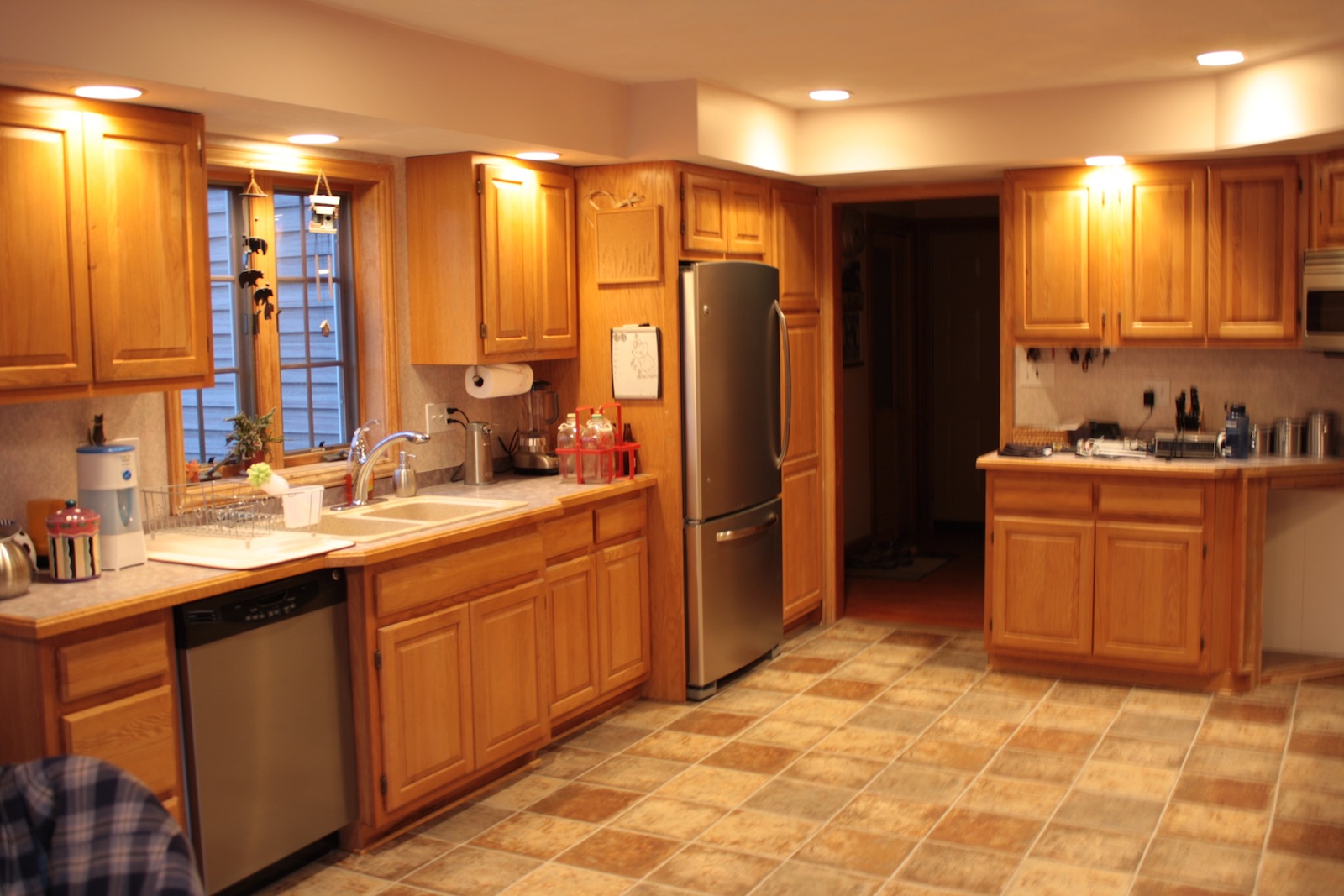 Friday evening we received word that the dishwasher and refrigerator had arrived, so on Saturday morning we headed out to Syracuse and picked them up at the warehouse.

Saturday afternoon it was all about teamwork as Earl and I disassembled, moved and then reassembled the refrigerator in the the kitchen. The installation only took an hour or so once we had it in the general vicinity of where it needed to go. After that was done, it was onto the dishwasher where we installed that like the home improvements experts that we strive to be. No leaks on the first try on both the refrigerator and the dishwasher, so we were pleased.

Today we’ve spent most of the day getting the kitchen back into shape and finding new gadgets and doo-dads to populate the countertops.

The observant viewer will notice in the picture above that we are still without a stove. That’s coming from Lowe’s and it will be here within the next couple of weeks. In the meantime it’ll be about the panini grill and the crockpot when it comes to supper assembly.