My smartphone, a Motorola Droid on Verizon (the original Droid), lit up the room like a beacon in the middle of the night. It was 04:51 and I was awoken by the bright light.

“A system update is available for your device.”

Now a normal person would just turn off the phone, throw out a few curse words and get back to sleep. Not me, I wanted to see if I was about to get the latest version of Android operating system. It’s called Gingerbread. This would have been an unexpected surprise.

I tapped the display in all the right places and waited for the obligatory reboot. It turns out that I wasn’t getting some Gingerbread, but just a newer version of Froyo, the current Android operating system on the Motorola Droid. I went from 2.2 to 2.2.1.

Sigh. I knew it was too good to be true.

While I still love using and working with computers very, very much, not much has happened in the technology world lately that has really grabbed my attention and made me feel excited about using computers again. Mac OS X is kind of boring to me lately. I mean, aside from a few tweaks here and there, the big cat is plodding along solidly but it’s essentially the same thing as it was a few years ago. Though I don’t play with Windows that much (I have to use XP at work), Windows 7 is still Windows with pretty decorations. And Linux can make it anything you want it to be I suppose, but who has the time to build your own interface from scratch?

I guess there’s a point where technology moves from being an obsession or a toy to a tool, and this is where my head is at lately.

This morning I discovered MOG, which is a music service that let’s you listen to unlimited amounts of music and download songs to your mobile device for a monthly fee of around US$10. That’s kind of cool. Pandora has become a little repetitive for me lately, probably because I haven’t nursed my playlists along enough and you can’t save the Pandora songs in any manner, so I welcome this new chance to play around with MOG. 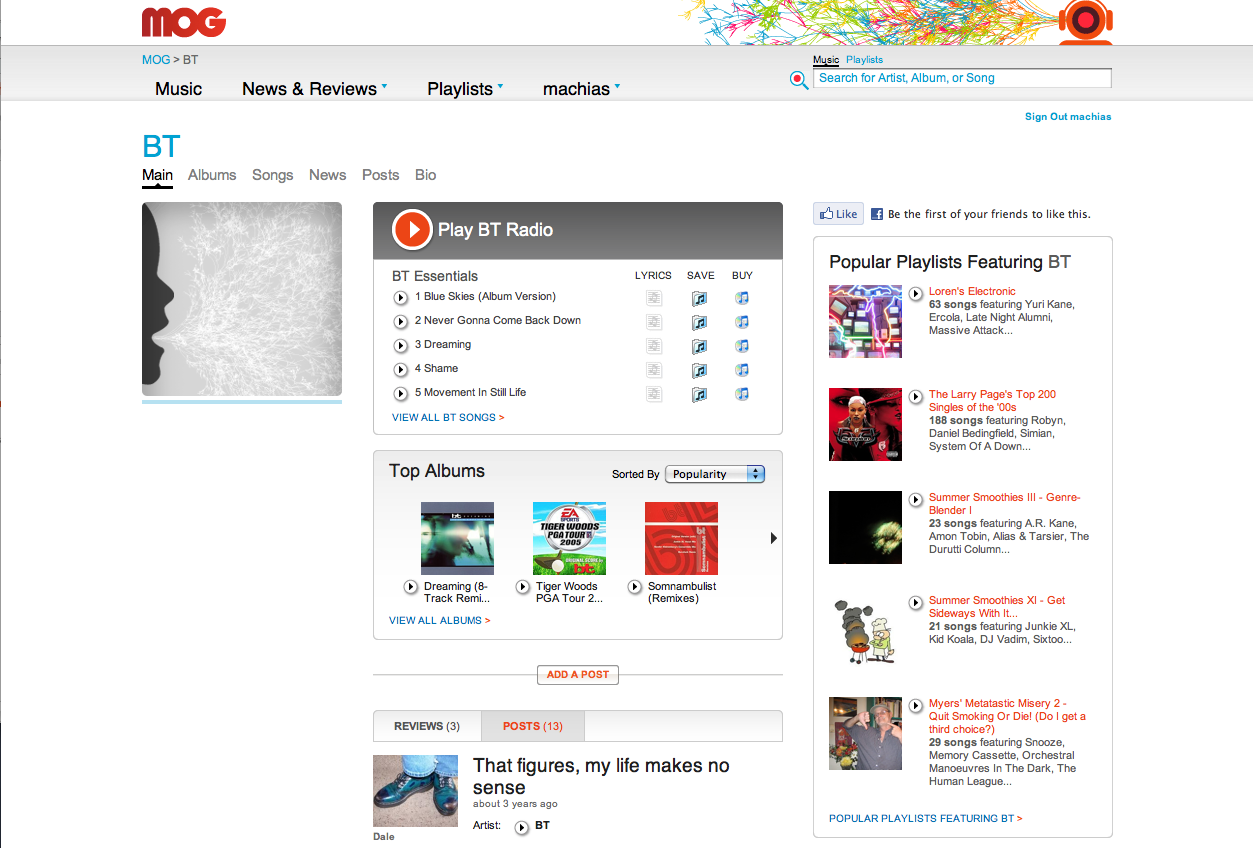 I need something new, something fresh in the computing world to grab my attention. I want a new paradigm. Perhaps Google’s Chrome OS, due out in the middle of next year, will excite me a little bit. Portability with access anywhere? That stuff appeals to the network/connected geek in me. I sort of have that stuff with MobileMe and Dropbox (and the like), but Chrome OS could take it to a new level for me.

Maybe that’ll compute in my head and give me something to get excited about.