As we all know, today is Monday. It is a rather grey day in the Central-Leatherstocking Region of Upstate New York. There was an inch or two of snow at home when we woke up this morning but there’s nothing on the ground at work. I believe I have identified the line that marks the official far end of the Lake Ontario snow belt. The pattern is the same as I observed earlier this year when I first started this new gig.

I find Monday mornings to be the hardest part of the work week because I’m not a morning person and I often feel like I’m not firing on all thrusters when I first get into the office on Monday. I have the best of intentions, but I end up plotting my day to gradually ease into the week by doing many routine tasks on Monday morning. After they were completed, I started playing with my whiteboard and formulating my next addition to one of the web applications I maintain.

My mood is jovial in this picture, but I look serious because I’m at work and I’m doing serious programming. 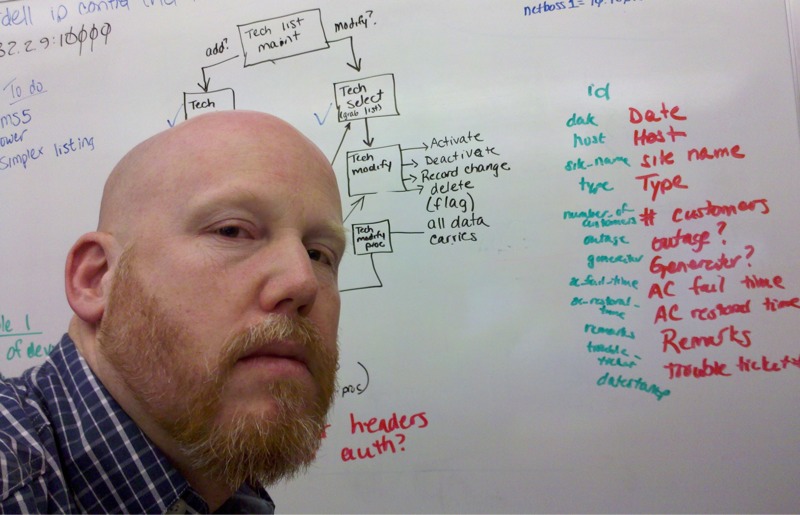