So last night I was in Connecticut for the Ct. Gay Men’s Chorus monthly fundraising Bingo night. The theme of the evening was “Past Your Prom.” The event was well attended.

I did some sound work for the chorus a while back when my friend Greg was the Guest Director of the group and it’s always good to see the guys each time I go back. I look forward to going to the next Bingo night.

Greg mentioned a couple of weeks ago that he was going to be taking “prom photos” of those that wanted a special memory of the occasion so I offered to bring our photo printer along so the attendees could get their photos right away.

Before the doors opened, Jason and Corey were kind enough to pose in typical prom fashion so Greg could calibrate the camera. Unfortunately they weren’t in their prom gear at the time but they still displayed the vibe well. 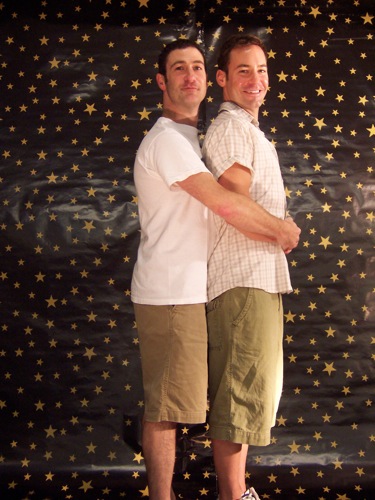 Bingo numbers are called out by our very own Joan Crawford and her darling children Christina and Christopher. Unfortunately, Christina was unable to make the event last night, but Christopher was there and even brought along his prom date, Carrie White. Joan, Christopher and Carrie were kind enough to pose at intermission to sort of break the ice for everyone else to get their pictures taken. 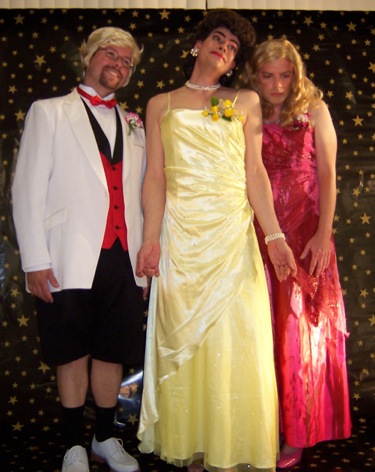 Earlier in the evening, Joan asked Carrie what had happened to her dress and said something about an accident she had and unfortunately, she was wearing the only prom dress she had.

Greg and I took about 30 photos during intermission of varying sized groups and then I walked about the bingo hall during Act 2 trying to match faces in the photographs with those that were seated at the tables. If you’re curious, the photos are available on The Connecticut Gay Men’s Chorus Website.

Here are a couple of photos of the crowd. 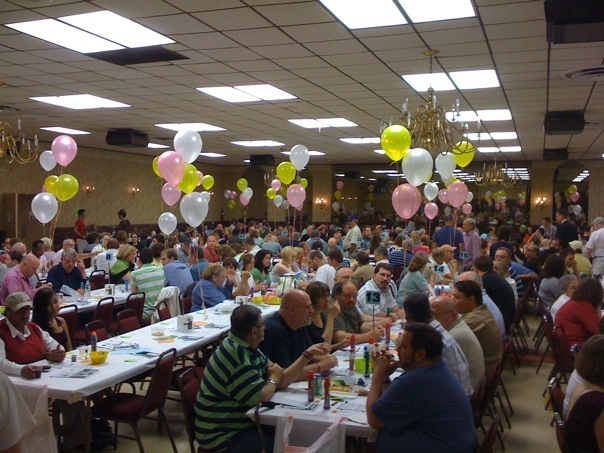 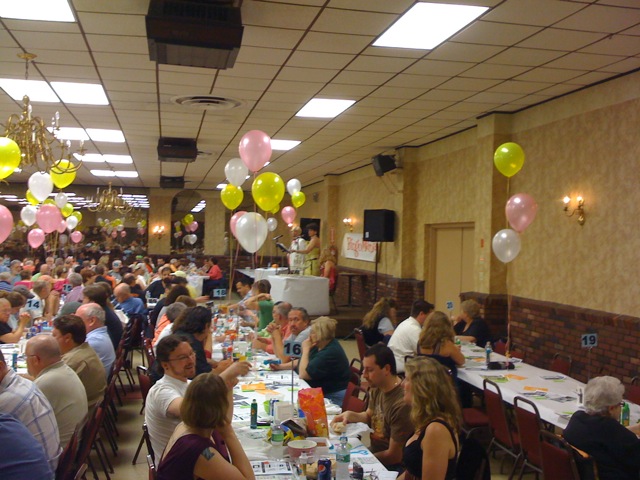 Afterwards, Greg, Corey and I joined a bunch of friends at 168 York Street for a few (NA) drinks. There was a drag show in progress on the back deck but we decided to hang inside instead. There was a woman there who looked very much like Amy Brenneman (but didn’t sound like her). She was very hot looking. I soon realised that she was a lesbian, as she was making out with her presumed girlfriend, another very hot woman that looked a lot like Kelly Clarkson. Had it not been a gay bar, I’m sure many men in attendance would have a hot visual for their fantasies for the night.