So here it is the Monday after the Pride weekend festivities in my favourite North American city, Toronto. Earl and I arrived back at The Manor last night around 10:00, we went to bed shortly afterwards.

We both took Friday off from work so we could get into Toronto nice and early and hit the pavement Friday night; the QEW decided to disagree with us a bit as traffic was crazy from Hamilton all the way to the Gardiner. So we got to the hotel room around 6; by 7 p.m. we were off to a pre-pride meet and greet and North Bound Leather. It was quite festive. Afterwards there was dinner and drinks with friends and hanging out on Church Street people watching until the wee hours of the morning. Very nice.

Saturday morning we were up at the crack of noon and headed over to the Village Rainbow Café for some brunch. The mood was festive. 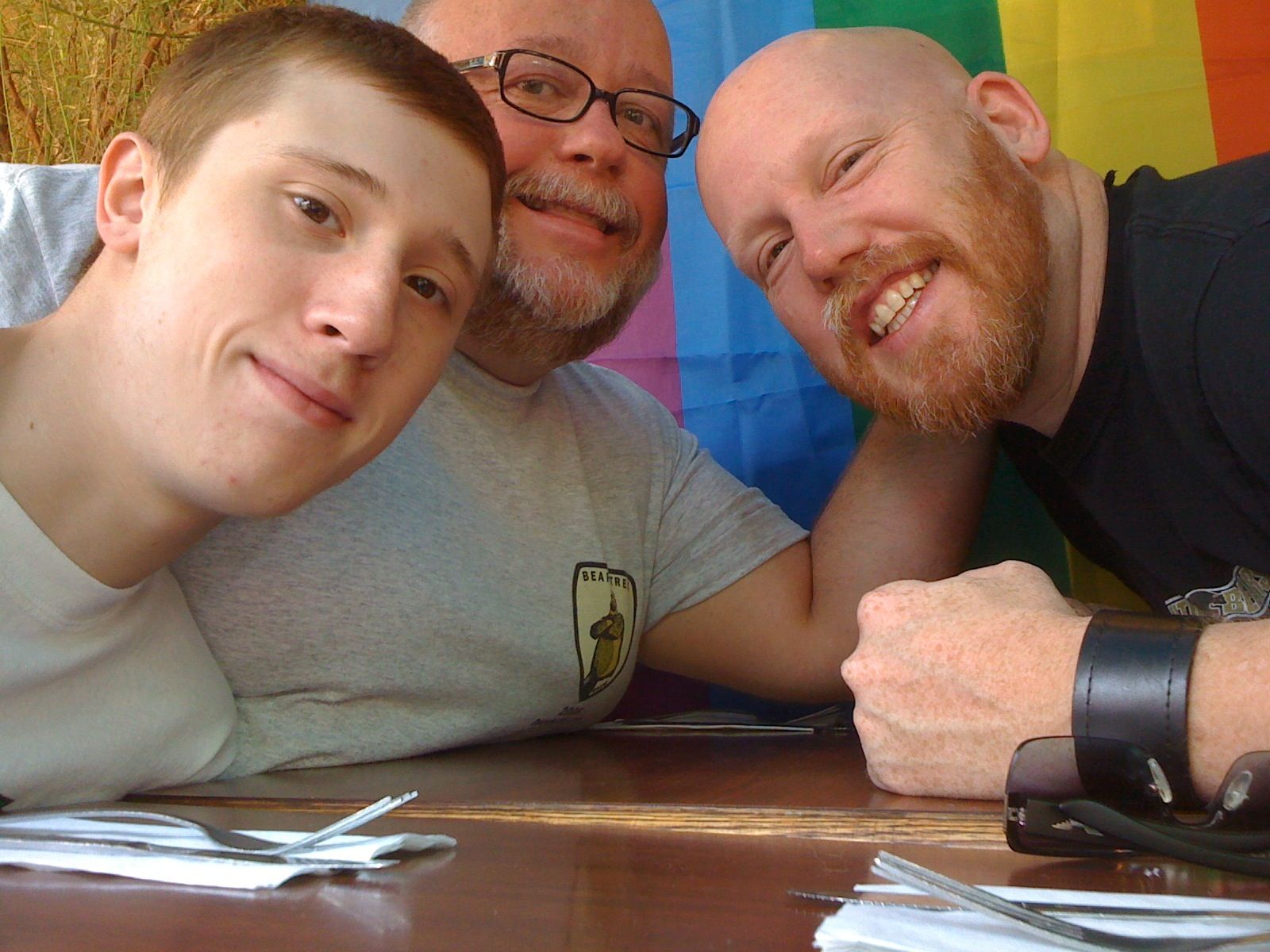 We then hit the streets, walking up and down Church Street (and the side streets between Church and Yonge) visiting the vendor booths and enjoying the festive atmosphere. The weather was perfect for the celebration and the streets were subsequently very busy. 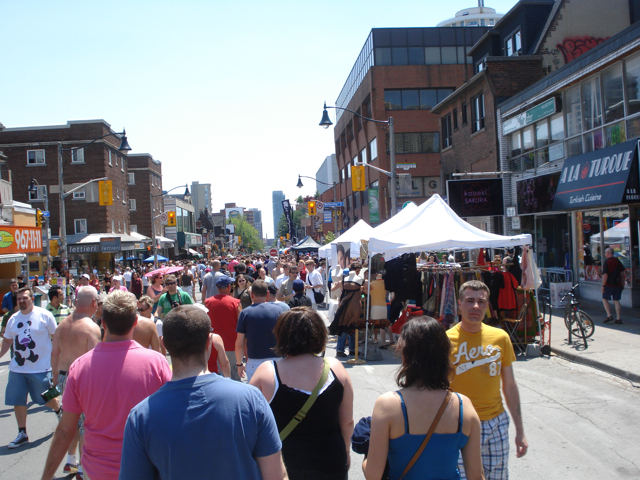 Earl and I took our obligatory self shot. 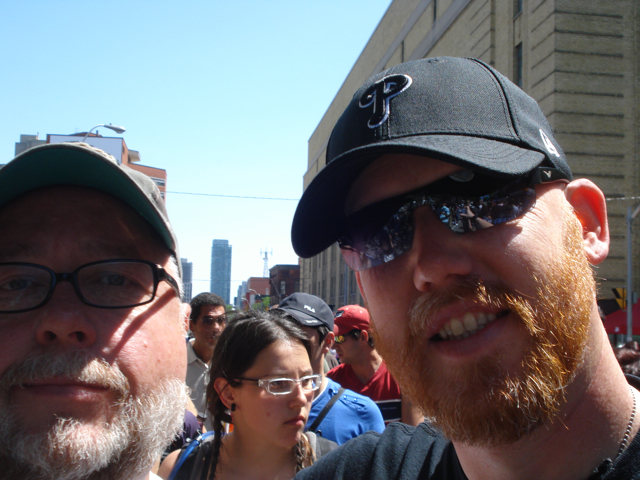 After the fun on the streets in the afternoon we cleaned ourselves up, decked ourselves out, had dinner and then met up with friends for the typical Saturday night fun. I’d share the pictures but people would blush.

It was raining pretty good on Sunday but we decided to ignore that and see the parade after all. We checked out of the hotel, put the Jeep into a strategic escape position and parked ourselves on Yonge Street. 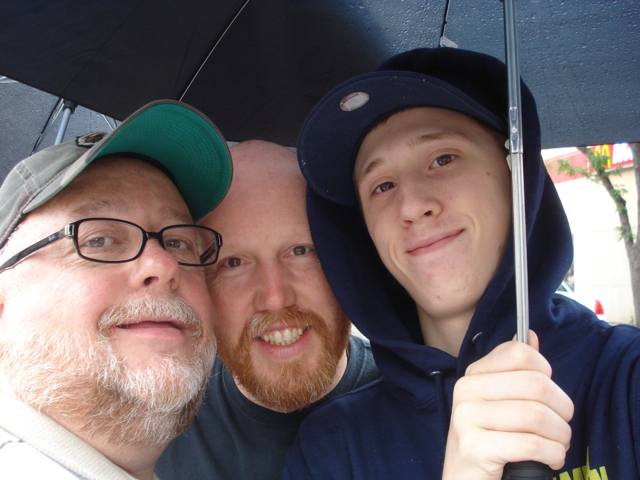 We were going to move to the east side of the street but we were unable to cross over Yonge without going through the subway tunnels, so we stayed on the corner of Yonge and Grenville, joined by our friends dan and Rick.

The parade was fabulous. The rain stopped just in time for the festivities to start and then it was nearly 2 1/2 hours of people being themselves in a very long, very festive parade.

People dressed appropriately for the celebration. 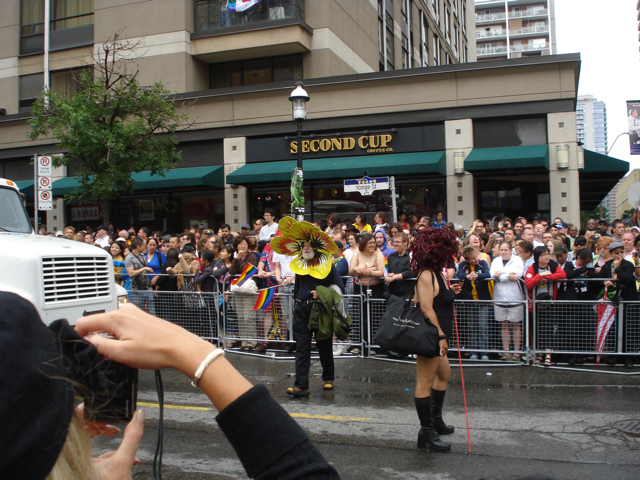 Yonge Street was shoulder to shoulder with spectators. 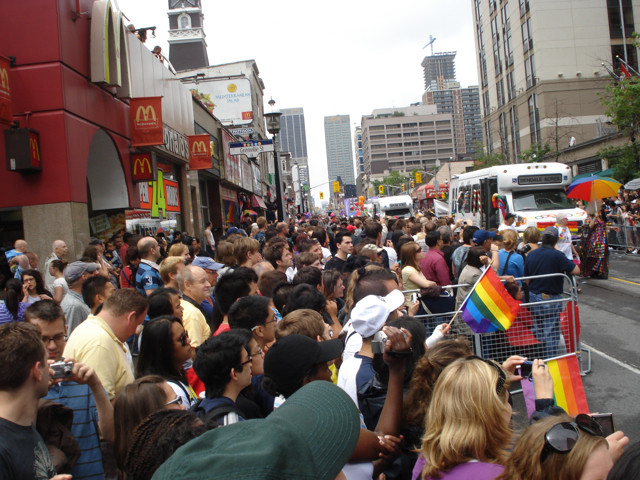 Folks from all walks of life marched by. 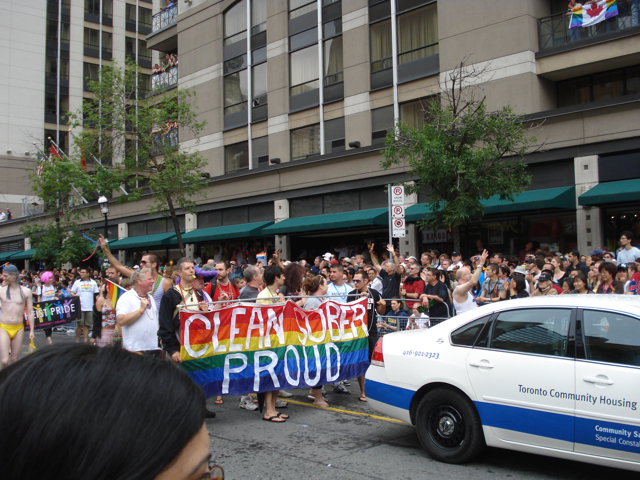 Here’s something you wouldn’t see in the states. The Canadian Forces, the Mounties and the Toronto Police were actively recruiting members Saturday and Sunday on Church Street. They naturally took part in the parade as well. 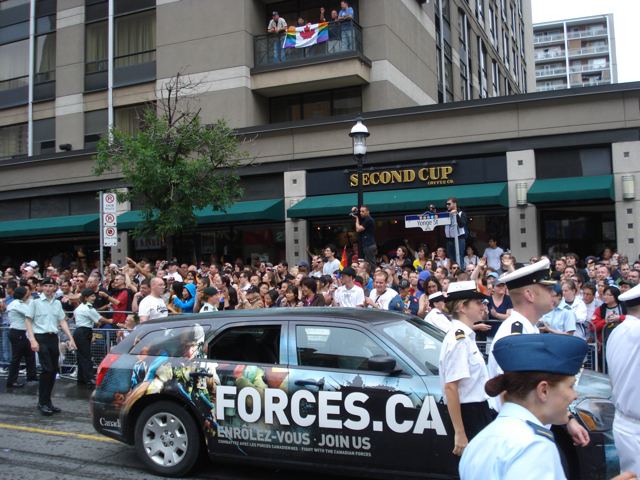 I have to admit, the leather float is always one of my favourites. 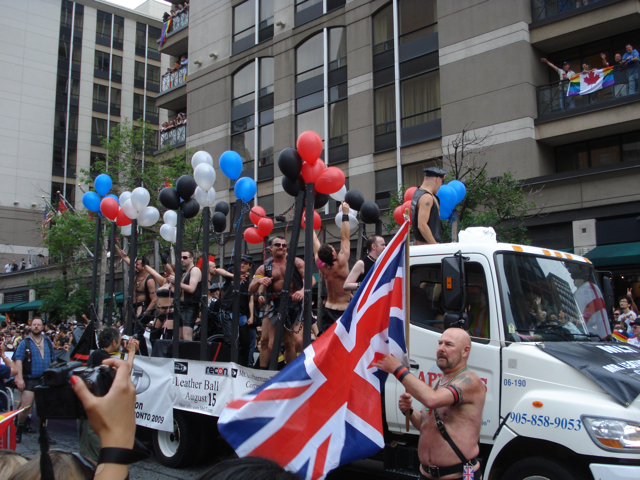 And the bears were bubbling over with pride as well. 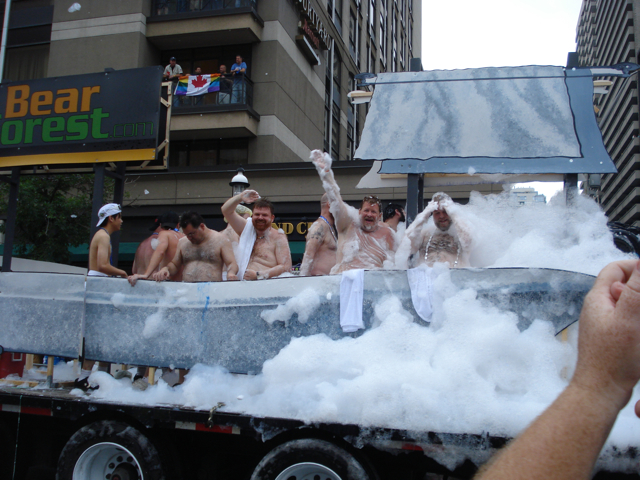 All in all it was an excellent weekend and one of my favourite pride events thus far in my nearly 41 years. I’m looking forward to the fun next year.