Majel Barrett Roddenberry, wife of “Star Trek” creator Gene Roddenberry and the only actor to appear on every version of “Star Trek” in some capacity (Christine Chapel, Lwaxana Troi, ‘the computer’, plus others) passed on last night from cancer.

Two weeks ago she completed her voice work for the upcoming Star Trek movie where she will be the voice of the computer, as she did in almost every incarnation of the franchise.

Personally, I was fan of Majel right from the start, when she played “Number One” on the original pilot of “Star Trek”. The role was dropped from the series, as the networks never thought the audience would be a female second command of starship. Silly networks. 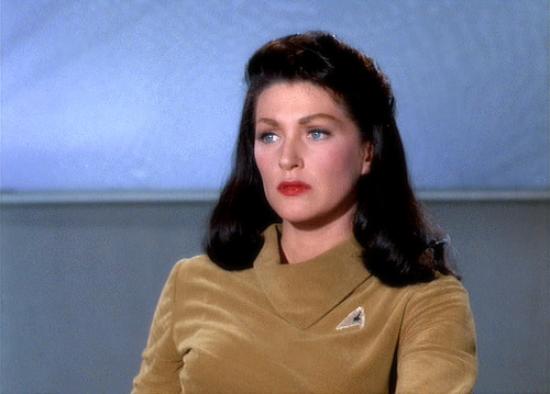