Since we had a long drive ahead of us and we were out kind of late last night, we decided to bow out of this afternoon’s GB:NYC4 festivities and opted to hit the road after breakfast this morning.

After going to bed at nearly 3 a.m., the Universe felt that I didn’t really need that much sleep. At 5 a.m. the hotel front desk called to let us know that the bus for Newark Airport was waiting for us. I replied with a “That’s nice.” and hung up. Vexed by my ambivalence, the hotel decided to continue the merriment by firing off the fire alarms at 9:30 a.m. I yelled, cussed and told Earl to tell the front desk to get a helicopter to pick me up on the roof if it really was an emergency. Of course there was no emergency.

Frustrated and blurry-eyed, I stumbled through a shower, snored through breakfast and then woke up just in time to see that there was a computer show going on at the convention center next to the hotel.

Now that’s the proper way to wake a geek.

Here’s a shot of the Manhattan skyline from our hotel room. 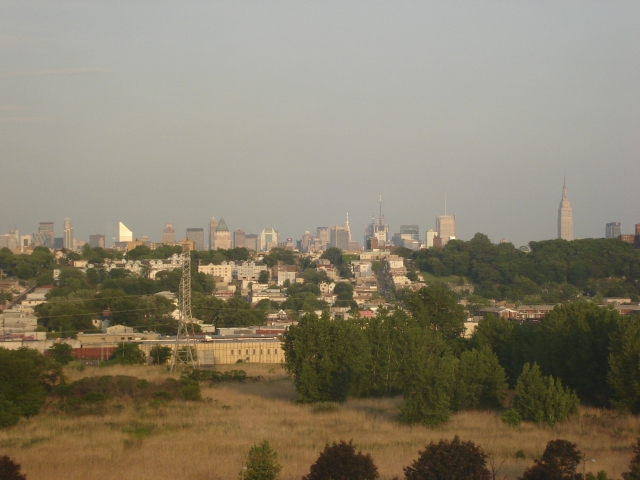 Here’s a photo I took in Central Park yesterday. I don’t know the name of the area but I thought it was rather scenic. 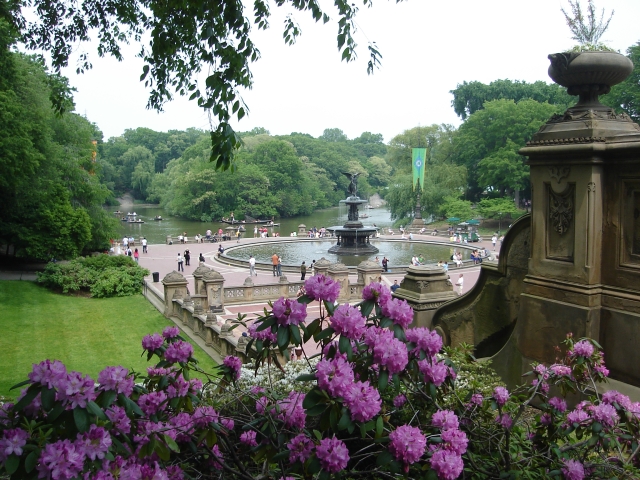 I mentioned yesterday that we joined bears and bloggers on “Bear Hill”, overlooking the roller skating area, so that we could watch the skaters, listen to some disco music, enjoy the sunshine and hang out with everyone. Earl and I loved the experience and wished we lived closer to New York so we could do it more often. Here’s a shot of my favorite skater, “Roller Grandma”, she has great style and presence. Her routine with a man and a Segueway is unmatched. Rumor has it she’s 71 years old. 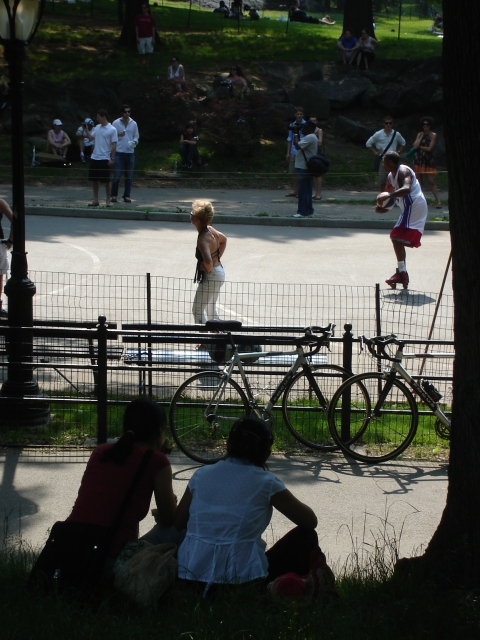 This is John, otherwise known as Bardvern. He joined us from New Haven, Connecticut. He’s a really nice guy, we chatted like a couple of bearish geeks. 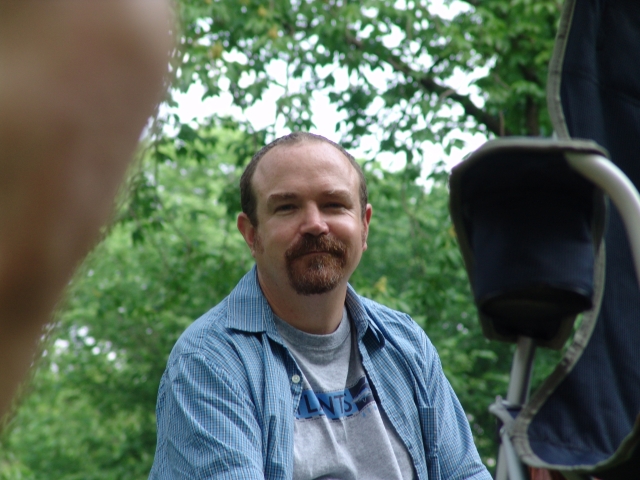 After the afternoon in Central Park, we zipped back to Secaucus to switch to our “night gear” and then zipped back through the Lincoln Tunnel to Manhattan. We parked in Chelsea and took the train to Times Square. I just took random pictures, not even paying attention to where I was pointing when I clicked, here’s a couple of the shots: 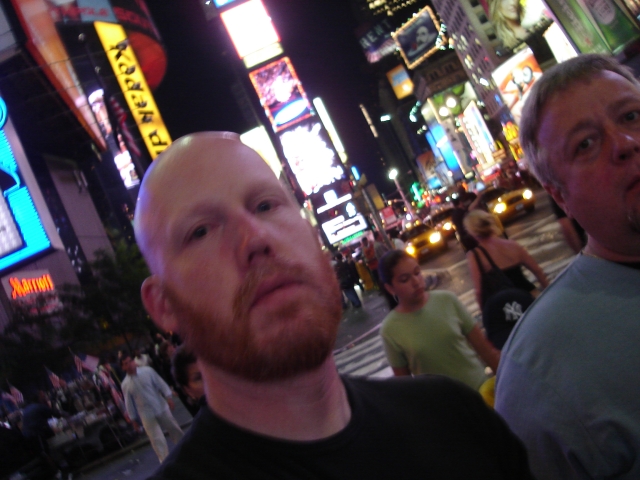 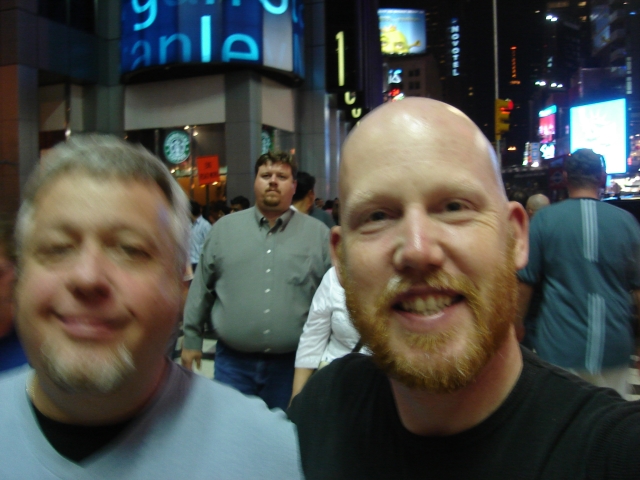 It seems like every time we go to Manhattan we eat at Stage Deli. Last night was no exception. 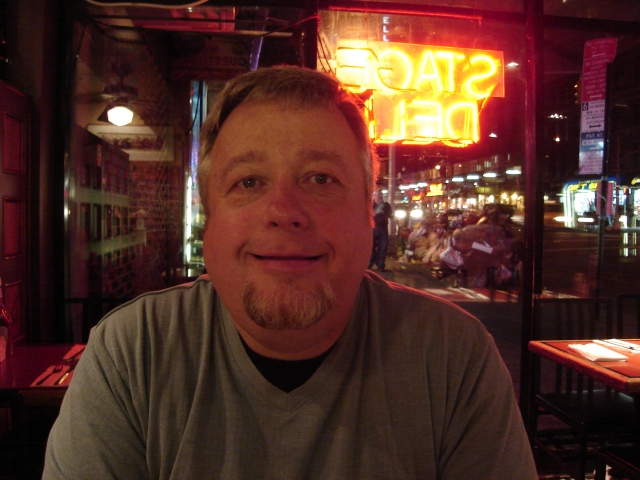 After supper we took the train into The Village and just walked around, drinking in the vibe. After that we headed back to Chelsea and went to The Eagle, not before we stopped back at the Jeep so Earl could switch from “night gear” to “late night gear”. 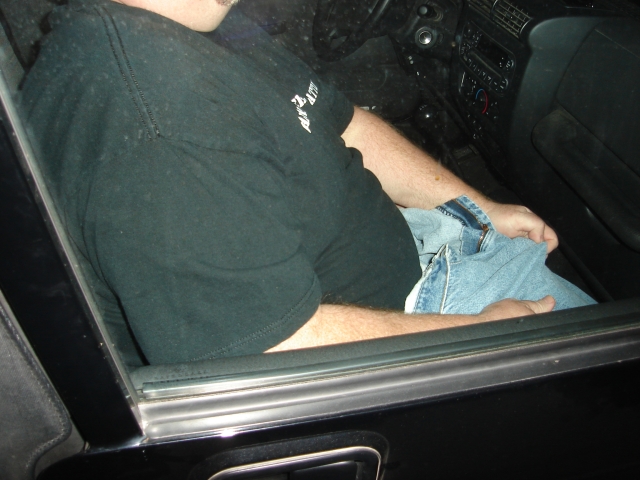 He likes it when I’m snapping photos with the flash and he’s half naked in the middle of Chelsea.

GB:NYC 4 inspired someone to return to the blogosphere. Yay!