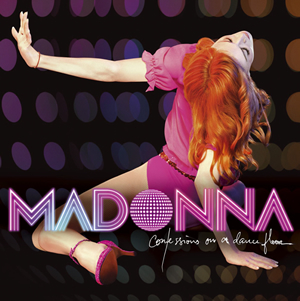 What kind of club DJ would I be if I didn’t go out and get the new Madonna album today? Actually, through the miracles of modern technology, I didn’t have to go out anywhere, I simply logged into iTunes and downloaded myself a copy of the album. There’s actually two versions available, a standard CD with individual tracks, and a non-stop version, with everything segued together into one long continuous mix.

It’s been a long while since I’ve enjoyed a Madonna album. Probably since “Erotica” came out, to be exact. But I’d heard all the rumbles about Madonna embracing dance music once again and I am happy to say that I found the album nothing short of awesome.

I’ve only listened to the entire album once so far. To give it the acid test, I listened to it on my car stereo while driving the New York Thruway at around 70 MPH.

The album feels like Madonna has gone back to her roots, in a 21st century way, and will have you bumping and boppin’ to the way dance music should be, fun, upbeat and hooky.

Go get yourself a copy!