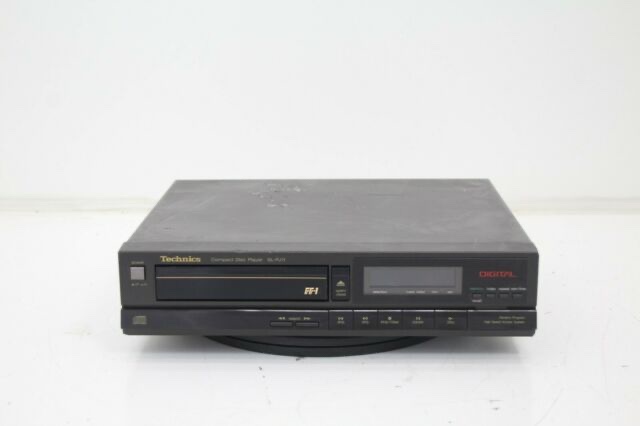 It was spring 1987 and at age 18 as a freshman in college, a man showed romantic interest in me. Never considering myself “a catch”, I was baffled yet somewhat enamored by the whole affair. He invited me to his two room apartment and we listened to a small selection of music on his new CD player.

I had never seen or listened to music on a CD player before that night, and being the dork I am, I was intrigued by this device playing music off of shiny discs. I had seen the discs in the record stores, with their oddly shaped rectangular cases designed to compliment the record albums in the racks, but I never removed one from the package or played with an actual player. I had mastered my Dad’s General Electric VCR with ease and enjoyed the sound of music over my Yorx stereo system, but this CD player seemed so digital.

I quickly acclimated to listening to music on CDs. they were portable and far superior in sound quality to cassettes, and my music collection shifted from vinyl to CD. When I purchased my first CD player in 1989 I hooked it up to my aging Yorx stereo and it brought new life to the equipment I had purchased when I was still in high school.

In 1989 I worked for Digital, or DEC as it was commonly yet erroneously called. Slight tangent: the industry called Digital “DEC” but as employees we were highly discouraged from the same, as the company did not want to be a three letter acronym like IBM. Digital Equipment Corporation was “Digital”, not “DEC”.

OK, back to the story. I was working in my cubicle at CFO2 when my co-worker Karen called me for help with her computer. She was hooking up a new drive and needed some clarification on how to do it.

Her new drive was an external CD drive. This blew me away.

Employees at Digital tended to be rather tech-savvy, even personal assistants and secretaries, because the company pushed for a paperless experience. We all had computers on our desks (not a given back then) and those computers were part of the larger network throughout the company, which had connections to the outside world. But running software or reading data from a CD player, which in my mind was designed for music? That was surprising.

“This CD holds the same amount of data as 1000 floppies”, she said.

To this day I can still remember my idiotic question, “is it noisy”?

I easily figured out how to hook the CD player up to her computer and she was on her way accessing data on the CD she had been holding. I watched her work and was surprised at how quickly the data filled the screen. Within minutes she was back to being productive at her desk. Not a sound from the CD player, it just spun the disc and provided her the data she was looking for.

I hadn’t thought about this in years but this morning I was listening to a track by Anders Enger Jensen called “DiscoVision” and was reminded of my first experiences with CD.

Enjoy this retro track. In Digital.