In a recent conversation I mentioned that I was not a fan of Aretha Franklin. I referenced a blog entry I wrote about the subject a while back and I was a little surprised to hear that my friend had read the blog entry furthermore, he thought that my reasoning for sort of bashing ‘Re ‘Re was a little weak.

Look, I’m not a fan of the woman or the way she sings. But do I have to broadcast this to the world? Sometimes I do it for humor, if only to crack myself up.

The fact of the matter is, if there’s something that I’m good at and also somewhat ashamed of is that I can be a hyper-critical guy. My thought processes, moving at Warp 8 (insert early Star Trek ‘disco warp’ special effects here), tends to notice a typo or a badly sung note or a poorly dressed person or a fart faster than many people and for some bizarre reason, 70% of the time I feel compelled to comment on this.

Of what value is this?

Who knows. At nearly 50 years old (you’re hearing that phrase a lot for the first half of 2018), my observations are probably unnecessary. As a woman once said when I was younger, “don’t stare at people, they know where their problem is located.” Does making such a comment make me feel superior in some way? Probably, but looking at myself in the mirror as I type this, any critical comment is probably a defense mechanism coming from a sense of inadequacy that I have felt for most of my adult life.

I swear I’m not lying on an analyst’s couch at this moment.

I’ve had a couple of flight instructors say to me, “You are a very skilled pilot. When are you going to realize that”?

Honestly, there’s little value to being hyper-critical in today’s chaotic environment. This is something I’ve been trying to be more aware of since the beginning of the year. Am I succeeding at not thinking negatively or making critical comments? I’d like to think I am but the person that could probably answer that best is my husband.

When you read these little snapshots of my life in this, by Internet standards, ancient blog, I sometimes paint myself as a guy that is mean and snarky all the time. I probably don’t give myself credit because I’m critical of my own actions and ways of thinking. I don’t see the world with gray, cloudy glasses on all the time. Quite the opposite.

I just need to articulate the brightness a little more.

I have shared this TED talk before. This is Angela Ahrendts speaking at TEDx Hollywood in March 2013. She speaks about human energy. She knows of what she speaks. I watch this from time to time to remind myself of the importance of authentic communication in this fast paced, technologically fueled world.

Heeding the advice of a tweet that flew by on my Twitter timeline this morning, I turned off the “predictive text bar” that likes to hover above my keyboard in iOS on my iPhone.

Ironically, this has made me able to type more accurately using both thumbs. I’m actually writing this blog entry at a decent clip.

The Predictive Text Bar was designed to predict what word you were trying include next in whatever you were typing on iOS. The feature was introduced a few years ago. There was a little bit of fanfare surrounding the inclusion. Words like “awesome” and “delight” were bandied about.

I’ve watched various words appear in this bar over the years but I think I’ve actually used the bar only once or twice. The removal of the bar seems to have sped everything up as well; my typing doesn’t feel nearly as laggy as it did before. 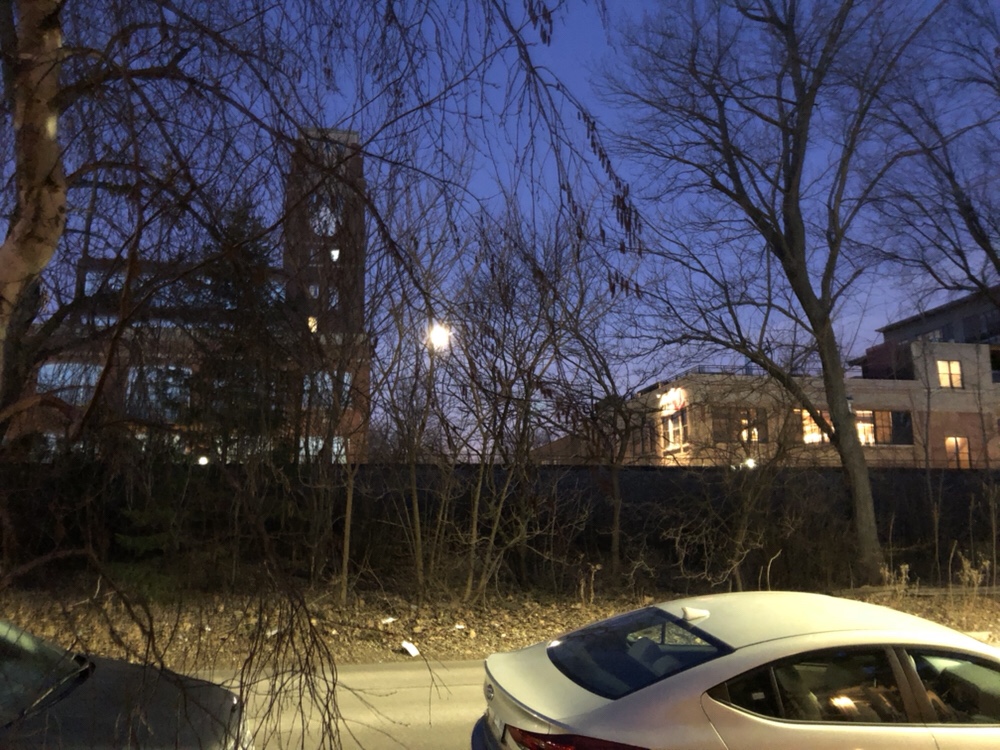 The moon hangs in a predawn sky.