Now that summer heat is winding down a bit and Monsoon Season is coming to end, I took the opportunity to jump onto my bicycle for the first time in too many months. I initially thought I’d ride five miles or so and then continue the trend tomorrow, slowly building back up to my usual 25 miles and the like.

We live off one of the main roads between Tucson city proper and Saguaro National Park East. The road is clearly marked with cycling lanes and this makes riding along the road enjoyable. Heading west toward the city, there’s signs leading one from the National Park to The Loop, a 130+ mile multi-use trail through and around the greater Tucson area. I decided to follow the signs and connect to The Loop. This would be my first time on the pathway.

The markings between home and The Loop are clear, but the marked pathway through a small housing development is in really bad shape. Roads in Arizona in general seem to struggle in the desert, so it’s a bit understandable, but I was concerned my bike tires would not survive the two miles or so through this little development. Once I got to the actual Loop, the pathway was as smooth as can be. In the future I’ll be taking the car to one of the parking areas near an entrance to the Loop and jumping on that way. I don’t want to bang up my 20+ year old bike anymore than I need to. We have a history together.

Once on The Loop the ride was a joy. The section of the pathway I traveled today went along Pantano Wash, so there weren’t many road crossings, instead, The Loop travels under bridges from crossing roadways, much like the Erie Canal Trail in Upstate New York or one of the North Side cycling trails in Chicago. The signs directing traffic and amenities on The Loop are the best I’ve ever seen on a cycling facility. There were plenty of places to stop and rest, a good assortment of rest rooms and the like, and I found the entire experience very enjoyable. The Loop is similar in construction to the Lakefront Trail in Chicago but not nearly as crowded. I ended up riding 15 or so miles before calling it a day and asking my husband to come pick me up.

I look forward to another ride tomorrow morning. As the weather cools down I’ll probably be able to get some rides in after work during the week before the days get too short to see where I’m going.

More about The Loop here on Wikipedia. 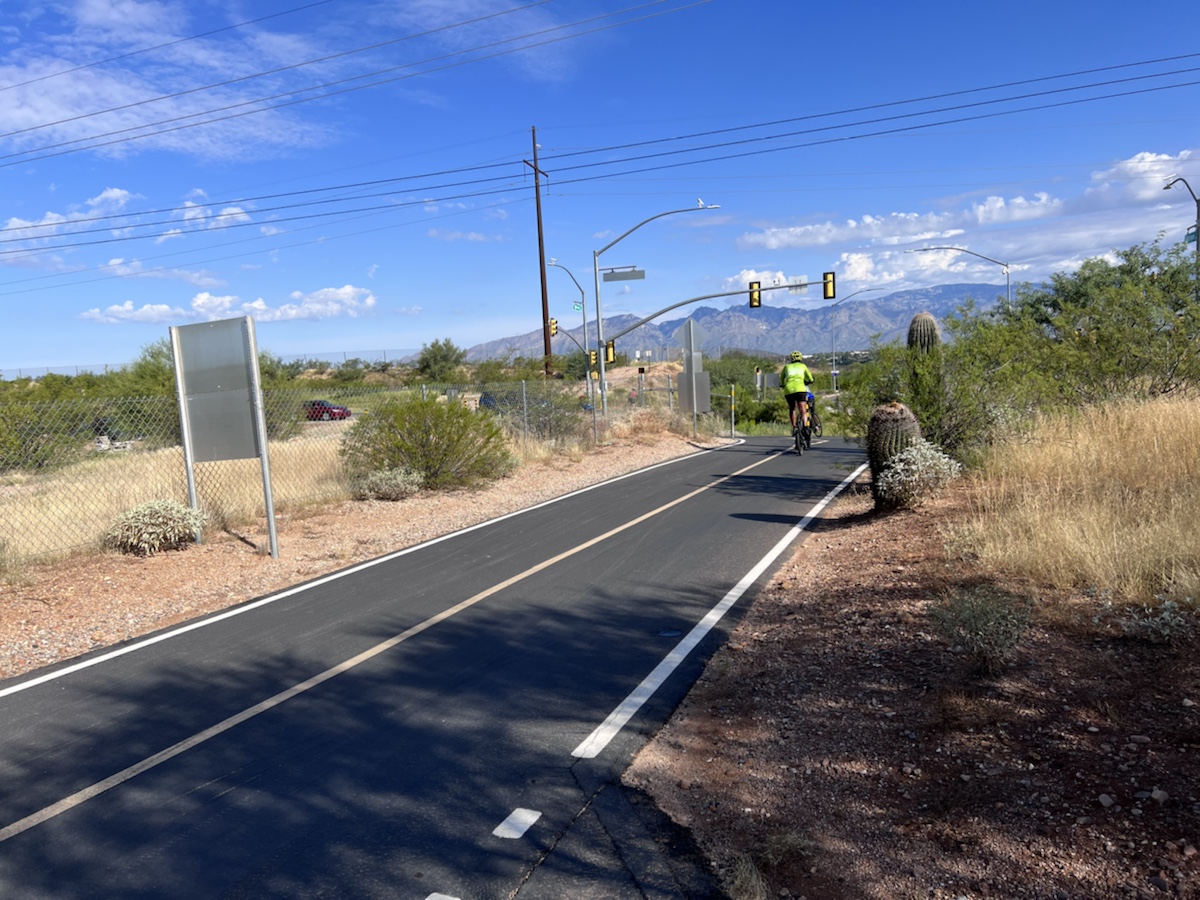 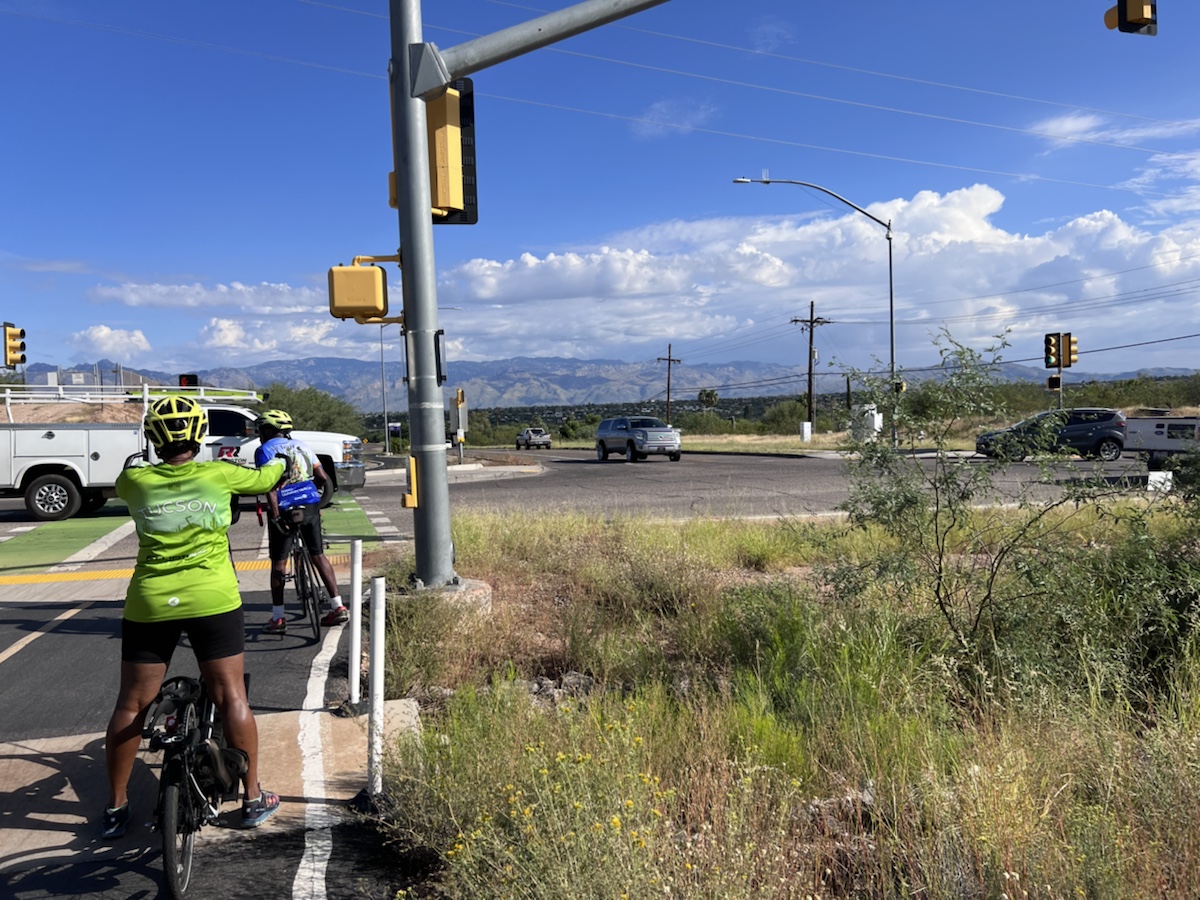 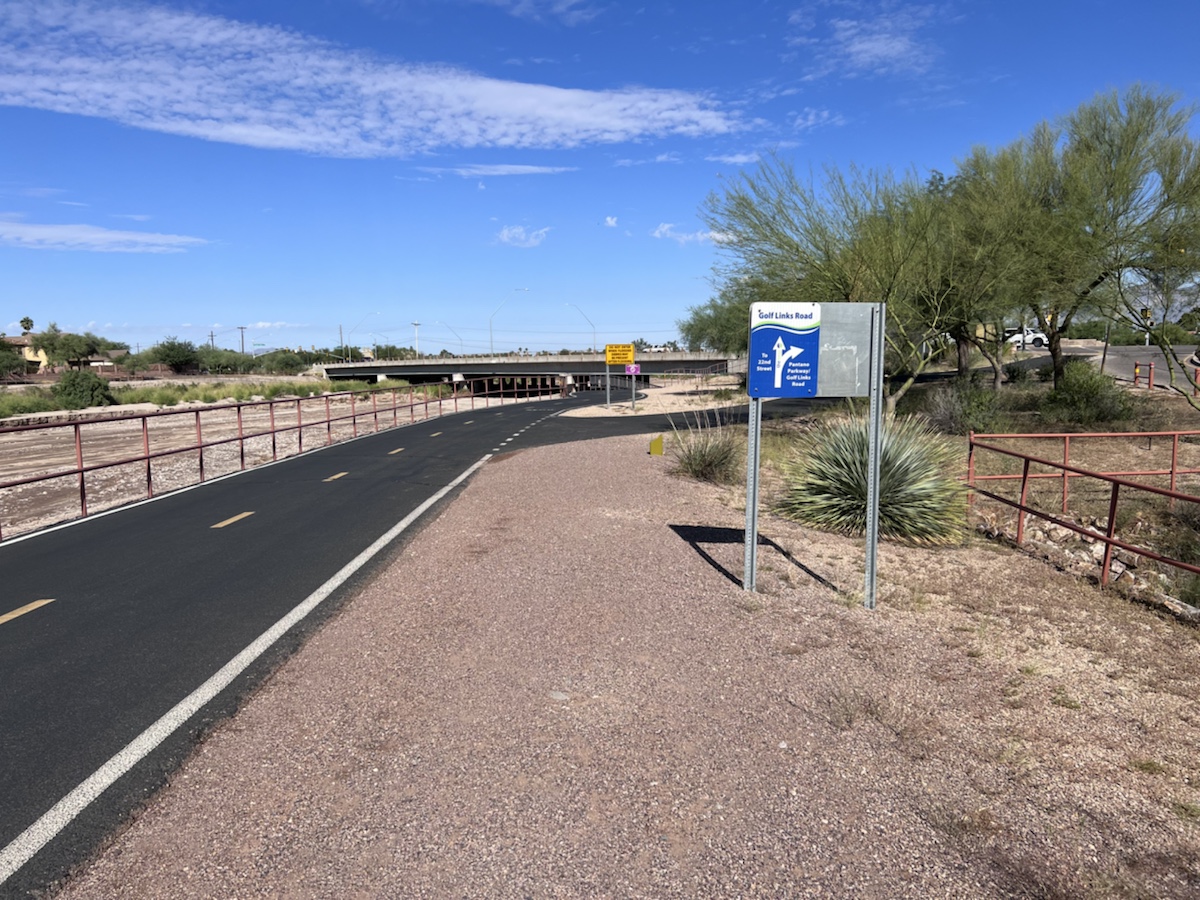 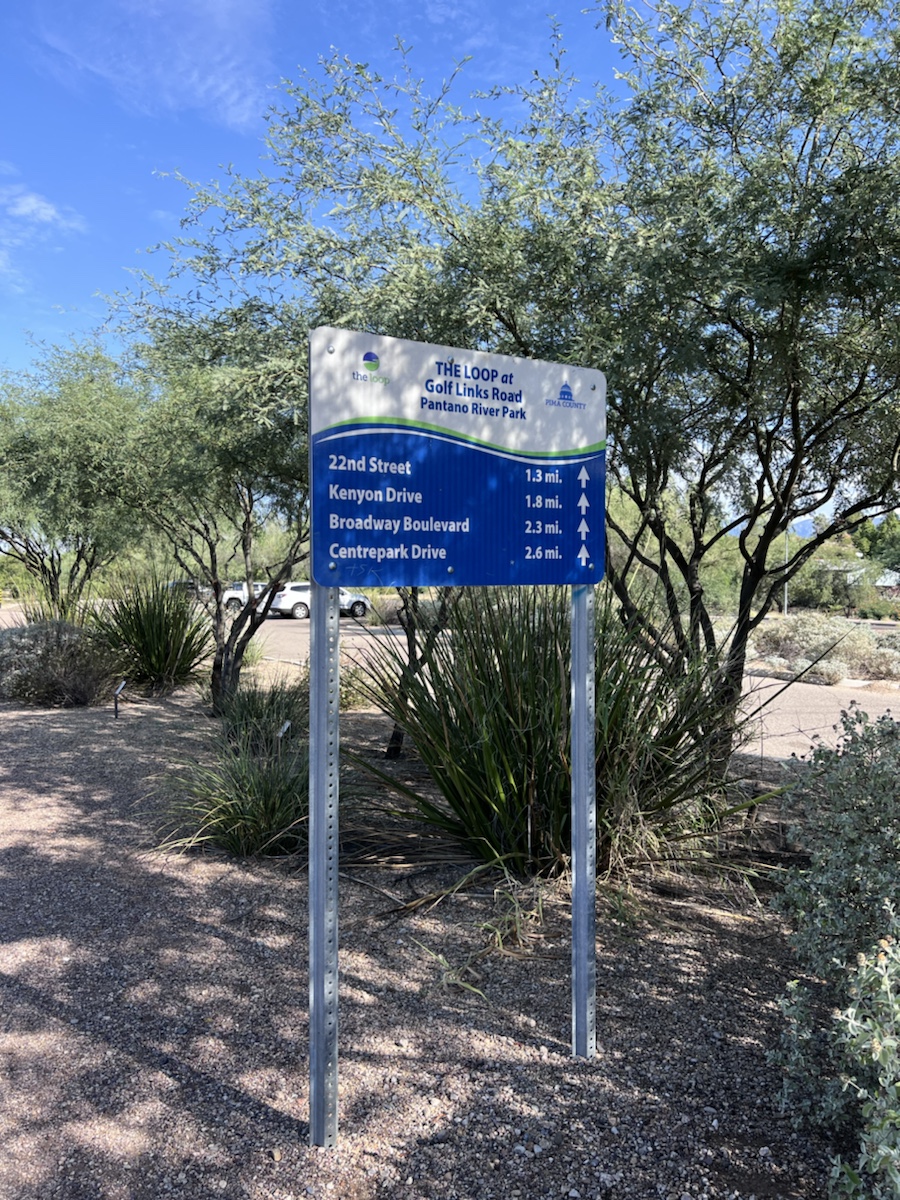 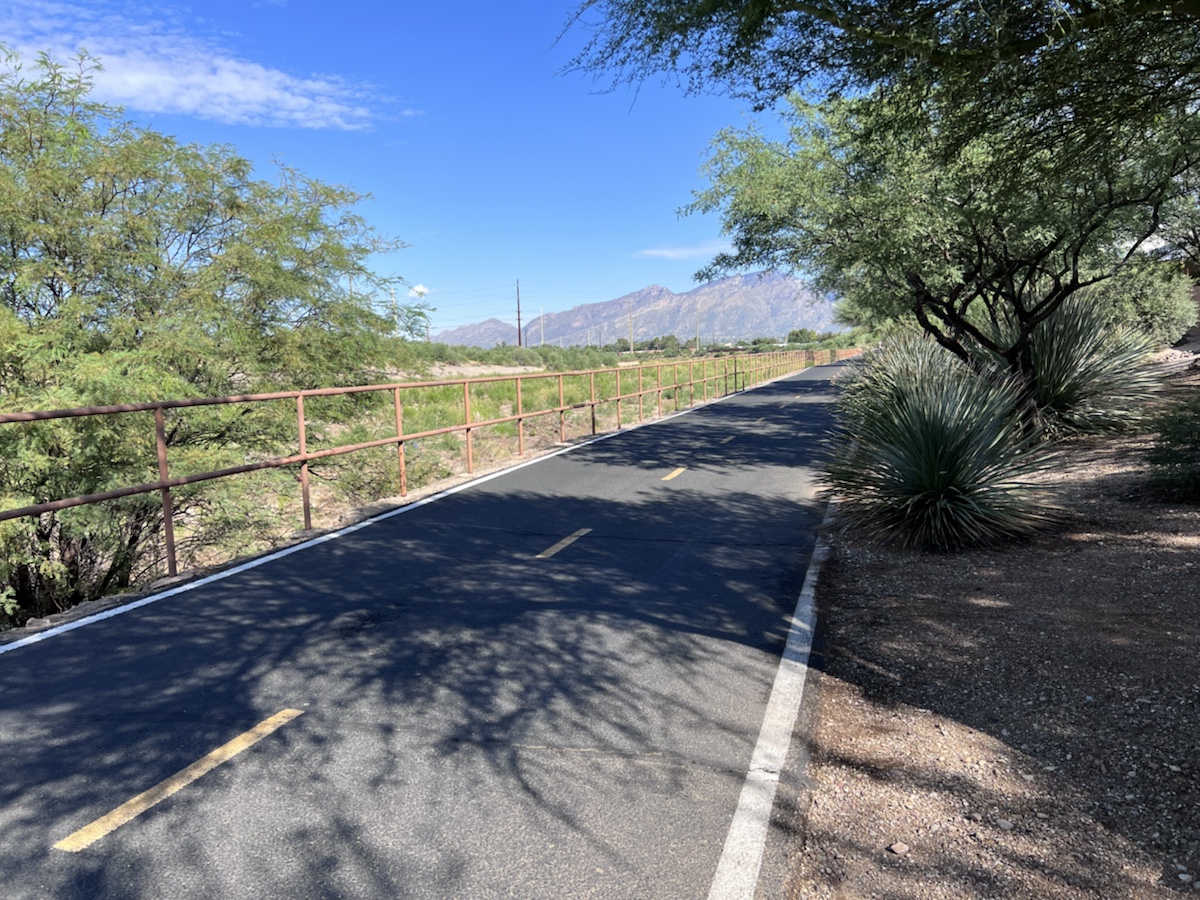