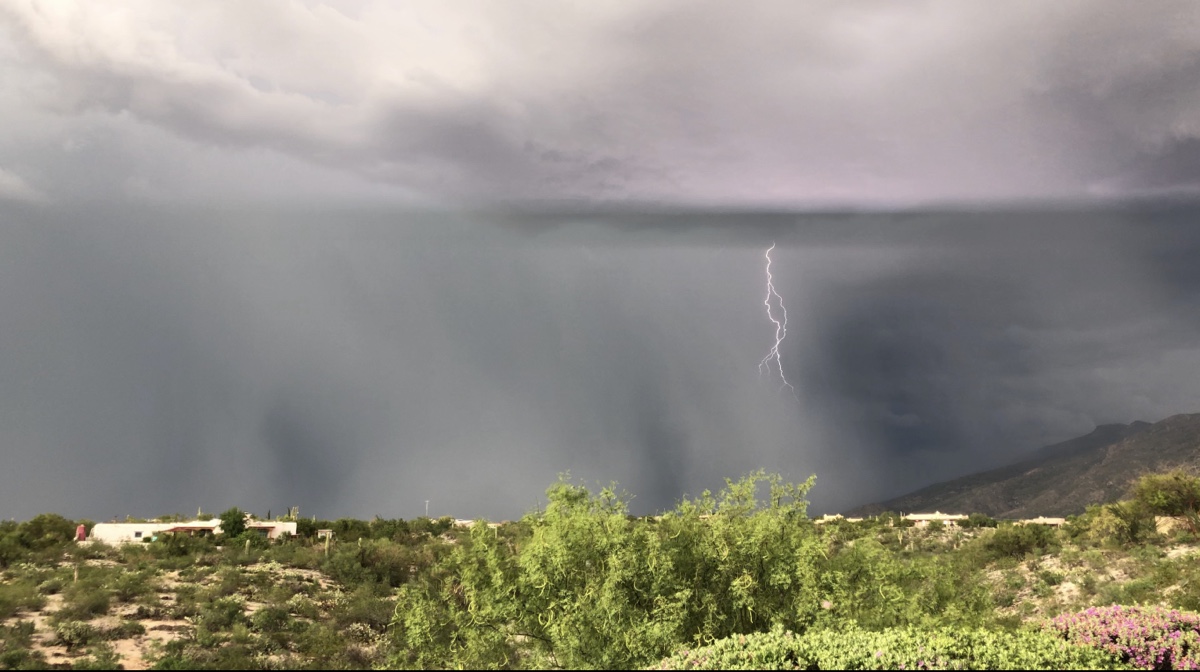 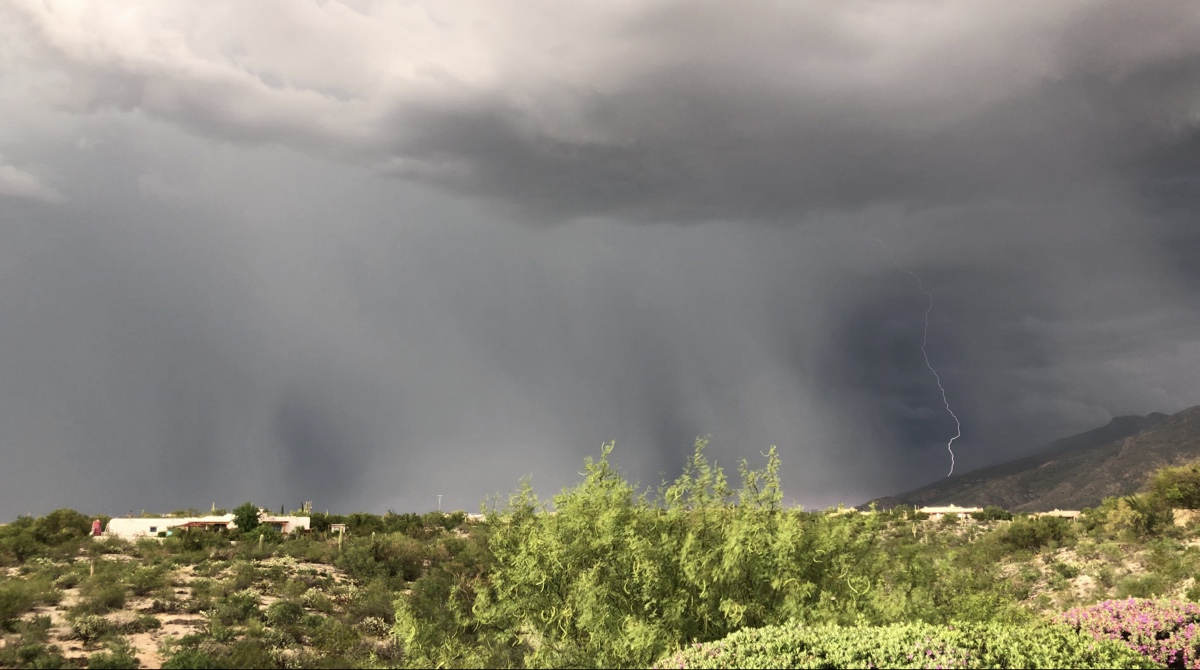 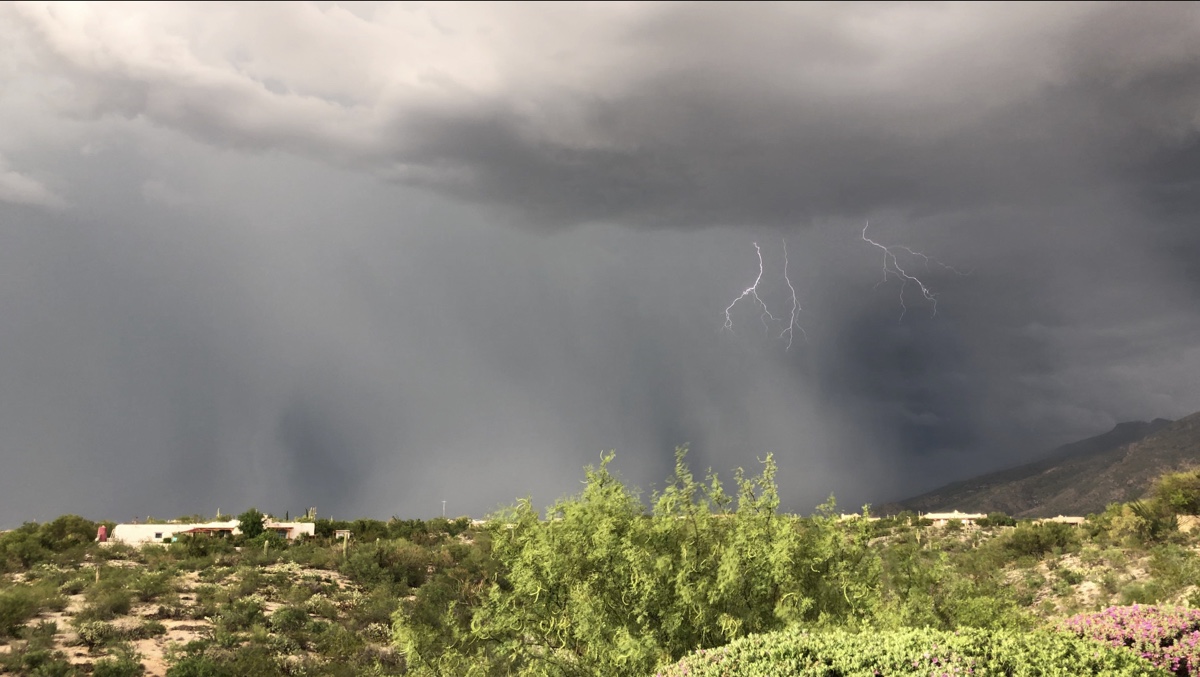 I’m getting better at capturing lightning shots with my trusty iPhone X. I’m tempted to put a “weather camera” up on the roof specifically for Monsoon Season so I can share the excitement with the world. Do people still do that sort of thing?

We’ll probably get another round of thunderstorms in the overnight. The National Weather Service has predicted a good chance of storms for the next 24 hours, and then it tapers off over the weekend. Monsoon Season likes to take a break and then ramp up again; we’ll probably see more storms next week.

As long as the house cooperates and holds itself together, I don’t mind the thunderstorms. They’re still quite thrilling to me. The thunder and lightning here reminds me of some of the storms we’d get on the Eastern shore of Lake Ontario where I grew up, though the storms here move much slower. My sister and I would camp out in the pop up camper set up in the driveway and together we rode through a couple of impressive thunderstorms. One time we brought the menagerie of cats in with us so they wouldn’t get wet. We had six or seven cats at the time. They appreciated the extra pets they would get.

I think they liked the attention more than the thunderstorms.

Truman doesn’t seem too upset by the storms. During the first one or two storms at the beginning of the season he’d station himself under the buffet in the dining room, but now he just hangs out with us during the frivolity.

Like his ancestors, he likes the extra pets more than the storms.