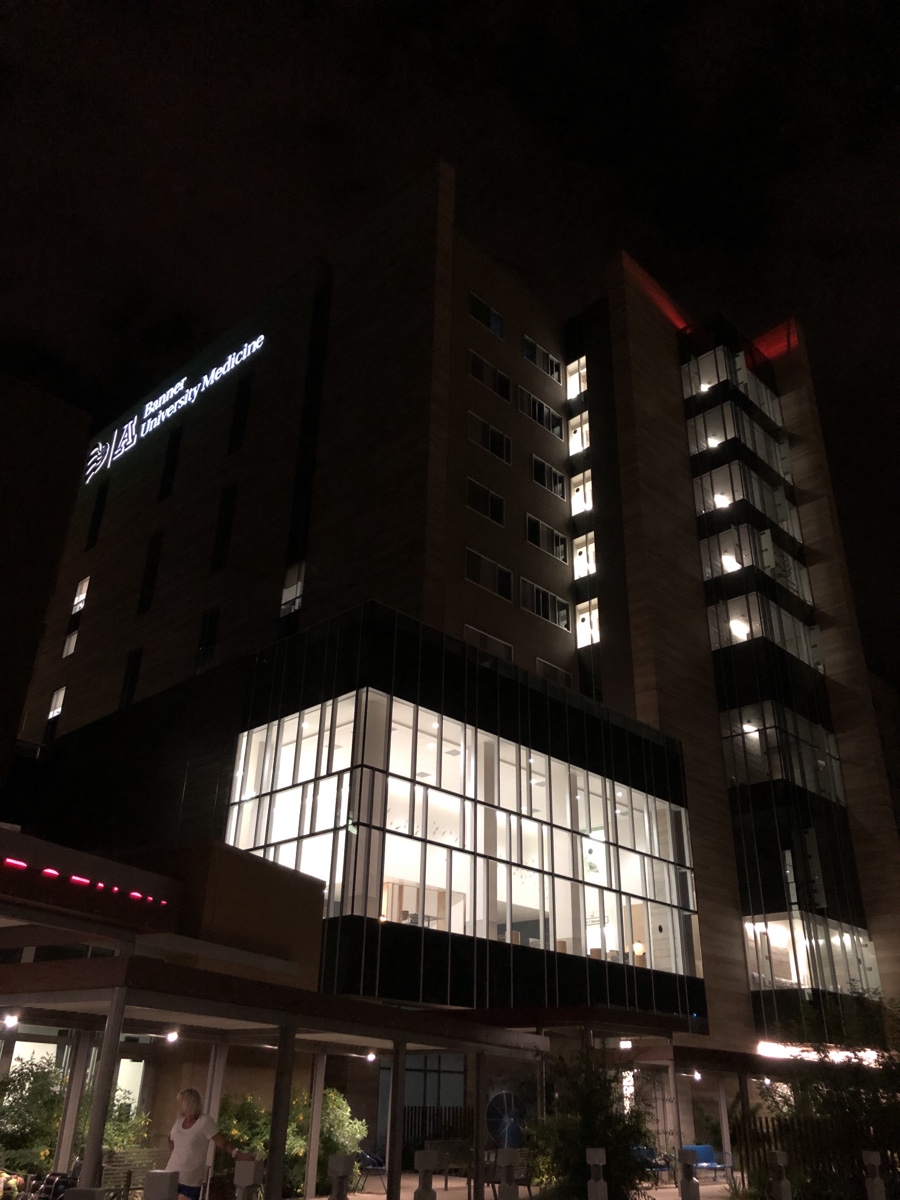 After a weekend at the ballpark, my husband realized he wasn’t feeling well on Monday. He said he had a pain above his abdomen. He tried to sleep it off but the pain would not subside, so at 11:00 PM he woke me up and asked him to take him to Urgent Care.

We went to the nearby Urgent Care center where they told us to go to the Emergency Room, since they didn’t have any machines to look at what could be wrong. We went to the Emergency Room. Honestly, the facility was a bit of a mess with chairs and wheelchairs strewn about. It was very cold and they were handing out blankets for soon-to-be-patients to wrap up in to keep warm. The computers were down (apparently it’s a nightly thing), but after a bit we got him registered and the wait began.

We were called in fairly quickly where they asked a bunch of questions and decided to do an ultrasound. I wasn’t allowed up in the ultrasound area; soon my husband was sitting with me in the meat locker like waiting room.

It was at this point that the hospital apparently lost interest in us.

Four hours later we were still sitting in the waiting room. We had checked on the status of where we were in line. Messages arrived via text advising we’d be seen in a few hours. My husband started falling asleep in the waiting room chair. He was seemingly comfortably asleep when we jerked awake and said to me, “I feel better but not great, but if I can sleep here, I can sleep at home”.

We let the check-in desk know we were heading home and that was the end of that ordeal. Later in the day he awoke from a long nap and declared he was feeling fine. I had grabbed a couple of hours of sleep and was making my way through the workday. All is well that ends well.

I have to admit, the folks coming through the Emergency Room were somewhat interesting. A man came in a skateboard and was promptly brought in because he had “broken heart syndrome”. We had the feeling they’d seen him before. Another man moaned really, really loud constantly and he was whisked into the bowels of the hospital. My husband decided that if we go to the ER again he’s going to moan loudly to get attention.