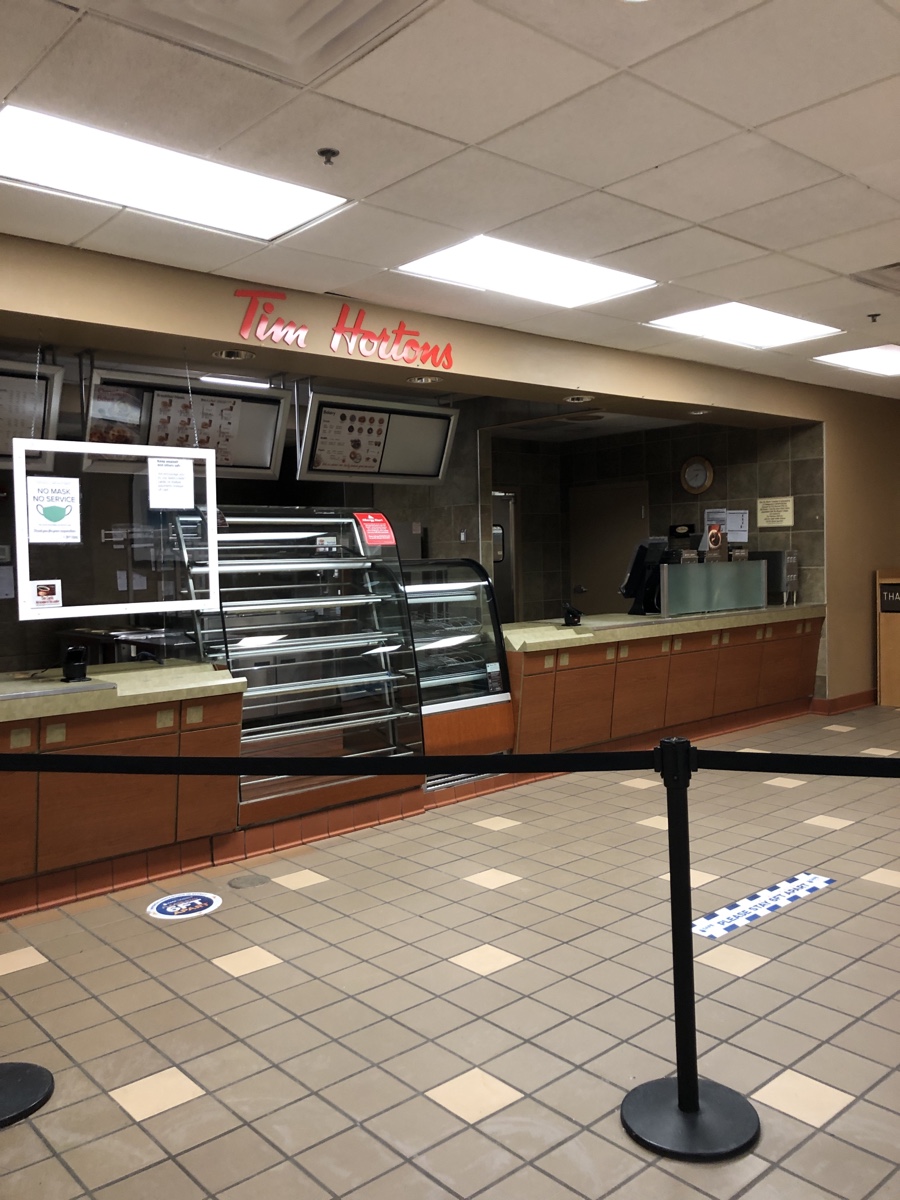 In the early 1990s the New York State Thruway Authority spent millions and millions of dollars to rebuild all of their service plazas along 496 miles of the toll road in Upstate New York. Old Howard Johnson’s and other 1950s buildings were razed and replaced or heavily redecorated to get the facilities ready for a 21st century motoring experience. Sit down restaurants were replaced with fast food selections, often alternating in either direction between McDonalds and something else. Sometimes the alternate was Burger King, other times it was Roy Rogers, and then there were Tim Hortons on the western half of the roadway. Other franchises made an appearance: Arby’s, Checkers, and Pizza Hut showed themselves at one time or another.

Nope, it’s closed down. And so was the pizza place there.

We opted for Arby’s. They don’t have brewed iced tea.

I believe all of these closures are a sign of the pandemic times. Theoretically there’s less people traveling. Before we moved to the midwest the Thruway Service Areas were starting to look a little sparse during the week; the pandemic has just made it worse. Thank goodness for Arby’s Curley Fries.

Apparently the Thruway Authority has a new vision for the service areas and will be ripping them down and replacing them again.

I have a hunch they won’t be as huge as the plazas today. That’s part of the past.