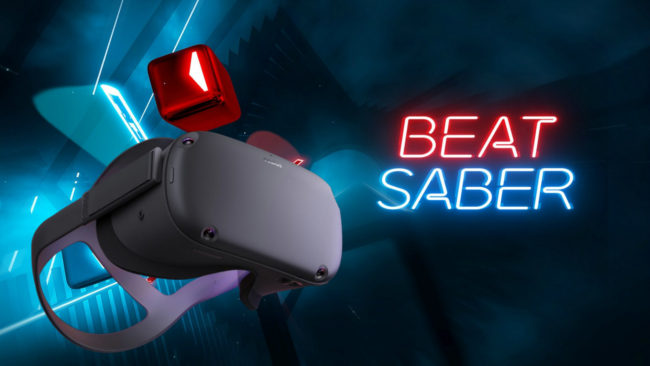 I think I’ve mentioned before that I’m really not a fan of fitness, especially a focused "working out" regimen. I find the practice mind numbing and exceedingly boring. Riding a bicycle, going for a walk, or getting exercise through natural means like hoisting lumber around the family lumber yard or slinging hay bales on an early summer day is fine, but when one is expected to do push ups or stare at four walls while yanking expensive slinkies, that is just not my jam.

My career entails sitting in front of a computer for many hours a day. I walk from time to time and I try to get "standing time" to make my Apple Watch happy. I’ve been doing push ups on a regular basis, and I will continue to do so, but again, mind numbing.

My husband and I bought ourselves an early Christmas present in a pair of Oculus Quest 2 VR headsets. I mentioned his headset on a blog entry a few weeks ago, we bought another headset which arrived this week.

I’ve been playing a lot of Beat Saber and my arms are killing me. My body feels more worked out than it has in the months since my last substantial bike ride. It’s a good burn and I’m enjoying the challenges of Beat Saber.

If you’re not familiar with the game, the player is in a neon 3D VR landscape with blocks and walls and the like flying directly at you in time with a music track. The idea is to hit all the blocks with light saber like devices, which are color-coded to the colors of blocks coming at you. Don’t hit the bombs, and don’t get run over by the walls.

I’m not a fan of shooter games or aiming guns at people in a VR scenescape, but the cardio workout around Beat Saber is a lot of fun and more importantly, mind engaging instead of mind numbing. 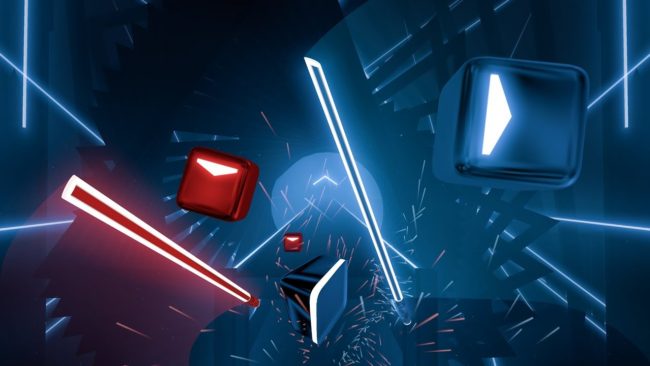 With multiple Oculus Quest 2 units in the household, my husband and I are able to play the game together. If the neighbors are watching across the alley, they see two middle aged guys swinging their arms in synchronized movement.

It’s a great way to get some exercise!