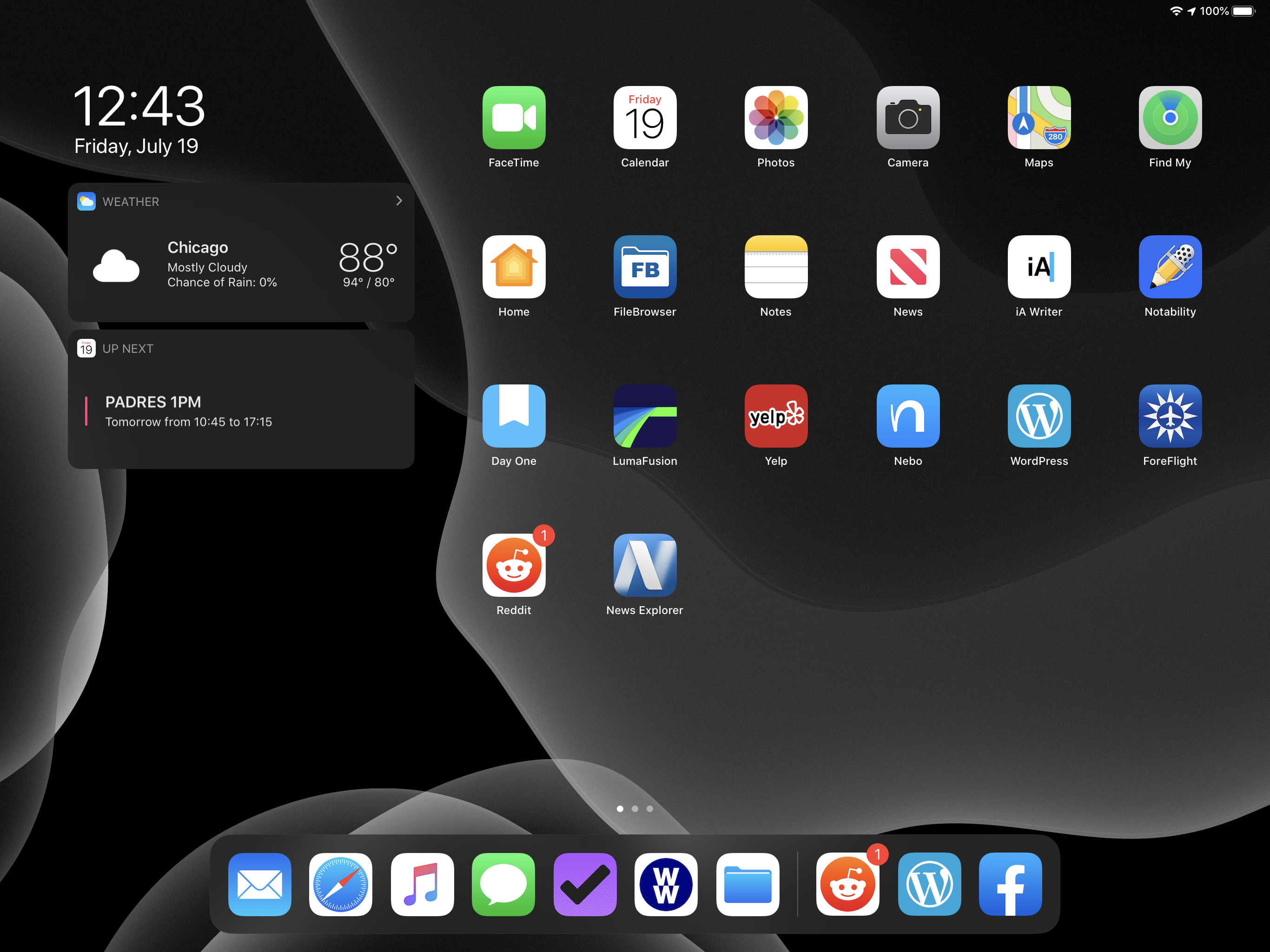 After hearing Apple had released Public Beta 3 of their latest version of iOS/iPadOS, and doing some reading on the stability of this beta, I’ve gone ahead and installed it on my iPad Pro.

I’m really liking what Apple is offering in iOS 13 and iPadOS.

Cosmetically, Dark Mode is gorgeous. This is dark mode done right, and it is a welcome relief to my eyes. One of the reasons I prefer to use a Mac at work is because of Dark Mode offered in Mac OS. It’s a lot easier on my eyes while staring at the screen for too many hours in the day. Windows 10 offers a Dark Mode but it is uneven at best and many of the apps just turn gray; Mac OS and now iOS/iPadOS turn much darker.

Performance of Beta 3 seems to be great, though I’ve been messing with it for only an hour or so. I briefly had Beta 2 on an older iPad and that was an unmitigated mess, this is much better and it feels like Apple Developers are making great progress on getting iOS 13 ready and stable for the assumed release in September.

I’m still trying to get into using my iPad Pro as my primary computer; I believe computing needs to be taken to the next level and tablets are going to be the way of the future. I’m eager to see where development from all players in the game take this next step. Maybe Apple will be the leader, maybe they won’t. Only time will tell.