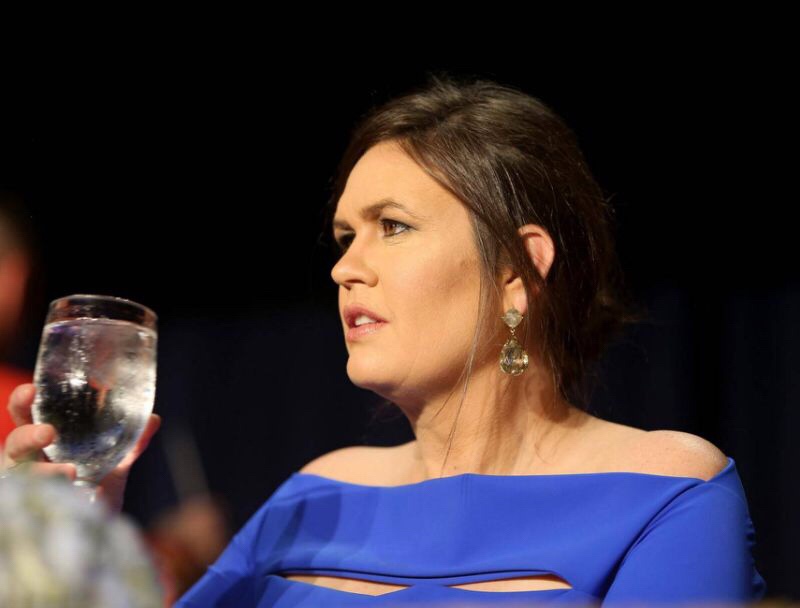 I don’t like Sarah Huckabee Sanders, the White House Press Secretary of the Trump Administration. I don’t know her either outside of what we see of her in the media, but I find her condescending, smug, and untrustworthy. To be fair, I compare her to fictional Press Secretary C.J. Cregg from “The West Wing”, and honestly, who can really compare to a character portrayed by Allison Janney? No one.

Twitter and its online brethren have been wild with commentary about Saturday’s National Correspondents’ Dinner, more specifically, comedian Michelle Wolf’s roast and monologue. I had never heard of Michelle Wolf until the brouhaha. She left no rock unturned. She took humor to the places we would have never dreamed of before the Trump Administration. She dug deep and she dug hard. I found most of it funny, but honestly, only when I wasn’t watching the video. When I watched Michelle do her thing I had a hard time seeing the reaction of the audience, including the various targets of Michelle’s monologue. This wasn’t a Dean Martin roast. Phyllis Diller wasn’t talking about Fang. This was someone taking roasted meat and using a well aimed slingshot, flinging this meat and squarely hitting their target. Hitting their target hard.

I have tweeted about Sarah Sanders too much. How does she sleep at night with all her lies? Her poor children. Why doesn’t the press corps just sit there and not challenge her on her lies. How can she stand there and state proven lies as fact while getting paid by the taxpayers. I have gone on and on and on.

But then I saw Sarah’s expression during one of Michelle’s jokes. And it made me sad. Is this really where we are in our country today? Have we abandoned all manner of intelligent discourse in our country? Are we reduced to vulgarity, screaming, yelling, and throwing out vile comments and remarks to get someone’s attention? Is this where we want to be?

Now, some are saying that Michelle attacked Sarah’s looks and that she went too far.

I like Sarah, I think she’s really resourceful. She burns facts and uses the ash to create a perfect smokey eye. ‘Maybe she’s born with it, maybe it’s lies. It’s probably lies.

Honestly, I found the monologue uncomfortable to watch and I can’t help but reflect that it’s the product of where we are in American politics today. Michelle’s humor was a result of what Tweeting would sound like In Real Life. People say these things, and much worse, on social media all the time. Hiding behind anonymity and not having to physically face their target. I’m very guilty of this.

But seeing the reaction of the person you’re lambasting while you’re saying it? Well, it makes me pause and become very aware of what my Tweets in the past would sound like if said In Real Life. At the very least, watching Michelle Wolf’s monologue at the National Correspondents’ Dinner has made me realize that I need to practice what I preach, and be a better Internet citizen.

I don’t dispute the content, but someone has to be the grown up in the room and start nudging the pendulum back to civil discourse and a celebration of sanity.